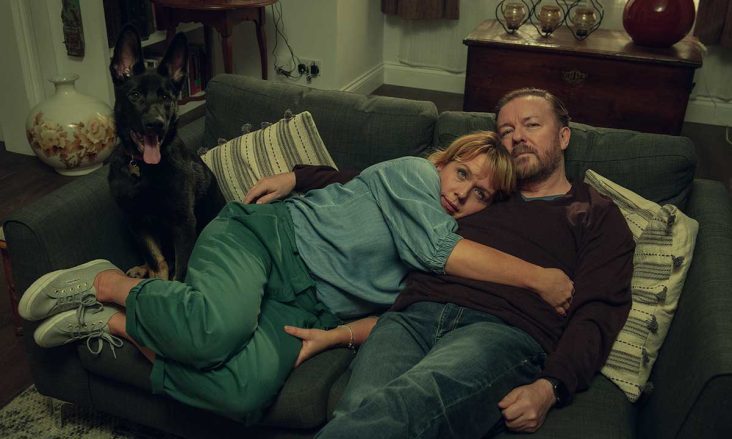 Ricky Gervais has been busy working on season 3 of the Netflix series After Life, which will be hitting our screens in January. Season 3 will be the last season of this Netflix original comedy series, as with most of Ricky Gervais shows, it will only have a limited amount of episodes, no matter how much the viewers want more. He does have more shows in the works with Netflix though, so don’t panic.

Ricky Gervais stars in After Life as Tony, a widower trying to find a new purpose in life since he lost his beloved wife. After she passes away from cancer in season 1, he turns into a horrible person, just being mean to everyone, but as soon as he realizes how much his family has been there for him he tries to mend his ways. In season 2 he’s still trying to be kind and help who he can while struggling with his own grief and depression. His grief will continue into season 3 of the black comedy; because he loses his father at the end of the second season we can expect that to be dealt with.

So far the first two seasons have been equal parts funny and sad, Ricky Gervais has shown a talent for making the viewer laugh and cry at the same time in his past shows, and After Life is no different.

Season 3 of After Life is due for Netflix release on January 14th, 2022. Watch the teaser trailer here: