Apparently, Hamilton isn’t the content you’re supposed to be watching to learn about America’s history and founding fathers. Instead, it should be America: The Motion Picture. From the minds of Spider-Man: Into the Spiderverse and Archer, this animated movie gathers America’s greatest and most famous historical figures. It’s just that I don’t think America’s actual history is what this film is after. Nevertheless, here’s everything you need to know about the upcoming movie!

The artists behind AMERICA: THE MOTION PICTURE give an animated makeover to the biggest new Netflix movies arriving every week this summer: pic.twitter.com/od6ScIMaCR

What is America: The Motion Picture about?

The very first thing you have to do when you’re about to sit down and watch yourself some America: The Motion Picture is to forget what your history class teacher told you about how America was found. Though the movie is supposed to be that, it isn’t quite what you’ll be expecting.

If you’ve seen the images, the videos, and the previews, you might have a clue on what America: The Motion Picture is truly about. In this animated explanation of history, chainsaw-wielded George Washington gathers the most all-star American team you can think of: Beer-induced Sam Adams, the great scientist in Thomas Edison, the horseman Paul Revere, and a man who needs anger management in Geronimo. This team aims to defeat Benedict Arnol and King Games in the American Revolution. At some point in time, you’ll soon come to realize that these people are anything but the Founding Fathers.

When is the release date of America: The Motion Picture on Netflix?

During Netflix’s Summer Preview trailer last month, original movies came flying into the subscriber’s field of view––and that included America: The Motion Picture. However, it wasn’t given too much importance since Wish Dragon and Blood Red Sky were crazily hyped during the preview. Though it was only a few seconds of America’s reimagined history, it left subscribers with an unfamiliar curiosity.

Either way, Netflix was quick on its feet, and in April, they announced that the release date of the film was on the 30th of June, 2021.

Who are involved in America: The Motion Picture?

Hold your horses, people. This is going to be a tough cast. And when I say tough, some of the funniest people in Hollywood are here to beat up your funny bones.

Channing Tatum is George Washington!
Olivia Munn is Thomas Edison!
Other actors are other characters!

Time to officially reveal the cast of AMERICA: THE MOTION PICTURE, crossing rivers to deliver you to a prosperous new horizon on June 30. pic.twitter.com/PWy1Yo62ms

Also leading their voices for the film are Andy Samberg, Will Forte, and Jason Mantzoukes with unrevealed roles.

America: The Motion Picture is directed by Matt Thompson and written by David Callaham. Phil Lord and Christopher Miller from Spider-Man: Into the Spiderverse are also helping out as producers. Whatever the case may be, this cast and crew are sure to bring this movie to life one way or another. 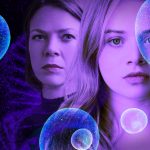 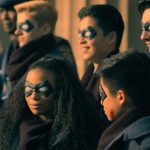