Okay, foodies, there’s a new cooking series on Netflix that will have you repeating Paris Hilton’s catchphrases as you watch. That’s right, the heiress who has her hands in a lot of cookie jars is back with a new cookbook: Cooking with Paris. The original series will be a six-episode love affair of all things delicious, based on her cooking show of the same name on her Youtube channel.

What to expect on Cooking with Paris

Hilton isn’t a cook, just so you know. She’d be the first to say something. She’s just a woman who enjoys cooking and is inviting her pals to cook up a storm in her kitchen. Parish Hilton hosts and stars in her own cooking show, but she won’t be cooking by herself. Friends and family from the entertainment industry will join her in the kitchen to shake things up. The following guests are scheduled to appear:

Hilton announced filming fresh episodes of her show when she spoke to People in May 2020. (which had a home on her Youtube channel at the time). Nicky, her sister, was in one of those episodes. Here’s the official synopsis from Netflix:

“Paris Hilton can cook…kind of. And she’s turning the traditional cooking show upside down. She’s not a trained chef and she’s not trying to be. With the help of her celebrity friends, she navigates new ingredients, new recipes and exotic kitchen appliances. Inspired by her viral YouTube video, Paris will take us from the grocery store to the finished table spread – and she might actually learn her way around the kitchen.”

Viewers will be treated to some wonderful, handmade fare over the course of six episodes. No one is predicting Michelin-star cooking, but you can bet things are about to heat up in this kitchen. Cooking is an art form, and not everyone is capable of mastering every dish. We’ll call it a win as long as nothing goes up in flames.

Are you excited for this new cooking comedy? Catch it on Netflix this August 3! 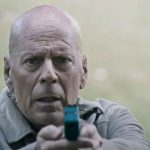