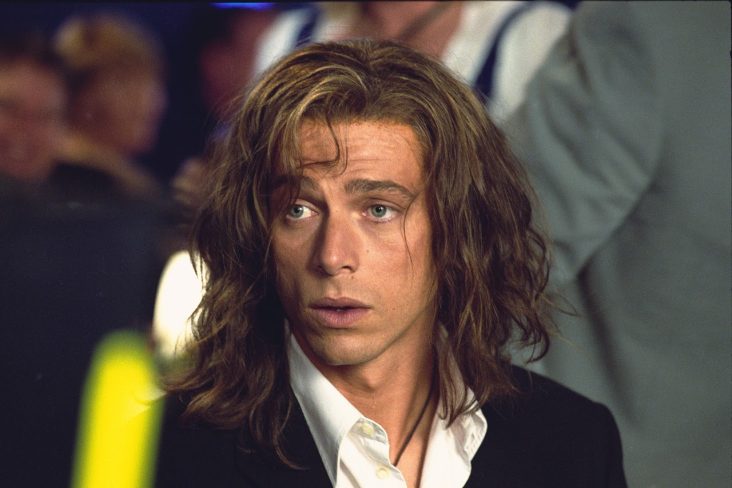 On the 28th of July American film studio and distributor The Asylum will release director C. Thomas Howell’s remake of The Land That Time Forgot.

Based on the famous 1918 Edgar Rice Burroughs novel and the 1975 feature film of the same name, The Land That Time Forgot follows a group of castaways shipwrecked on a mysterious island in the Bermuda Triangle who must battle for survival against man-eating dinosaurs and a stranded German U-Boat crew while trying to escape.

One of the stars of the new movie is Christopher Showerman. Showerman, who is perhaps best known for his role as George in George of the Jungle 2, kindly set aside some time from his unbelievably busy film schedule (he’s attached to a dozen new films in various stages of production) to answer a few questions by email about his role in The Land That Time Forgot and a few of his other upcoming projects.

Q. In The Land That Time Forgot you play a character named Stack. Can you tell us a bit about him.

CS: My character, Stack, is the first mate on the boat that gets lost at sea and eventually drifts to the land that time forgot. He has a lot of experience island hopping and surviving out there so he’s the guy you hope will save the day. 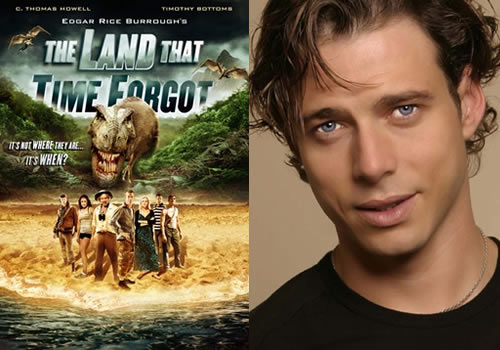 Q. Is the new film re-imagined in any way or is it fairly true to the original book/film?

CS: Darren Dalton penned this one and used the book as a reference. However, when Edgar Rice Burroughs wrote the first one, remember that WWI was called The Great War, so there was no such thing as WWII yet. Much of the script is updated so that modern audiences can connect with it.

Q. We’ve just finished watching The Aslyum’s Mega Shark Vs Giant Octopus. Have you seen that? One thing we were disappointed with was the lack of actual mega shark and giant octopus scenes. Can we expect more creature scenes from The Land That Time Forgot?

CS: I have somehow missed viewing Mega Shark Vs. Giant Octopus so I can’t speak intelligently about it. However, word on the street is, Octopus was a total diva and wouldn’t come out of her (Giant) trailer, therefore many of her scenes had to be rewritten without her in them. Conversely, Mega Shark was really cool on set but he had a bit of a drinking problem. Apparently fresh water made him a bit tipsy and more than once when needed on set he was found slumped over the water cooler.

Q. Have you seen a cut of The Land That Time Forgot yet?

CS: I haven’t yet seen it, but I’m sure it’s going to be unforgettable.

Q. What is C. Thomas Howell like to work for as a director?

CS: Tommy is great. He is a very collaborative director yet he didn’t let too many details bog him down so he could keep the shooting schedule moving at a breakneck pace. I was really touched that he thought of me for this role. He keeps things light on set and everyone enjoys being around him. 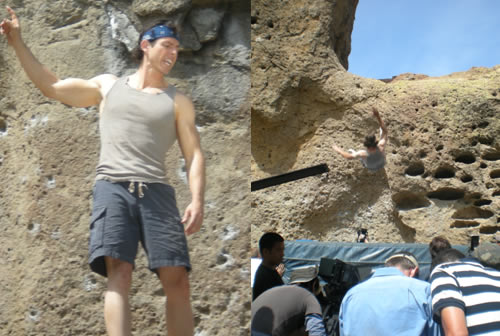 Q. You wrote, starred in and produced the supernatural western Between the Sand and the Sky. The film sounds really cool but hasn’t been released. What’s the story there and will we ever get to see it?

CS: I’m glad you like the concept – thanks! The film has suffered some hiccups, but you will get to catch it soon. Meantime, we’re knee deep in First Howl, Condition Dead 3D and Radio America – which you’ll hear more about very soon.

Q. You’ll be producing First Howl in which you also star as a police officer who is also a werewolf. Can you tell us a little about the film?

CS: First Howl is a very fun concept put to script by my partner Clint Morris. It’s about a cop who struggles with upholding peace and order during the day, then chains himself to the bed at night…because he’s a werewolf. It’s a love letter to the classic werewolf films like The Howling, American Werewolf and, of course, Teen Wolf. The script has been likened to Scream, in that it’s as funny as it is frightening. 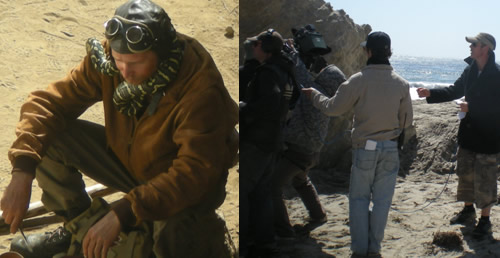 Q. First Howl was delayed but we’ve heard it’s back on track. Where is it at now?

CS: We’ve got several folks who have shown interest in it, thanks in a large part to the fantastic cast that Clint has assembled, and we should have some news in the coming days. Eric Stoltz, Stephen Tobolowsky from the new TV series Glee, C.Thomas Howell, Kristina Anapau and Muse Watson – just to shamelessly drop a few names – are in the film.

Q. There was a rumor at one point that you were in the running to star in the new Masters of the Universe film, now titled Grayskull. Was there any truth to that? Is there a chance you could still end up starring in Grayskull?

I cast myself in Masters of my Livingroom. I haven’t spoken to anyone involved in the current incarnation of the He-Man movie yet, but my name did come up back in the days when John Woo and Fox2000 were developing it. Would love to be considered for the film – but it depends on what young Joel Silver wants to do with it, and I hear he’s talking tweenager.

Q. At one point you were hoping to get the lead in Superman Returns. Now that Superman seems off the agenda are you still interested in super-hero flicks and if so, who would you love to play?

I’m always interested in making movies that tell powerful stories. That could be a superhero movie or a quiet drama. I love playing characters that are dealing with a monumental challenge while dealing with an even bigger internal challenge. 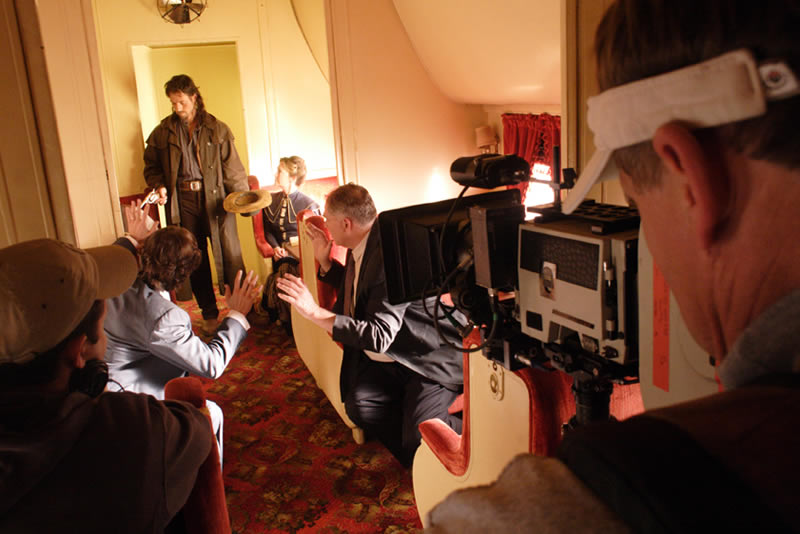 Q. Do you have any projects underway that we don’t know about that you’d like to share?

I’m recording some music today for a music drama called RADIO AMERICA. It’s akin to Once meets Rock Star. The story follows a couple of farm boys who love music and happen to be at the right place at the right time. When they experience commercial success it changes how they relate to the music, each other and the world. There’s also a couple of other films but nothing I can really discuss yet.

Thanks for taking the time to speak with me.

CS: My pleasure Darren. Love your work on Sci Fi Scoop, keep it up!

The Land That Time Forgot will be released on DVD July 28, 2009. You can pre-order it on DVD here. 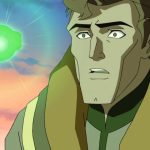 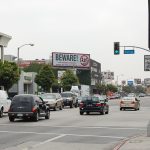