For the third time, the Doom Patrol team is back at it again to save the world in their own wackily old ways. Because of the pandemic, the fan-favorite thriller from HBO Max had to pause production even though it was already given the green light for a third season. But now, they’re up for the task and ready to give the people what they want.

The news of the production start was revealed through an image on Instagram by Thom Williams who serves as the stunt coordinator on the series. The photo features him and his stunt crew wearing masks and are socially distancing from each other.

“Are we about to drop the most awesome socially distant album in history?!” read Williams’ caption on the Instagram post. “No. We tried and none of us can sing worth a shit, so I guess we’ll just go film some season 3 of @dcdoompatrol,” he comedically continued.

The second season of Doom Patrol saw the unlikely group of heroes, again, try to save the world from its impending doom. After dealing with Mr. Nobody, they now have to stomach Chief’s (Timothy Dalton) betrayal and face the darkness of their personal pasts––removing pride from the equation and coming together, once again, as a team. As Dorothy Spinner (Abigail Shapiro) gets added to the mix, our heroes are the only ones who can stop the end of the world.

Behind the cameras are the amazing minds of Greg Berlanti, Sarah Schechter, Jeremy Carver, Chris Dingess, and Geoff Johns who are all serving as executive producers.

The release date for Doom Patrol is still yet to be announced, so let’s keep an eye out for that. 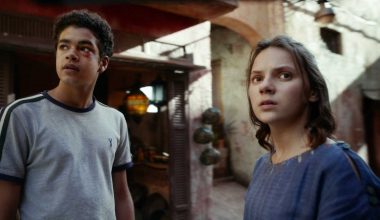 Read More
HHBO
HBO’s His Dark Materials is slowly approaching the end of the road once it releases its third and, unfortunately, final…
Follow Sci-Fi Scoop on Google News