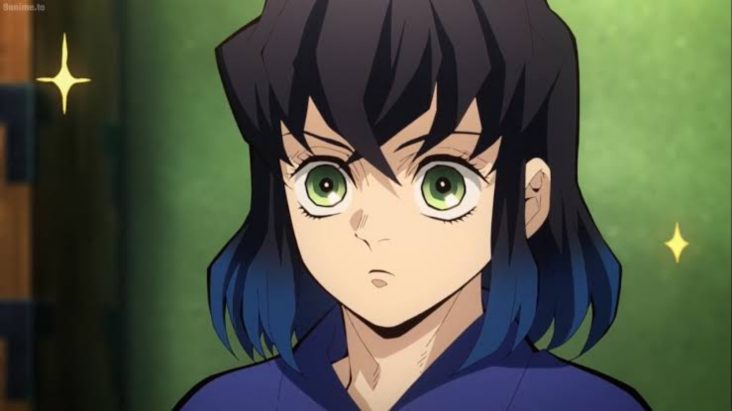 Inosuke Hashibara is one of the main supporting characters in the anime Demon Slayer. He is also a huge fan favourite due to his uncanny nature and quirky behaviour. This helped him gain popularity rapidly amongst fans. This shirtless boar headed Demon Slayer isn’t just strong, he’s also humorous. Often coming off as hot-headed, his grumpy demeanour leads to ever colourful scenarios. But, why does he always wear a boar mask, and who is he really. Is Inosuke a girl or a boy in Demon Slayer. For you, we’ve compiled the truth down below.

Inosuke is confirmed to be a boy in Demon Slayer. The long hair, pretty facial features, and bright eyes definitely tend to get people confused but that is just pure coincidence. We can further affirm that by not only hearing his grumpy man-like voice but also due to his muscular build. He also keeps refering to himself as a male during the course of the Demon Slayer anime which further bolsters are claim.

So why does he look like a girl, and why do people get confused about his gender. Those are relatively easy questions to answer but some people find that hard to believe as their eyes show them something else entirely. We’ll clear that up, along with any other misinterpretation that has been nagging at you.

Is Inosuke from Demon Slayer a boy or a girl?

Inosuke is a stern teenager of fair height and pale complexion. He possesses an extremely toned and muscular physique, which is quite impressive for his age. Large muscle mass, and defined cuts are most notable below his chest, and arms. An unexpected contradiction is present to this, he has an incredibly pretty and effeminate face. He’s got big bright green eyes that are lined by long eyelashes and thin eyebrows.

His thick, dark hair falls till up above his stomach, fading into blue near the ends. Some of them curl around his eys, forming an edgy fringe that highlights them spectacularly. Inosuke’s Demon Slayer Corps uniform is specifically altered for his shirtless liking, consisting only of Hakama pants, which are tinted with his signature dark blue look. He’s also seen wearing a fluffy thick belt made out of deer fur around his hip region.

His most defining feature is the gray, hollowed-out boar’s head he puts on. He speculatively does that to cover his beautiful face. The boar mask has been tampered with by him, so that he can see through it while fighting demons. It was later revealed that the mask had belonged to his late adoptive boar mother.

Looking at his pictures all of the above claims seem valid. His muscular build, stance, and edgy voice all belong to that of a man. That is nonetheless contradicted by his feminine face, which just happens to be a rather strange occurring. If he was in fact a girl, he wouldn’t be fighting shirtless, and his grumpy voice further confirms he’s a boy. The most indisputable fact that ascertains he indeed is a boy is that he always refers to himself as one.

His face does seem to be that of a woman, but so far what ever had happened in Demon Slayer confirms that he is a boy. Tengen had also pointed out that Inosuke does look like a girl but is actually a man, which made him the perfect choice as to choose as a courtesan in the Entertainment District Arc.

Does Inosuke act like a girl in Demon Slayer?

Inosuke is an extremely short-tempered and grumpy young man. He lets his pride as a fighter get in the way of his duty, which sometimes leads him to underestimate his opponents. This causes him to constantly pursue opponents who are way stronger than him. He wants to be credited as a skilled swordsman and he’ll take on anyone to prove that fact. This often puts him in life or death situations.

This has happened on several occasions, as when he thought he could take on Muzan alone in the manga. Definitely he did put up a great fight against him, and even members of the twelve Kizuki, but he still overestimated his capabilities at times. Inosuke seems to harbour much respect for Tanjiro, and Tengen, that’s why he’s always seen provoking them into a fight.

Inosuke grew up alone in the mountains and had bare minimum interaction with the world. This isolated childhood made him develop low self-esteem and a hunger to prove himself to everyone around him. It’s a sad tragedy of what his childhood was like, but out of that depression he was able to forge his body into that belonging to a great warrior.

Another interesting thing to notice about Inosuke Hashibara is his lack of common sense. He perceived the train station in Demon Slayer Mugen Train as a villain’s hideout, and even funnier was the fact that he was prepared to fight with the train as he thought it was the “boss” of the palace. Thank the thunder as Zenitsu was there to stop him from splitting his head open.

He’s seen becoming more serious over the course of Demon Slayer as he starts putting effort into every task. He considers Tanjiro and Zenitsu as family, and works just as hard as them. During his infiltration in the Entertainment District Arc, he did his utter best to take in his surroundings as a courtesan without much complaint. He keeps on maturing in the manga after that.

So after heavily analysing the traits of Inosuke Hashibara, we can definitely say he is not a girl and also does not behave like one. The beauty of his face sometimes confuses the readers into second guessing themselves, but hopefully everything has been cleared up to you now. 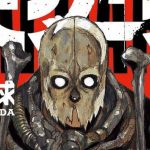 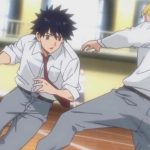