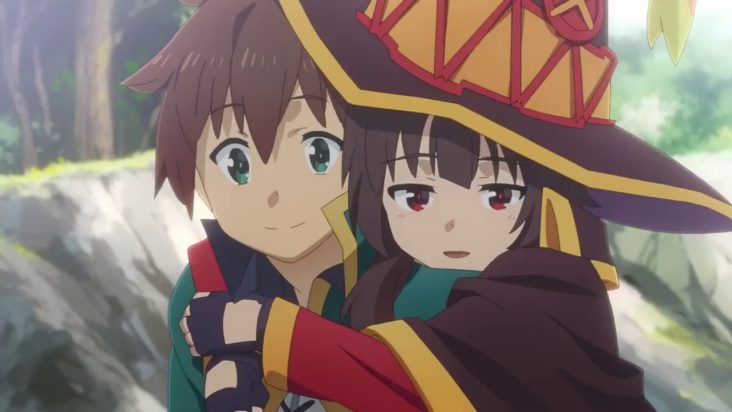 KonoSuba is best known as a harem anime with a humorous tone- and it delivers. Fans will be delighted to have their favourite group of misfits return soon to their screens, so they can have a hearty laugh about their lives. 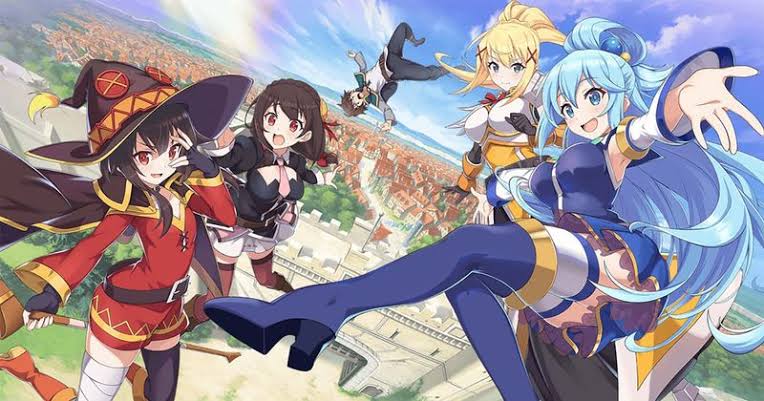 What Makes KonoSuba Such a Jolly Anime

Now it’s time to tell you about the Isekai cliché, where the protagonist dies a pitiful death by, you may have guessed it already, the infamous Truck-Sama.

Well to be honest I’ll let that one slide because KonoSuba is so warmly made thereafter that one can forgive that silly preface. You’ll witness Kazuma Satou who gets sent to the afterlife where he’s asked by an irksome goddess named “Aqua” that he will be reincarnated into another world-where he has to defeat a, you may have guessed it, Demon Lord! 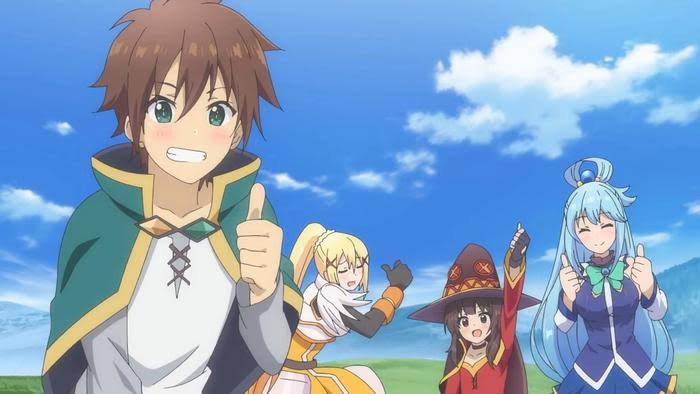 Well Aqua gives our shut-in the chance to choose one item to accompany him along his tiresome journey of retribution, and guess what, our jolly old boy Kazuma chooses Aqua herself! Thinking she might have insane powers, as she’s a Goddess, he was soon bamboozled to learn that she’s weaker than he is.

Kazuma soon meets people as useless as he is, like their personal nuke Megumin– a mage who knows only one spell that decommissions her for the day after use. Did I tell you about Darkness? She’s such a naughty masochist that turns even the most innocent of dialogues into something embarrassing. 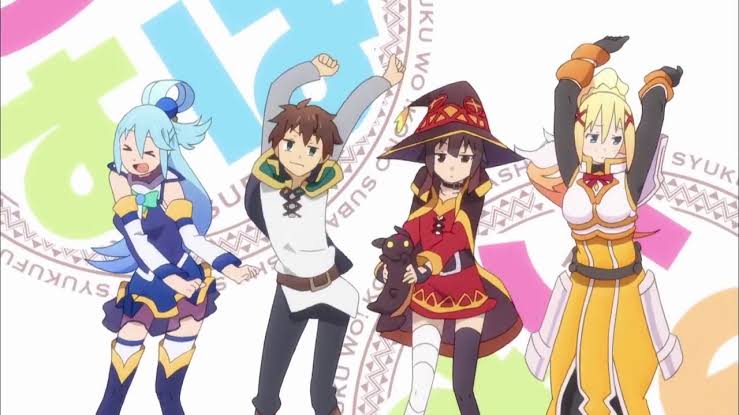 KonoSuba might have some “to the book isekai” feels to it, but most of that is overshadowed by the splendid use of comedy and heart warming characters.

KonoSuba’s season 1 received a rating of 8.1, later season 2 debuted to a MyAnimeList score of 8.3, and now presumably season 3 is going to be even better as per the manga’s story.

There are a total of 20 episodes combined from both seasons that seem low for such a good anime. Aside from that there was a movie released as well, and now a spin-off coming along with season 3.

KonoSuba’s fandom is evergreen with 1 Million+ members, so make sure you’re one of them.

Also check out the Death Note One-shot if your in mood of a quick read. 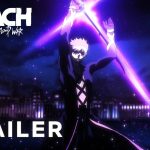 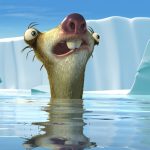