The Society is one of the most popular sci-fi dramas on Netflix and it’s for an excellent reason. After releasing on the 10th of May, 2019, fans have been on the verge––waiting for the second season to finally drop.

Gladly, Deadline confirmed that the renewal of the famous sci-fi series will, and should be, happening. However, because of the on-going pandemic and frustrations with production, it’s been hard to gauge just a matter of when the series will actually come back. Reportedly, season two was expected to be released during the latter parts of 2020––and yet we’re still here waiting for any form of news regarding the subject.

Sadly, things have changed now. Because of the coronavirus and the inevitable effect on all on-going series, the streaming giant decided to just put the sci-fi series on the chopping block. Just like any other series during the pandemic (especially ones on Netflix), one of the heavier reasons they dropped the show is because of the looming budget due to the security protocols because of the pandemic––resulting in the cancellation.

People have been clamoring on Twitter to revive the series. Remember, this worked wonders for Anne With An E and I’m not sure why it won’t work with The Society.

#savethesociety @netflix
Renew The Society for 2nd season
People are getting angry on your nonsense decision
Renew it
Or we will cancel our subscriptions….

Netflix and COVID ending “ The Society “ still pisses me off

Can we have the society back now? I feel like I’ve been punished long enough @netflix

If ever it does happen, expect the cast to return to sets––just like how the original season two should have gone. There’s less chance for viewers to find the light in the return of the series, but luck and a little bit of perseverance should go a long way if you want the series to come back. 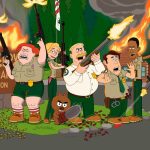