Netflix has released the first teaser trailer for their exciting new documentary series, eagerly awaited by soccer fans around the world. Neymar: The Perfect Chaos is a three-part docuseries focusing on the rise of Brazilian football player Neymar da Silva Santos Júnior.

LeBron James and Maverick Carter are executive producers on Neymar: The Perfect Chaos, producing the series with their brand, Uninterrupted. David Charles Rodrigues, known for the amazing documentary Gay Chorus Deep South, is the director.

Neymar: The Perfect Chaos will be available to stream on Netflix from January 25th, 2022, with each part of the series running for 40 minutes. It will show us snippets of Neymar da Silva Santos Júnior’s history, his journey as he becomes one of the best players in the world, from playing for Santos FC, his years with FC Barcelona, with the Brazilian National Team, and now with his current team, Paris Saint-Germain. It will document the many ups and downs of Neymar’s career, and the controversies associated with it, as well as delving into the marketing side of the football star’s career, with his marketing being run by his father, Neymar da Silva Santos.

Neymar is one of the most iconic figures in the sports world at the moment, and with the documentary series featuring interviews with some other sports icons and football legends like David Beckham, Lionel Messi, and Kylian Mbappé discussing the Brazilian football star, this documentary is sure to be an interesting look into the life of such a high-profile footballer. 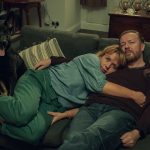