Ah yes, to no surprise at all, the production of Stranger Things‘ fourth season is out and about. Social media has been the haven of spoilers containing images of certain production sites with our favorite stars enjoying the grind together. As season four comes near, there have been certain images circulating around the internet, and it’s Stranger Things‘ new star in Levon Thurman-Hawke, Maya Hawke’s brother.

The 18-year-old is the second eldest child of Ethan Hawke and Uma Thurman as well as the younger brother of our favorite star in Maya Hawke. Looking at his IMDb, Levon’s screentime hasn’t even hit a millisecond yet––so this being his first official acting gig might set him up for future projects and stints.

If you don’t know Maya, then we’re not friends. Kidding aside, Maya Hawke portrays Robin in the series, one of the greatest things to happen in Stranger Things history––especially the third season.

As far as the images on social media go, Levon has most likely been on scenes with Joe Keery aka Steve Harrington in the series and probably other stars of the show and members of the crew.

There have been no announcements as to who Levon will be playing in the series––or will his character be seen in just one episode or will it be a recurring casting for the series and its upcoming season.

Considering that Levon is the real-life brother of Maya, him ending up in a role where he’s either the brother of Robin or any close relative makes the most sense. Maya’s character hasn’t gone much into detail in the third season so somehow focusing on her life and how she got into certain situations in the series might be one of season four’s main storylines. Good move, actually, since everyone and their grandmothers loved her in the series.

Netflix Series, 'The Umbrella Academy', to Film Season 3 in 2021 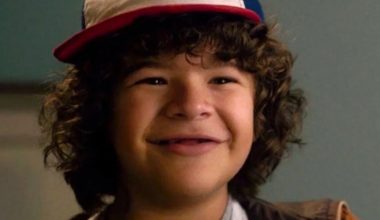 Read More
SStranger Things
The fourth season of Stranger Things has been the talk of the town since the third season finished. The pandemic,… 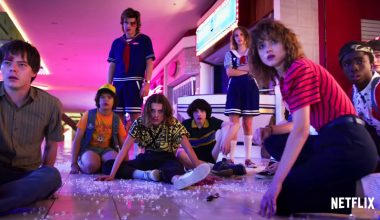 Read More
SStranger Things
The cast of Stranger Things is up to their shenanigans again. From beating a Demogorgon from the Upside Down… 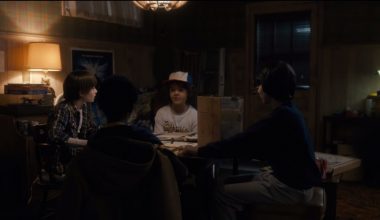 Read More
SStranger Things
The first time we met the Stranger Things characters, we were introduced to some of the most passionate Dungeons &…
Follow Sci-Fi Scoop on Google News