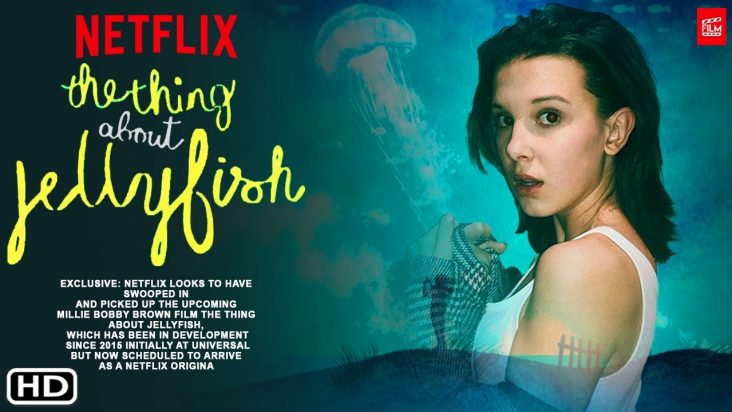 Netflix is at it again. They just don’t miss a beat, do they? This time, the streaming giant has successfully claimed the upcoming Millie Bobby Brown film The Thing About Jellyfish. Originally, the movie was supposed to be slated to release alongside Universal in 2015 but is now scheduled to arrive on the streamer as an Original.

What is The Thing About Jellyfish all about?

The Thing About Jellyfish is directed by Kenyan director Wanuri Kahiu (responsible for the first LGBTQ film in the country, Rafiki). Alongside Kahiu is Orange Is the New Black‘s Molly Smith Metzler who penned the script,

Aforementioned, the film has been in development since 2015 and was announced through Reese Witherspoon’s Instagram. Witherspoon will be producing alongside Big Little Lies and The Nightingale‘s very own Bruna Papandrea.

The plot of the movie is as follows:

“Suzy is wonderfully dorky and smart girl whose parents are recently divorced and who just lost her best friend Franny in an accident. She has elected not to speak any longer and goes through seventh grade not talking to anyone, which worries her parents to no end and lands her in therapy. She can’t deal with Franny’s random death and seeks a logical explanation for it that soon has her theorizing that a deadly jellyfish native to Australia might have entered the waters off New England and killed her. In between she flashes back to memories of how in reality she and Franny were besties and eventually drifted apart. She enlists class pariah Justin’s help and tries to catch jellyfish at night to prove her theory, then attempts to fly to Australia to consult with an expert, and finally goes out in a storm with said expert and get stung herself after falling overboard, only to wake up in the hospital and learn the expert was a figment of her imagination, there were no jellyfish, and she nearly drowned. Finally she is able to come to terms with Franny’s death and get on with her life, and talking.”

Who is cast in The Thing About Jellyfish?

Well, currently, only Milli Bobby Brown is attached to Netflix’s The Thing About Jellyfish. As you may know, Brown is widely famous for her role as Eleven in the streaming giant’s Stranger Things. Besides that, she also starred as Enola Holmes in, well, Enola Holmes and will be also be seen in the highly-anticipated Godzilla vs. Kong.

As for the movie, Brown will be playing the role of Suzy who is described as:

“A dorky and smart girl, who retreats into the quiet after she loses her best friend and decides to embark on a journey to find the truth about the real cause of her best friend’s death.”

What’s the production status on The Thing About Jellyfish?

Netflix isn’t really fond of updating us in terms of production. However, some clues can be derived from the main star’s list of events. First of all, Brown is currently filming the fourth season of Stranger Things. To add to that, it’s been rumored that Enola Holmes is slated to have a sequel. Either way, until Brown’s schedule of events allows her to film for The Thing About Jellyfish, maybe that’s when we’ll be getting an update.

Not to mention Brown is also attached to The Girls I’ve Been and Damsel. She’s quite the busy kid, you know?

Millie Bobby Brown will star in & produce THE GIRLS I'VE BEEN. A new Netflix film adapted from Tess Sharpe's novel, the thriller follows a con artist who must use her powers of persuasion & impersonation to free herself, her girlfriend & ex-boyfriend from a bank hostage situation pic.twitter.com/5kCObjxw78 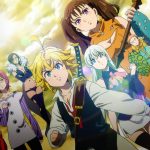