Netflix Series, ‘The Umbrella Academy’, to Film Season 3 in 2021

The third season of The Umbrella Academy is one of the most awaited announcements in recent times, and it should be. With Netflix yet to officially renew (or cancel) the series, the new production list says that season three is heading towards the filming stage next year, February 2021.

ProductionWeekly had the first bit of news that the production of the third season is set to start on the 1st of February, 2021, and also have their eyes set on concluding the filming in August 2021.

Unfortunately, that’s a bit of bad news for those who were, and are still, optimistic about a 2021 release. However, it does also depend on how post-production will be working on the series––but granted that it’s a quality series in The Umbrella Academy, there really is no way to assume especially considering what may be Netflix’s coming-back checklist during the pandemic.

Just a little background on where The Umbrella Academy post-production fits the schedule. The second season of the series ended their filming in November of 2019, yet season two arrived a couple of months later in the summer.

Just like the previous seasons of the series, the third season will also be filmed in Toronto. Of course, all this is still undecided considering the fact that the streaming giant has the final say––but with a cliffhanger such as the second season’s, it’s like audiences are already set for a third installment.

Until Netflix does something to alleviate the voices of The Umbrella Academy fans, the news of its filming is the best thing they’ve heard all day. With the likes of The Society and I’m Not Okay With This combined with the streaming giant’s intention to return into production yet didn’t, who can really tell? Take into account that these series were also being developed for future seasons, just like The Umbrella Academy.

So, if anything, let your voice be heard if you want the series to come back. Netflix hearing your voice is one way to make a series renewed a lot faster. 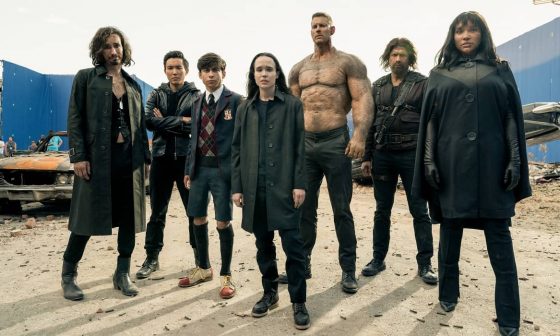