Oh, hello. What do we have here? It looks like the third season of Virgin River finally has a release date. Here’s everything you need to know about Season 3 so far!

What is Virgin River all about?

Virgin River is a feel-good series revolving around the story of Melinda “Mel” Monroe. Mel is a nurse practitioner and midwife who gives up on the big city after her husband’s death. She pulls herself together and chooses to start anew by taking a job in the small California town of Virgin River.

Has Virgin River been renewed?

The first time fans and audiences heard of the third season of Virgin River was in July 2020. Through a production listing that said the series was in development for four months––from August to December 2020––fans were extremely ecstatic for the news.

It wasn’t until the 19th of December did Netflix officially announce Season 3 to the public––when the third season was, theoretically, almost finished filming. Here’s the official @NetflixQueue tweet about the announcement! In any case, that short video was the only piece of evidence a lot of fans were grasping on.

#VirginRiver fans — good news: the show was just picked up for a third season! pic.twitter.com/ingnnE8fP4

When is the release date of Virgin River Season 3 on Netflix?

After a slight mishap from Netflix France about the release date of the series, we can look past that and move on. The third season of Virgin River is set to release on the streaming giant on the 9th of July, 2021! After finishing its filming way ahead of schedule, we’re excited to see what this next season is all about.

Who are attached to Season 3 of Virgin River?

Obviously, the core cast will be returning to the ring. However, there are a lot of names dangling for the third season.

As for new castings, well, see for yourself!

Though the last three names aren’t really the big story characters, they’re still worth mentioning since Virgin River doesn’t have the biggest, most expensive cast on Netflix. What’s great about these talents is that they’re delivering so much more to the table compared to other stars of other shows. For a small show to be this big and talked about, the only thing fans, audiences, and articles like these can do is to give credit where credit is due.

It doesn’t end there, though, as very recently, it’s been reported that Kai Bradbury would also be featured in the third season as Denny. Bradbury is known for his projects such as Warigami and Motherland: Fort Salem. 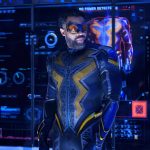