No luck finding Yellowstone on Netflix, Hulu, or Amazon Prime? Well, look no further! There are plenty of ways to stream the addicting Paramount Network drama without traditional cable or major streaming service (and many of them are free!).

Yellowstone is a popular drama set in the beautiful American west. Kevin Costner stars as the patriarch of the Dutton family who owns a sprawling ranch in Montana, near the titular national park. The show was created by Taylor Sheridan, known for writing gripping, critically acclaimed crime dramas like Sicario and Hell or High Water.

The Dutton’s must deal with a number of threats to their lifestyle and their family’s land, as conflicts over land development and political influence erupt between the family and their neighbors. The show is an action-packed epic that has become one of America’s most-watched scripted television shows since it debuted in 2018

Keep reading to see all the places online where you can enjoy the gripping drama of Yellowstone without the need for traditional cable.

Stream Yellowstone for free on Peacock

Binge every episode of Yellowstone (and be ready for its return in season four) by signing up for Peacock, the NBC affiliated streaming service. Peacock is also home to a number of popular television shows like The Office and Parks and Rec, as well as live events and blockbuster movies.

Stream Yellowstone on Your Smart Device

Once you are signed up for a streaming service, download the app to your smart device.

Get Every Episode of Yellowstone

Don’t want to deal with a monthly payment for a streaming service but still don’t want to shell it out for cable? If you want to own every season of Yellowstone to watch again and again, you may want to consider buying the series through a Cloud service. There are plenty of places where you can buy each season of the show digitally and download them to your smart tv for repeat viewing. 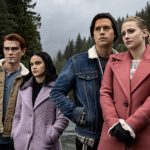 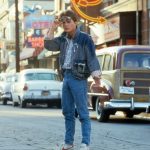