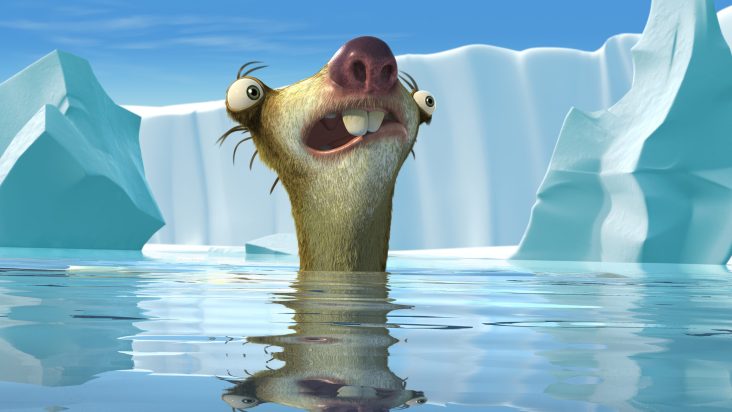 The Ice Age franchise is one of the 21st century’s earliest entries into the animation industry. It’s also one of the few that paved the way for the animation industry to become the empire that it is today. Over the years it’s released movies, short films, and even its own TV specials and series following the icy adventures of Manny the mammoth, Sid the sloth, Diego the sabretooth tiger, Scrat the squirrel, and many more of Ice Age’s iconic cast.

The Ice Age iceberg (heh) has become somewhat complicated to follow and watch due to the sheer number of features it’s produced. So, here’s the lowdown on the order of Ice Age films for the newcomers who want to get into it or even the OG fans coming back to the franchise after a long time and being confused by it all.

The chronological and release orders are basically the same for those who prefer one over the other. The only exceptions are:

The watch order here will be the chronological watch order, if you want to go purely by release order, follow the two exceptions above. But to be honest, it’s not that big of a deal as the differences in the two orders are very minimal and shouldn’t really affect your viewing experience. 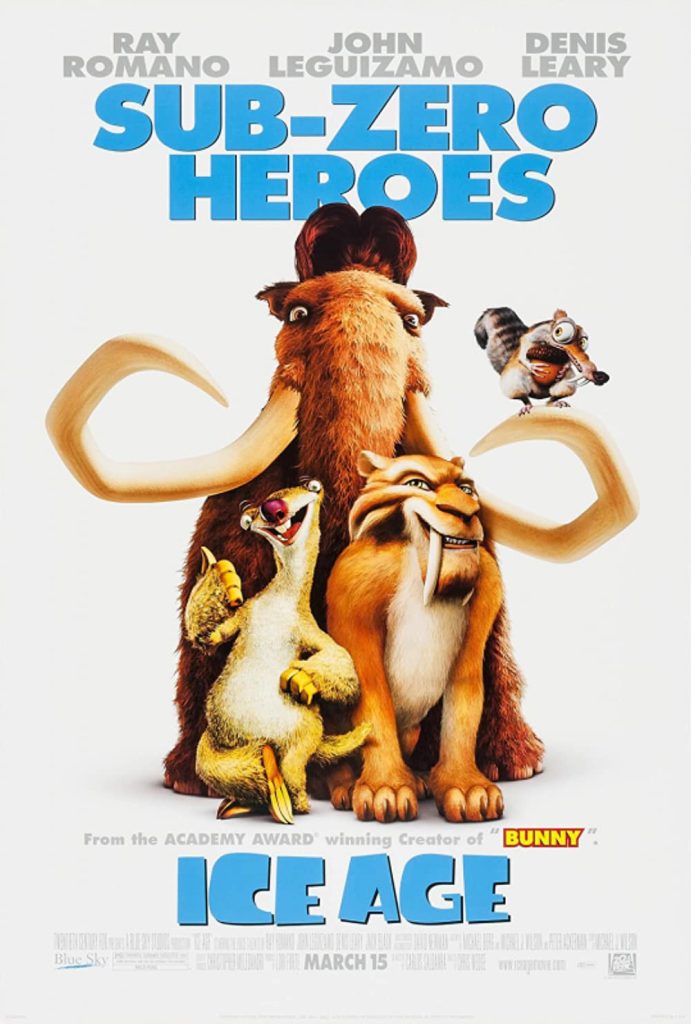 The movie that started it all. Manny (a grumpy mammoth who prefers going solo), Sid (a clumsy but lovable sloth), and Diego (a cunning sabre tiger) form an unlikely (and uneasy) trio. Their mission? To return a human baby, who has just lost his mother, back to his tribe.

But not all is as it seems. Diego seems to have other agendas, and how exactly did the baby get separated (or who separated him) from his tribe in the first place? Join the trio in their wacky mishaps as they strengthen their bonds to face whatever challenges they face. 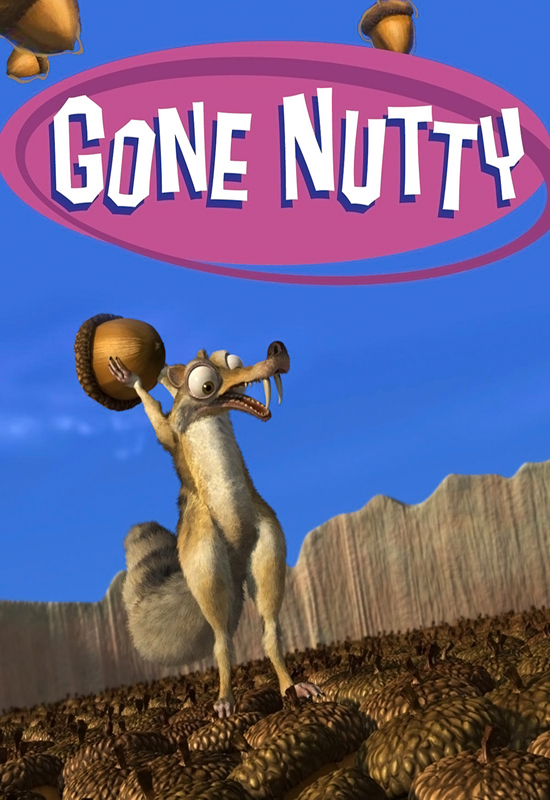 The first of many short films. And like most of them, this one features Scrat’s hilarious antics and efforts in trying (in vain) to collect acorns. 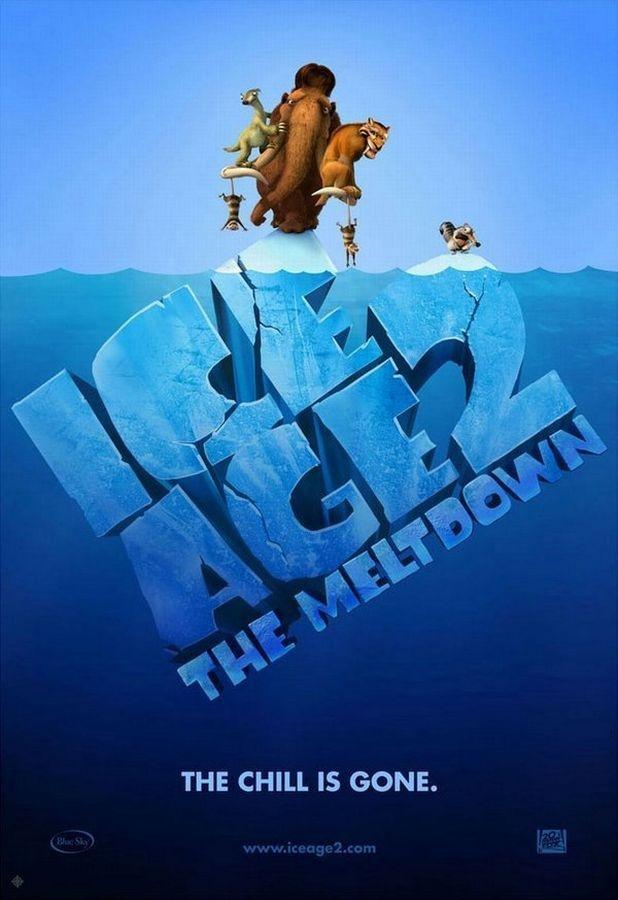 The second movie revisits our beloved trio in the ever-progressing ice age. They discover that the peaceful life they’ve been living in the valley is soon coming to an end. The entire valley they’re currently in is surrounded by tall, enormous ice walls. Those ice walls are holding back a huge body of water just barely, and are continually weakening/melting. Once the ice walls give, the entire valley is going underwater.

Thankfully they receive information about there being a boat on the opposite end of the valley that can keep them safe in the flood. Manny, Sid, Diego, and the rest of the animals have only three days to get there.

Along the way they meet Ellie, a cheerful mammoth raised and taught to be a possum, along with her “brothers” Crash and Eddie who are real possums. Though not getting along with Manny and the gang at first, these three join them to avoid drowning in the flood. 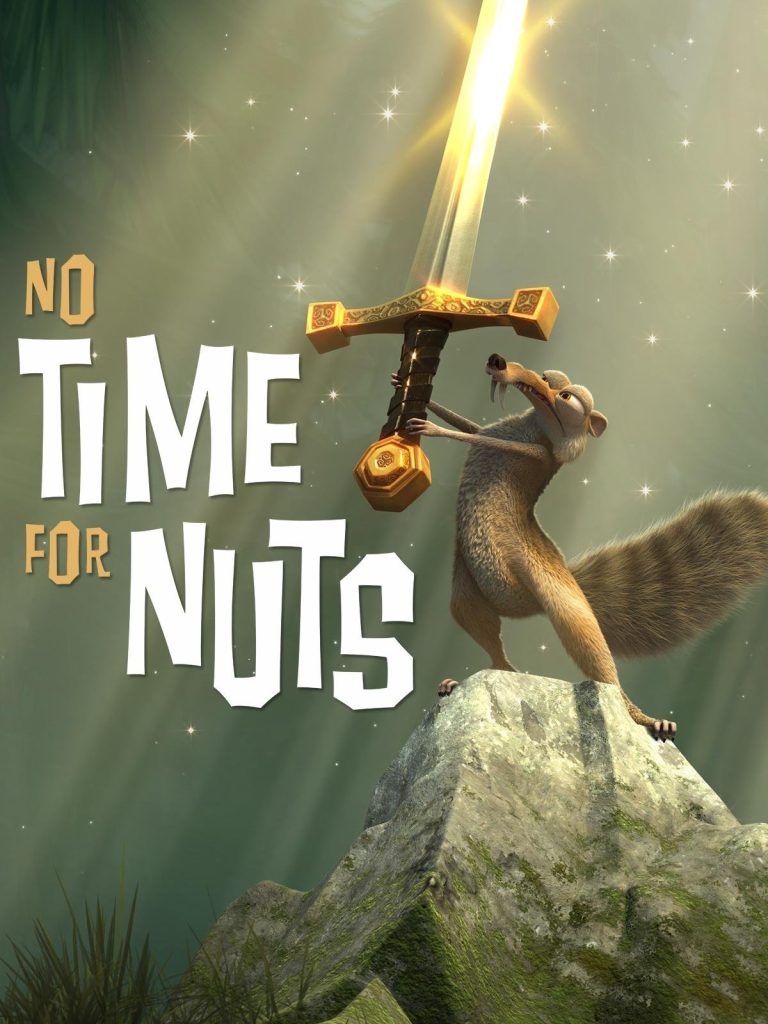 Once again follow Scrat in his never-ending quest for acorns. This time through time itself. Scrat’s acorn gets flung across time by a hidden time machine, with the squirrel right behind it! 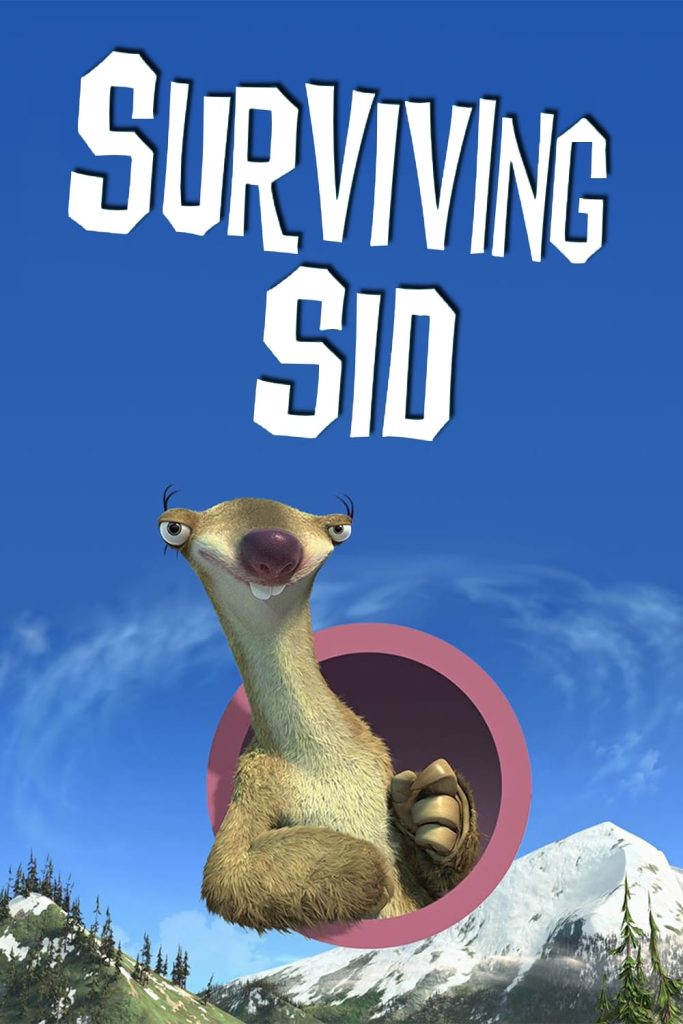 This short film focuses on Sid the sloth. He leads a group of children as a camp counselor, trying to teach them outdoor skills he clearly doesn’t possess. 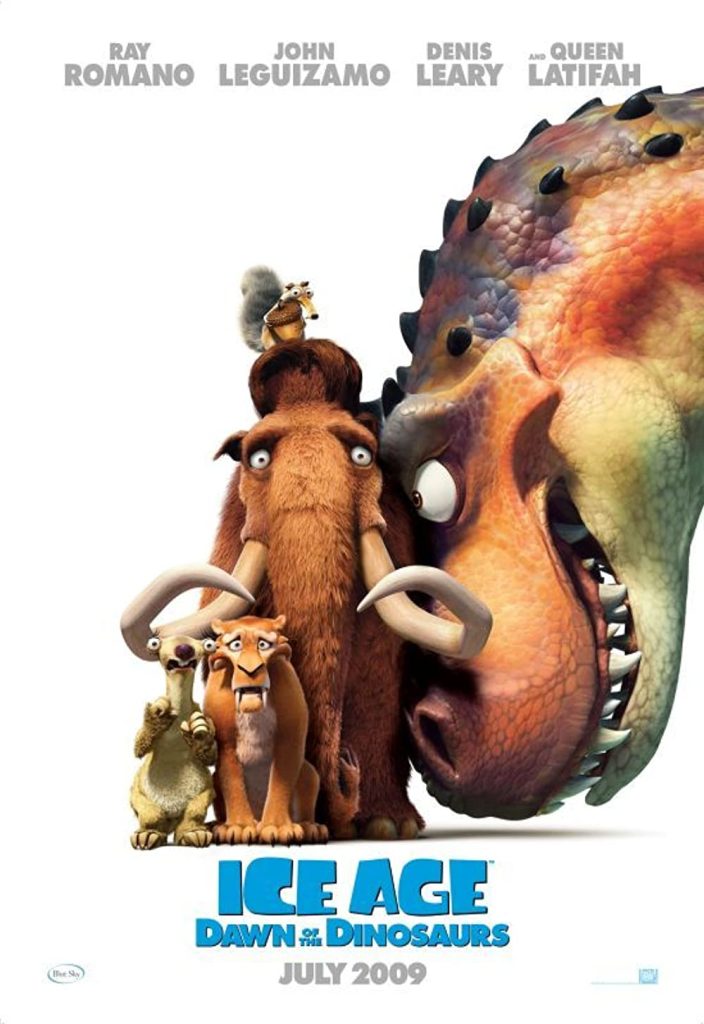 The movie starts with Manny married to Ellie and the latter pregnant and expecting the baby to come soon. Diego starts considering leaving the herd due to him thinking that being with the others has made him soft. Sid on the other hand is jealous of the family Manny and Ellie are going to have.

Coincidentally, Sid finds three dinosaur eggs that soon hatch. He decides to take care of them as his own. The mother of these baby dinosaurs appears soon after to claim her children and bring them, and Sid by accident, back to the underground jungle where dinosaurs have apparently continued to thrive in.

There they meet Buck, an eccentric weasel who knows his way around the jungle. Buck helps them in finding and rescuing Sid while trying to survive encounters with his arch-nemesis Rudy. While all of this is happening, Ellie’s child’s birth is approaching ever so closer.

As a subplot, Scrat finds a female squirrel named Scrattle and struggles with his desire for acorns, and Scrattle attempt at making him fall in love with her (all so she can keep the acorn herself). 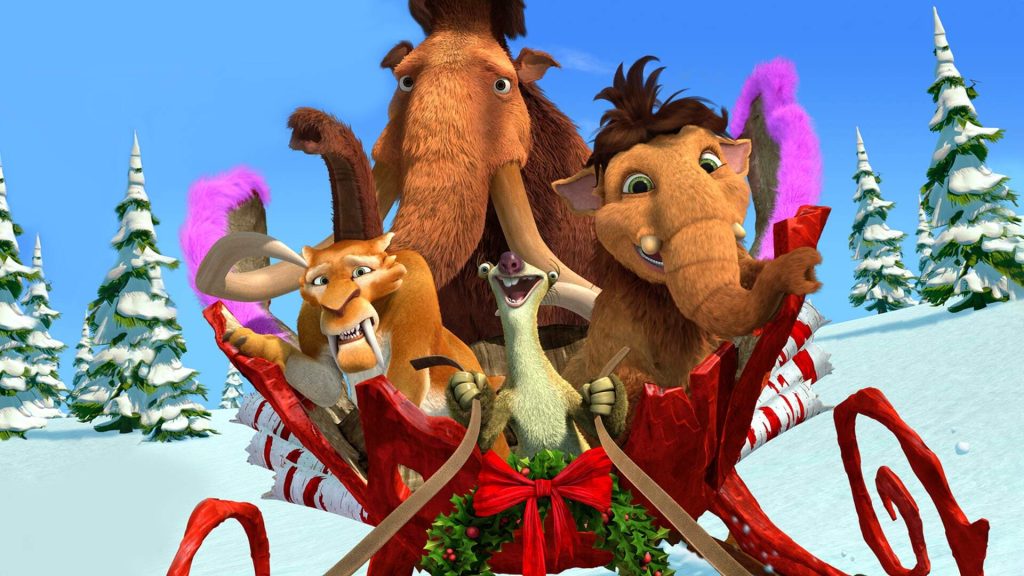 This is the story of Sid who ventures with Crash, Eddie, and Peaches (Manny and Ellie’s daughter) to find Santa because Sid fears that he may have ended up on Santa’s naughty list.

This is simply a promotional film for the next full-length movie. It shows Scrat humorously and accidentally creating the continents.

A second promotional film for the next movie. This follows Scrat’s further adventures in obtaining an acorn. 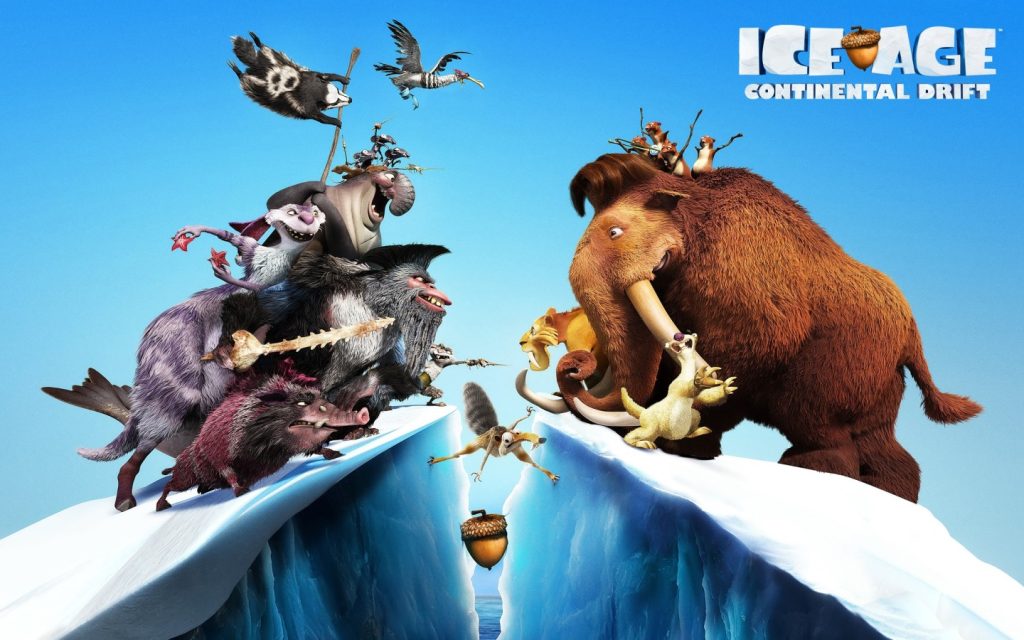 The fourth movie is about Manny and the crew facing the reshaping of the Earth’s continents. Along the way, Manny has to realize that his daughter will one day go her separate way from them. Sid also finds his Granny, a cranky old sloth, and she joins the group.

The group gets separated by the shifting continents and has to find its way back together. They will also face various other threats like pirates and sirens all while trying to survive the planet’s violent shifts. 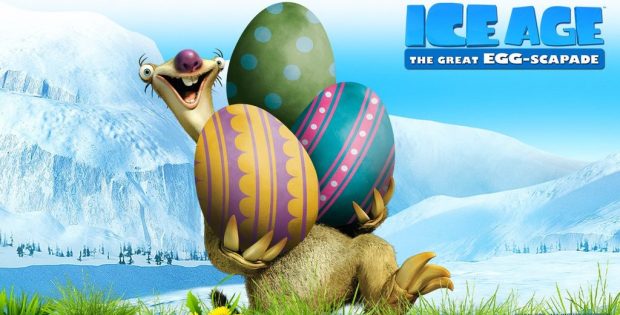 Join the gang in a frantic Easter egg hunt when Squint, a pirate from the last movie, steals and hides Sid’s eggs from his latest business venture of egg-sitting.

A promotional film for the next full-length film. Follow Scrat as he finds an abandoned alien spaceship and chaos ensues. 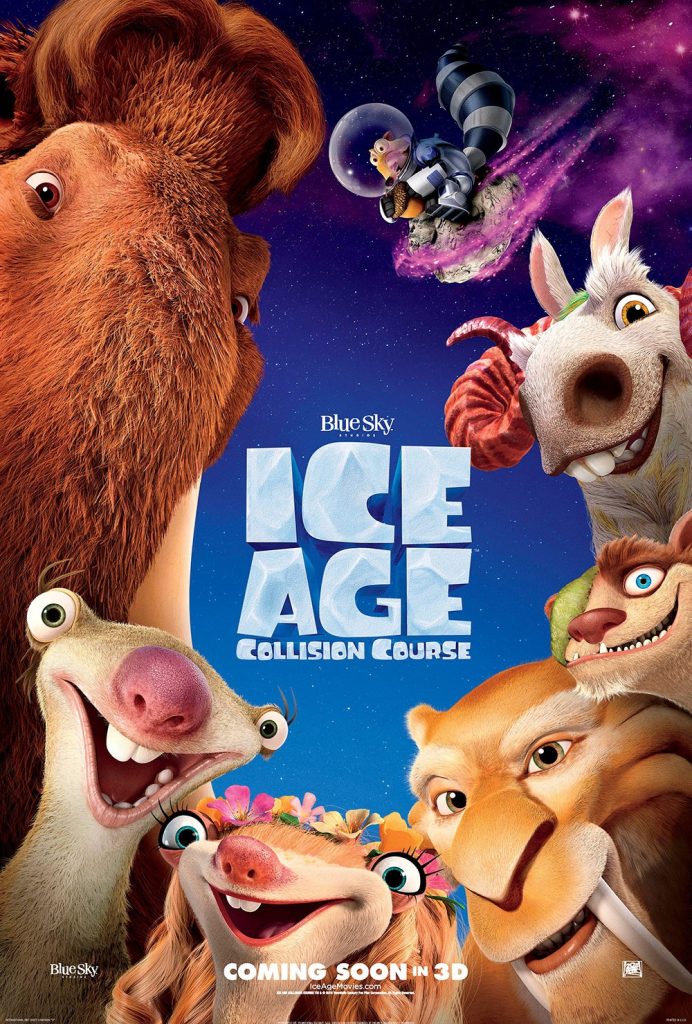 The latest main Ice Age movie (and the last one before Disney takes over production). In this movie, Manny and his crew have to find some way to survive an extinction-level asteroid approaching Earth.

Buck the weasel makes a comeback in this movie and proves vital in making a plan to prevent the extinction of Earth’s beloved mammals. 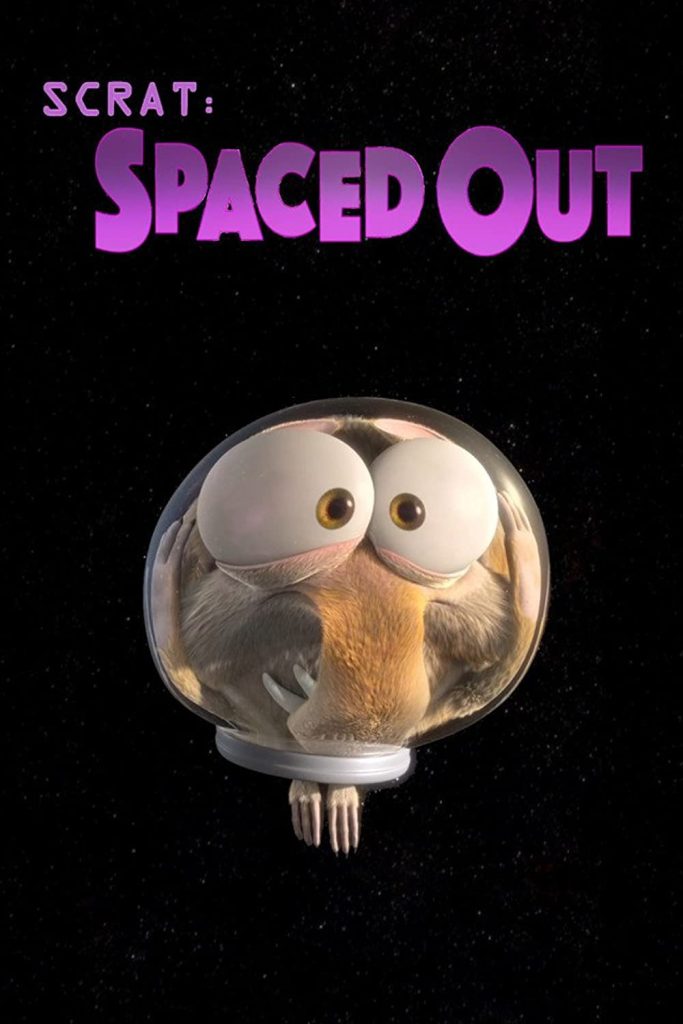 The events in this short film happen shortly after the last movie. It shows Scrat attempting to get back to Earth after his misadventures in the spaceship. 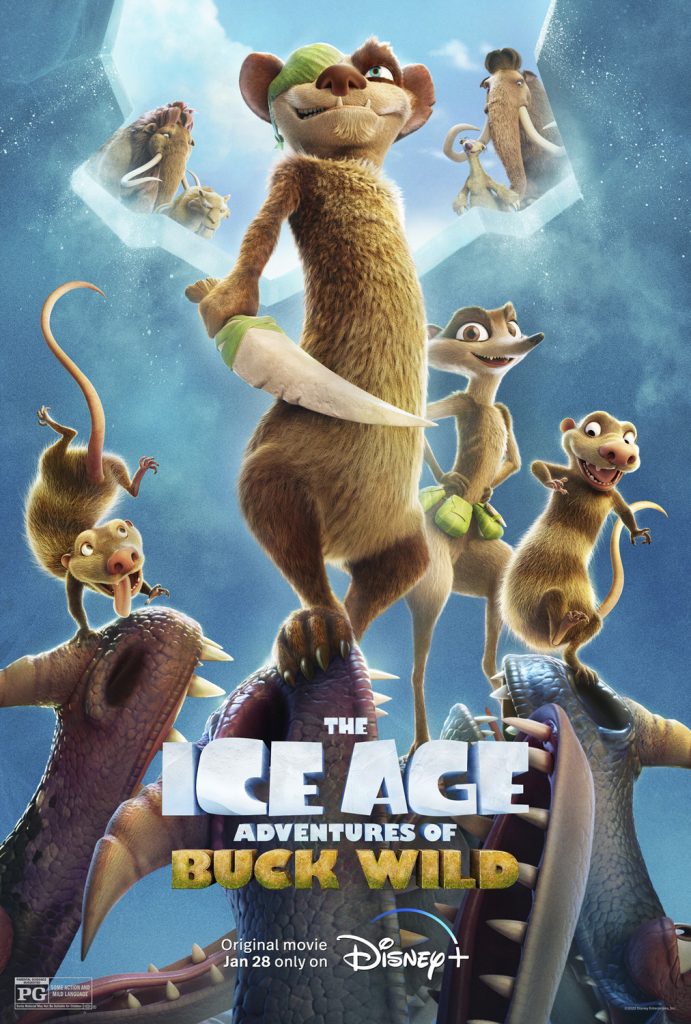 This movie focuses on Buck the weasel, as well as the possums Crash and Eddie who have decided to leave their herd to prove that they can survive on their own in the harsh world. The two find themselves back in the subterranean jungle where they team up with Buck. They try to stop an out-of-control dino named Orson who is trying to rule the world with his raptor army. 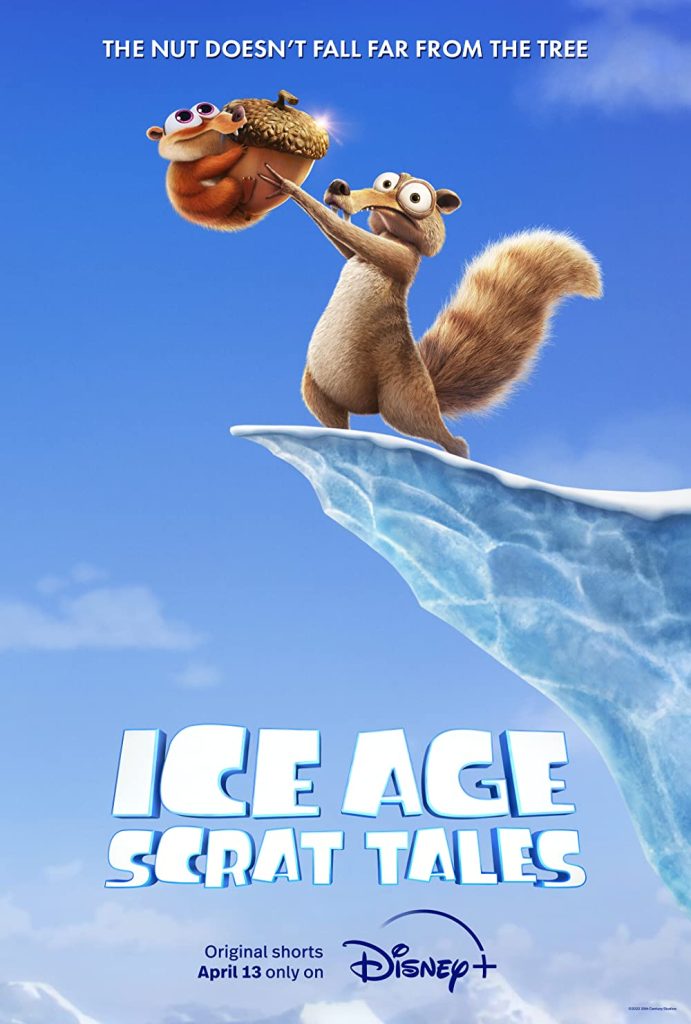 One of the last works of Blue Sky Studios (the former studio of Ice Age). This is a short series centered around Scrat who, to his surprise finds out that he’s a father.

This is a 35-second short film that shows Scrat finally getting, and eating, the elusive acorn. This was meant as a goodbye film for the franchise’s original film studio: Blue Sky Studios. 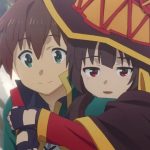 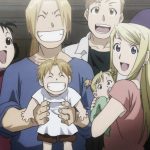