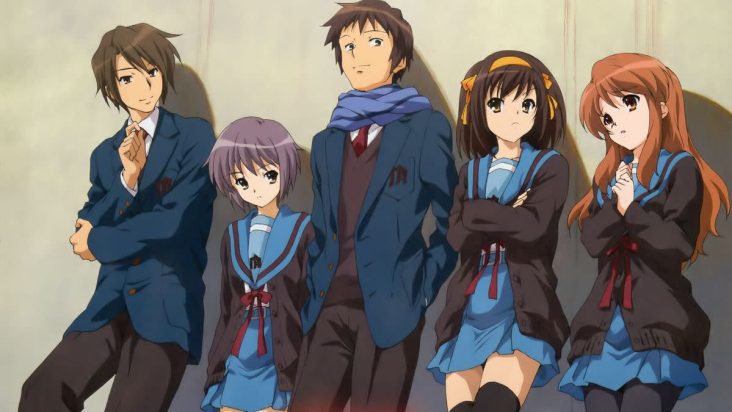 The Melancholy of Haruhi Suzumiya is a fantastic anime made by Kyoto Animation and released in 2006. It’s one of their most successful releases and has garnered a huge following that is still hoping for more anime content from the show to this day.

Though there hasn’t been any recent news of a season 3, there’s still a ton of unadapted content from the light novels so keep your Tanabata wishes close SOS Brigadiers!

The show centers around a high school boy named Kyon and his peculiar friend named Haruhi Suzumiya. What makes her peculiar is her obsession with all things extraordinary. She constantly seeks out the weird and wacky and is determined to one day meet an extraordinary being like aliens, espers (psychics), and time travelers. She even sets out to create a school club dedicated to finding all sorts of mysteries.

Eventually, Kyon finds out that Haruhi herself is a supernatural being with unimaginable, reality-bending powers, and the best and worst part is: that Haruhi doesn’t know it!

There are tons of fan theories as to what Haruhi actually is as it’s never fully confirmed. But in the canon of the show, there are three major theories or ideas that try to explain the existence of Haruhi Suzumiya.

Here are those three theories, it’s up to you to decide whether to believe any, neither, or even all of them. Comment down below on what you think Haruhi could be and I’d love to read more ideas!

All three theories are from the different factions observing Haruhi’s actions for one reason or another. And each faction just so happens to have a member in Haruhi’s new club, the SOS Brigade.

The SOS Brigade’s very own alien is Yuki Nagato, A humanoid interface sent by the Data Overmind to watch Haruhi.

The Data Overmind and its factions all view Haruhi Suzumiya and her powers to alter and create reality (which they refer to as “data”) as the potential key to evolution. And not just human evolution, mind you, evolution period.

However, different factions of the Data Overmind have different opinions on what actions to take. There are multiple factions but the two factions that play a big role in the anime are these:

The faction Yuki belongs to. They believe in merely observing and studying Haruhi’s powers and interfering with her life as little as possible.

This is a more extreme faction that will resort to drastic measures in order to get Haruhi to use her powers more. They will even go as far as killing someone if they believe it will get Haruhi’s emotions to grow unstable just to see how her powers react.

The Esper in the SOS Brigade is Itsuki Koizumi a charming transfer student with powerful psychic abilities.

He belongs to a group of Espers called “The Agency”. Their theory on Haruhi is that she is a being with godlike potential if not an actual god. They believe that all of reality is just a dream made up by Haruhi and that if she “wakes up”, the universe ends.

As such their goal is to keep her happy and satisfied with the current world so she won’t have the desire to erase it.

Mikuru Asahina is the time traveler sent to check on Haruhi Suzumiya.

The time travelers don’t really have a label for what Haruhi is other than the being who caused a “time quake” three years ago that prevents time travel to any point beyond the time quake. Their initial goal was simply to investigate the cause of the time quake and see what they can do about it to repair the time stream.

Here’s another oldie but goodie anime that you might want to read about. 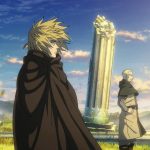 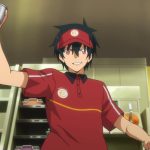