Breaking: Emily in Paris will return for Season 2!

Romantic comedy was originally set on Paramount Network, but moved to the broadcaster over the summer and started in early October when it moved to Netflix’s Top 10 list, according to Nielsen.

The extension came in the form of a letter from Emily’s fictional boss, Sylvie Grateau (see below). 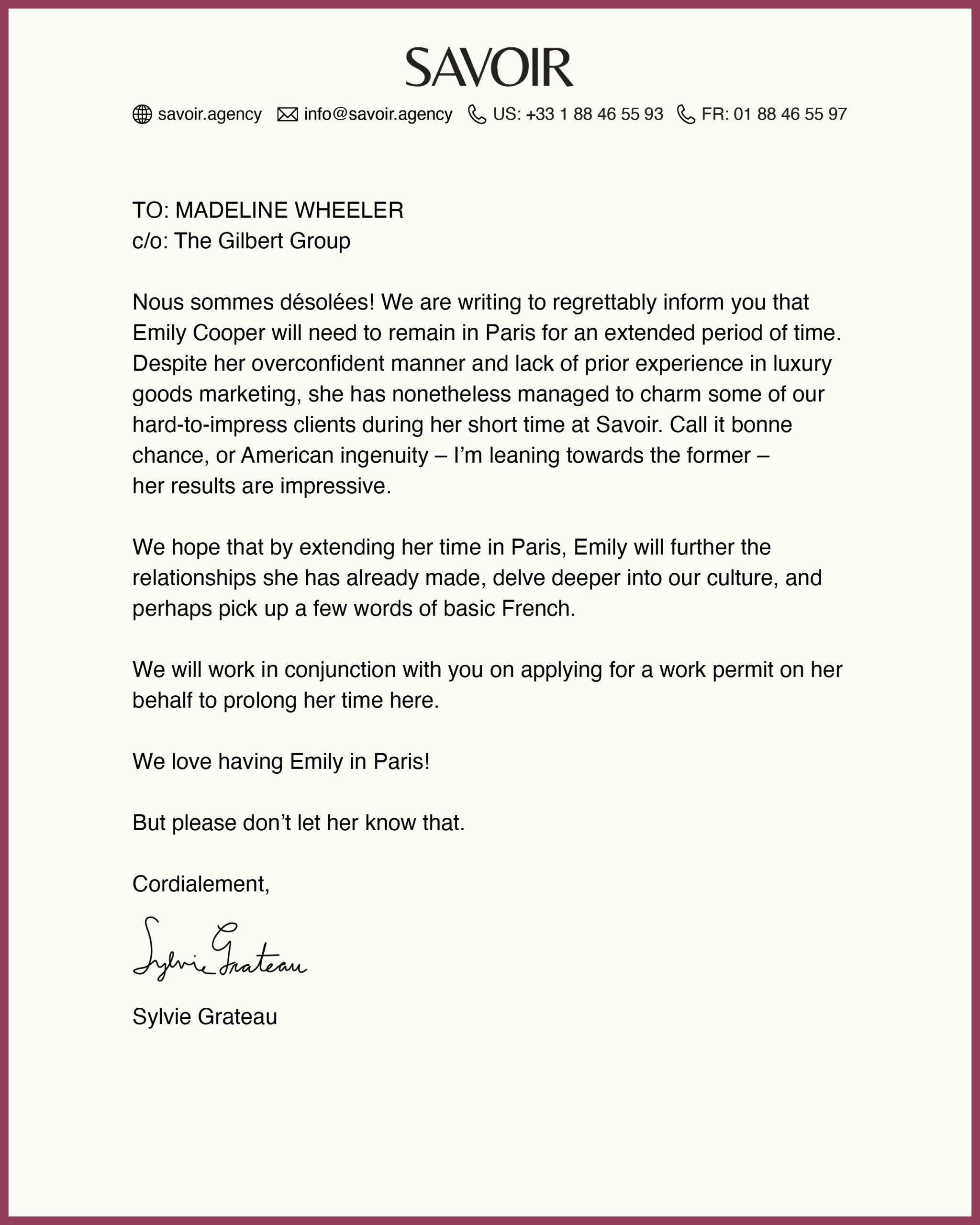 Emily in Paris will return for Season 2! pic.twitter.com/QDOzpzjliz

So what could Emily In Paris Season 2 have in store for us? We obviously can’t wait to understand that mysterious text message from Camille sent to Emily concerning Gabriel, and to find out what will happen to this little trio. Do Emily and her lovely cook neighbor really have a future together? Maybe this time the young woman will dare to take the metro and be faced with rush hour? We look forward!

Netflix's 'Narcos: Mexico' Will be Featuring Their Newest Additions to the Cast, including Bad Bunny!