Shounen and drama anime are all well and good. But every now and then you just wanna switch your brain off and consume something lighter. Or maybe you’re feeling down and just want to have good laugh.

So, here’s my personal list of anime that can give you a dose of the best medicine there is: phenoxymethylpenicillin laughter.

Go check them out, and leave some comments on what your top comedy anime are while you’re at it! 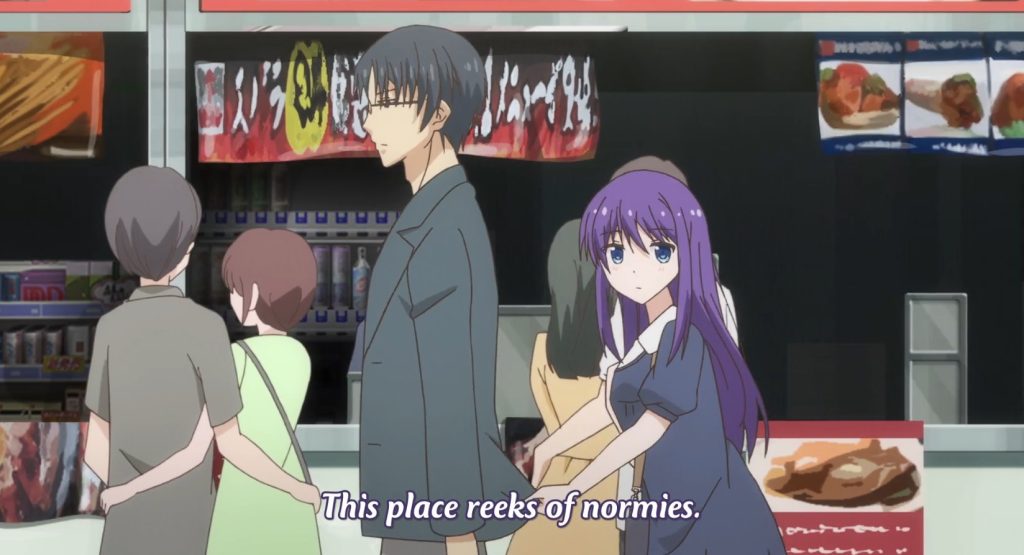 At first glance, this anime’s just your typical ecchi rom-com anime. The twist? Well, one of the twists is that we take the perspective of the girl!

So, as fate decrees, she meets Takumi Kijima. The boy with the purest soul in all of anime. This guy gives Goku and Naruto a run for their money for the title of “pure soul”.

The anime plays around the concept of Ao thinking Takumi just wants her body when in fact, she just has her mind deep in the gutter.

Each episode is only 12 minutes long, so this one’s a really light and easy watch.

I’ve only recently watched this one (though I’ve known about it for so long) so it’s still fresh for me. This anime is way funnier and more uh foul-mouthed than I initially thought.

The show centers on Kobayashi, an office worker who gets drunk and wanders off to the mountains and finds a dragon (just another Tuesday). She assists the dragon and then offers for the dragon to stay at her place… as a maid (maybe a little eccentric Tuesday but still relatable). 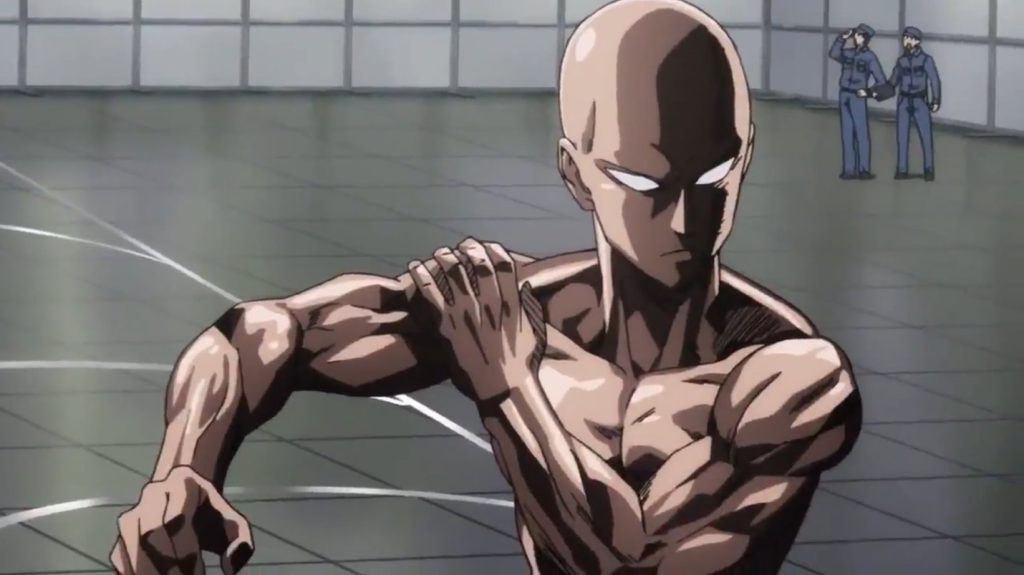 Does this one even need an introduction? You probably at least know of One Punch Man but if you haven’t or are relatively new to anime, here’s what the show is about.

Saitama is a hero that’s reached his peak. He’s become so strong that he beats any enemy he fights in one punch. Watch him beat bad guys with deep personalities and fleshed-out backgrounds with one second.

It may sound like the joke will get old fast (that’s what I thought at first too), but the show handles this really well and makes it feel fresh every time. 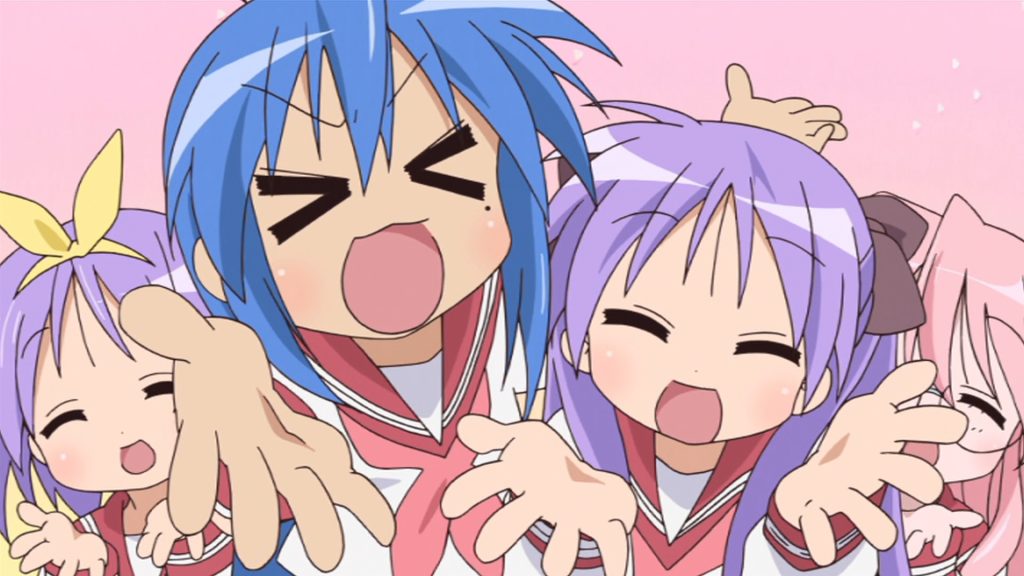 This one’s a classic, and for those of you saying I just have my nostalgia glasses on, I’ve rewatched this show relatively recently and legitimately think it holds up.

Follow Konata, Kagami, Tsukasa and, Miyuki in their high school life as they go through mishap after mishap (mostly Konata) and get into relatable and curious conversations about the things they encounter every day.

I’m really into this kind of anime where there isn’t really a plot to follow and its main purpose is to just make you sit back and laugh. 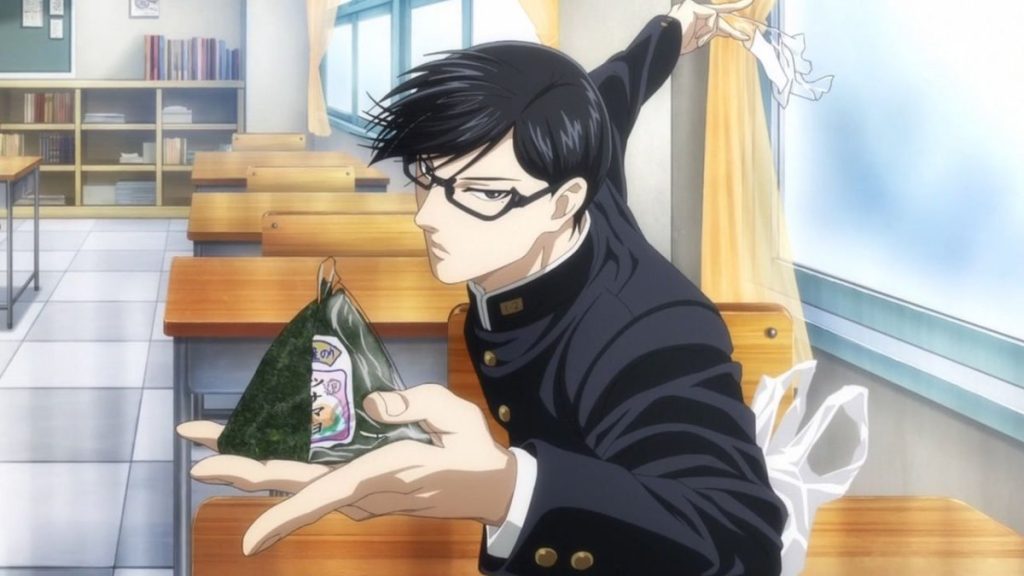 The protagonist Sakamoto is a person who will always get a good outcome in any encounter.

He gets bullied? He makes the bullies like and idolize him. With style.

A pasta dish he likes in the school cafeteria isn’t selling well? He breaks physics by moving beyond light speed to implant subliminal messages that make everyone consider buying the dish. With style.

He gets sent to a school on Mars where his alien classmates drop a giant ancient monolith on him as a prank? He catches the monolith effortlessly. With style.

Whatever comes his way, he’ll always come out cool and on top. This anime is sure to leave you howling with laughter with its pure absurdity. 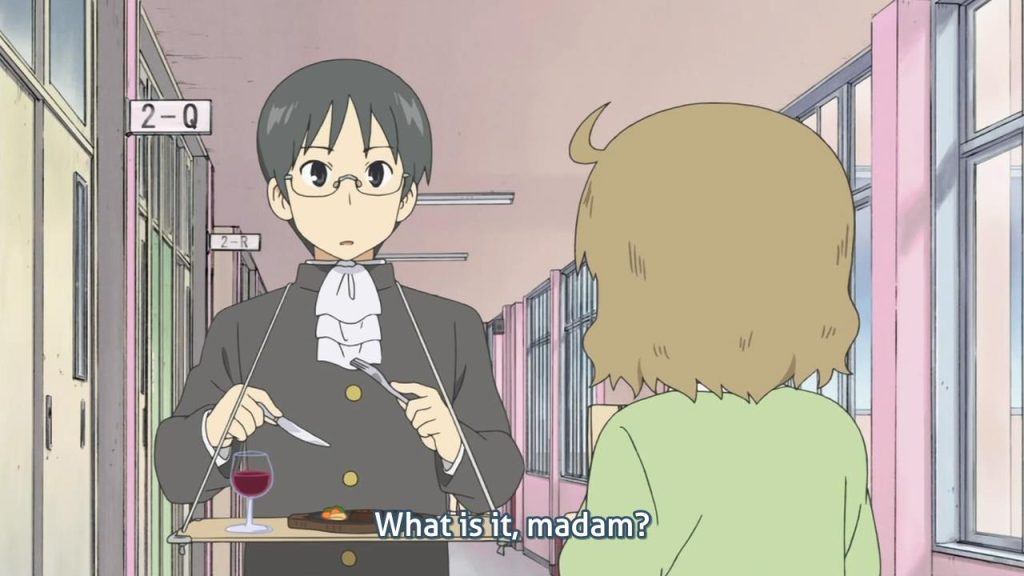 Nichijou is similar to Lucky Star in that it features a group of students as they get through, their everyday life (which is where the title Nichijou = “ordinary life” comes from).

The title can be a little misleading though as this show goes way over-the-top a lot of times with what’s happening in the show. A lot of the jokes are very tropey too so a lot of them may just go over your head if you’re not too familiar with a lot of Japanese tropes.

Regardless, Nichijou is incredibly funny and well animated. It’s a good watch when your day’s not going exactly how you want it to. 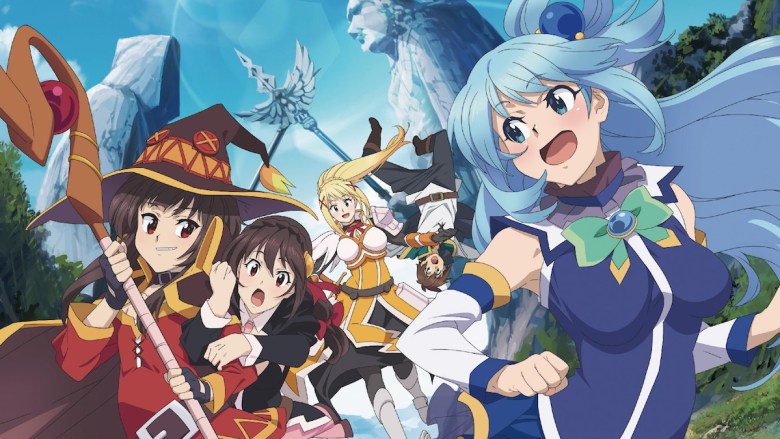 In this Isekai anime-saturated world we live in, it’s getting tougher and tougher for one to stand out and shine. And few Isekai is as stand-outier and shinier than Konosuba.

Join Kazuma as he gets transported to a fantasy world along with a seemingly worthless goddess named Aqua. They are soon joined by a chuunibyou wizard named Megumin Their goal is to defeat the Devil King but get constantly get sidetracked by other goofy quests and characters.

It’s actually fairer to call Konosuba a parody of an Isekai as that’s what it feels like. It pokes fun at a lot of Isekai stereotypes and plot points. This show has set the golden standard for comedy Isekai, a standard that a lot of Isekai today are still trying to reach.

Konosuba is also getting a Season 3 soon! So, there’s another reason why you should watch it now. You can read all about it here. 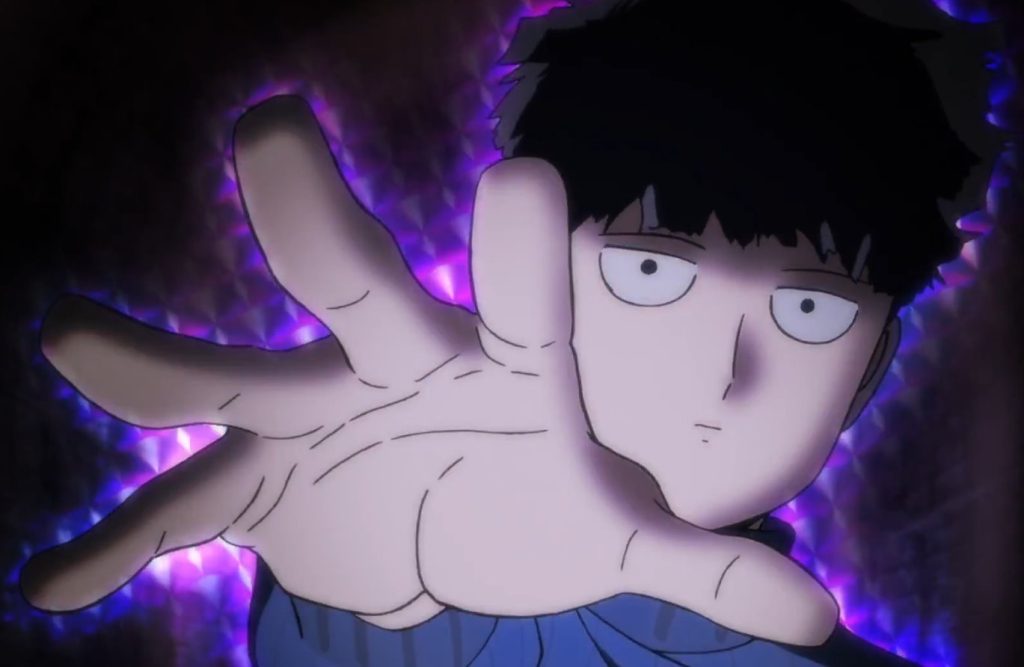 From One, the creator of One Punch Man (if you can’t tell by their protagonists having literally the same character design except Mob just has hair), comes Mob Psycho, AKA the One Think Man.

Shigeo Kageyama (nicknamed “Mob” which means “background character” because of his seemingly bland appearance) is an insanely powerful psychic going through middle school. He tries to hone his skills by putting himself under Arataka Reigen, a man who Mob thinks is also an incredibly psychic but is actually just a con artist trying to scam money out of people by offering fake exorcism services.

This one isn’t just a great comedy anime, it’s a great anime period. With hilariously bad yet amazing art and animation (you have to see it to understand), and well-written characters and plot, Mob Psycho is a must-watch for all forms of anime fans.

It’s also getting a 3rd season soon so you’ll have even more content to watch! 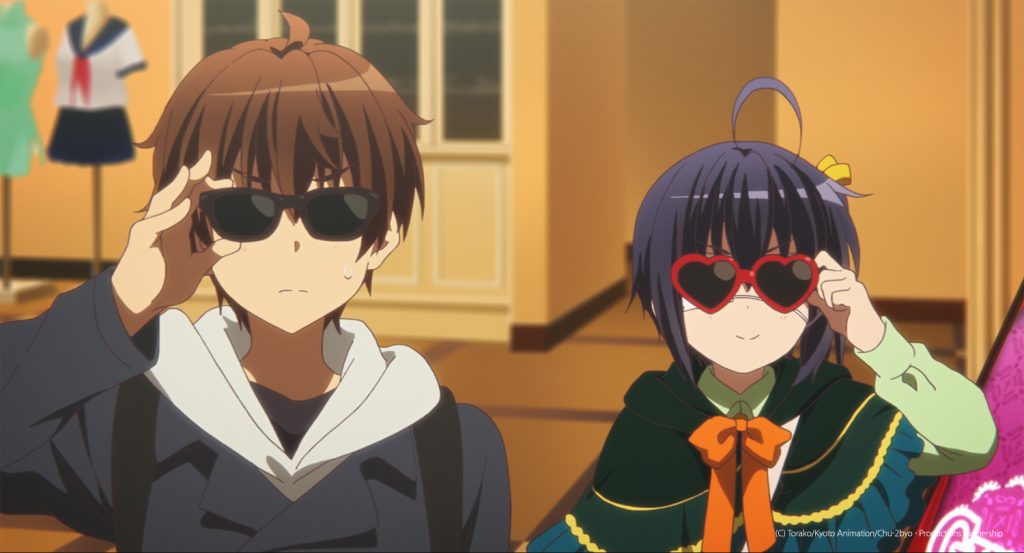 This show is about a boy named Yuuta Togashi and a girl named Rikka Takanashi, the latter of which has a strong case of “chunibyo”.

For those unfamiliar, chunibyo (sometimes spelled chuunibyou) literally translates to “2nd-year middle school syndrome”. It refers to the behavior commonly associated with people in that age who think of themselves as amazing people or beings above people who can or have done above normal or just plain superhuman feats. Think about when you were a kid and believed you had the power to fly or move things with your mind, it’s like that.

In this case, Rikka believes she possesses the “Tyrant’s Eye” which grants her fantastical powers and abilities. Yuuta on the other hand is actually a former chunibyo and is trying to run away from that lifestyle which he is heavily embarrassed by.

I’ve had tons of but-gusting laughter moments from this show and its animation is superb as well. It’s almost as if the elder gods themselves have grabbed the pen of Zeisengard and struck the paper with their sheer brilliance! 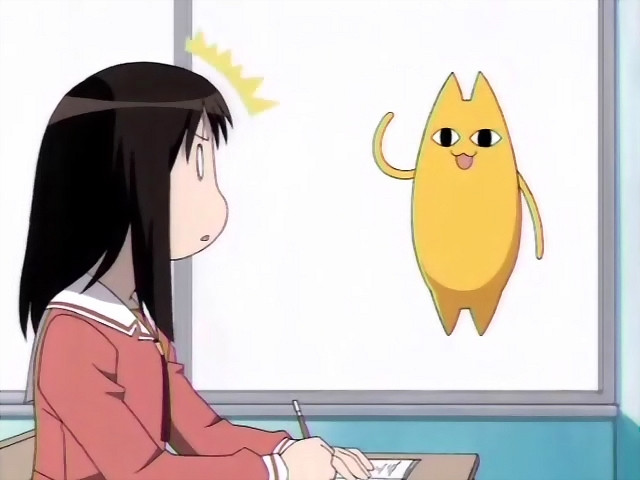 I absolutely know some people are going to disagree with this being on the top but I legitimately think that this quaint anime about the everyday life of six high school girls is the funniest anime I have ever seen.

Chiyo, Osaka, Sakaki, Tomo, Yomi, and Kagura just have amazing chemistry and bounce off of each other really well. The long awkward pauses, crazy sudden outbursts, and the wild situations they get themselves into, everything just blends into the perfect comedy anime for me.

I know the premise sounds a lot like Lucky Star and Nichijou and that’s because it is. But they’re each great in their own right though and each feel different from each other.

As I’ve said in the beginning, I believe great comedy anime should be ones where you can just turn your brain off and not overthink about anything while watching, that description fits Azumanga Daioh to a tee.

The One Punch Man live-action adaptation just found its director, curious to see who it is? 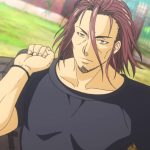