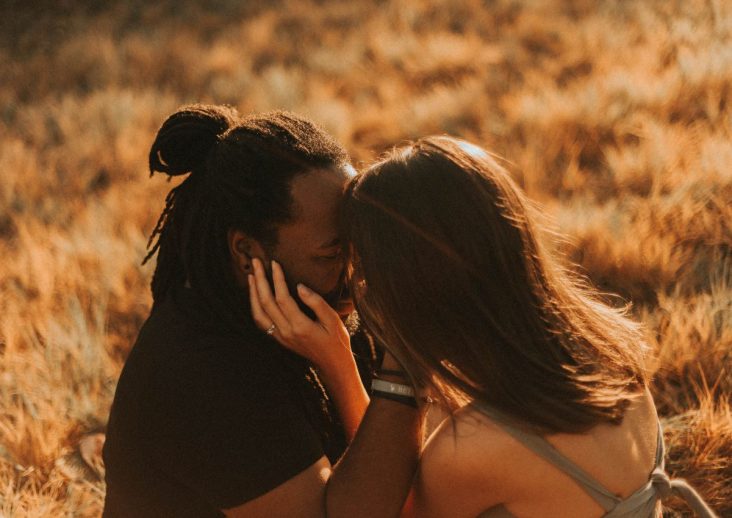 The movies are always a reliable source of love stories. Whether it’s to feed our greatest romantic fantasies, experience romance-driven excitement, or to simply feel the “love”, we know we’re all suckers for a great love story. That’s why we have compiled the best titles you can find on Netflix right now. From romance stories with a mix of fantasy or comedy to classic award-winning titles to tear-jerking ones, there’s something for all the romantics out there. Ready yourself – your heart might just beat a tad faster with these 20 romantic movies you can stream on Netflix. 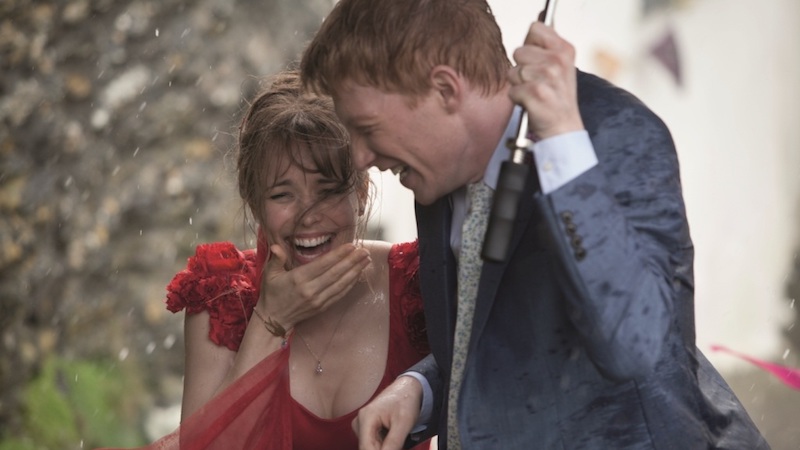 About Time follows Tim Lake, a young man with the power to travel back in time, a special ability shared by the men in their family. Advised by his father not to use it for fame or money, he decides to use his time-traveling chops to pursue the woman of his dreams. Even with elements of science fiction and fantasy, About Time doesn’t stray from its simple message. Instead of revolving around the whys and the hows of time travel, it concentrates on love and family filled with heartwarming character moments. 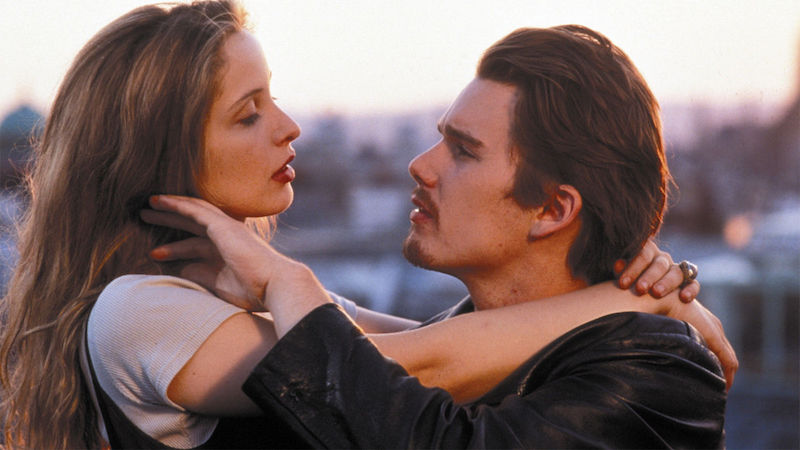 Conversations can make or break any potential romance. In Before Sunrise, Ethan Hawke plays a young American man traveling Europe. On a train, he meets a young French woman played by Julie Delpy. Deciding to spend their remaining hours together, they disembark in Vienna and spend whatever precious time left talking about love, their ideas, and their perspectives in life. Even with a limited plot that only consists of walking and talking, Before Sunset is proof that dialogues and character chemistry are everything. With Vienna as its backdrop,  Hawke and Delpy’s performances, and an engaging screenplay, it’s no wonder Before Sunrise is often cited as one of the best romantic films of all time. 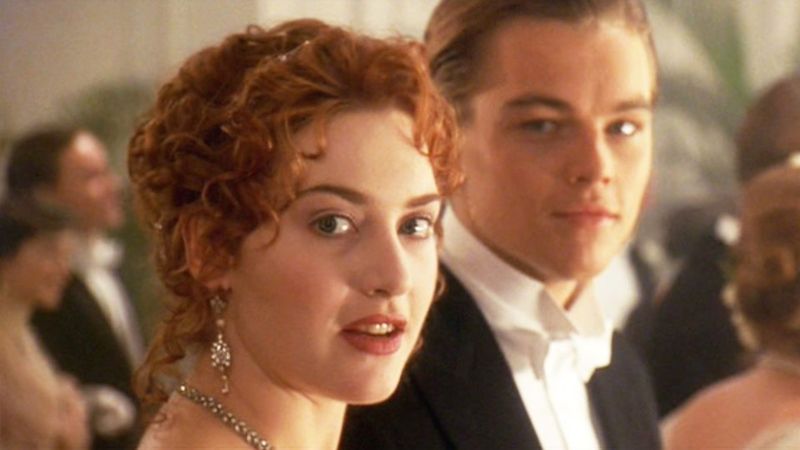 Titanic, the first film to reach the billion-dollar mark at the box-office, is the result of James Cameron’s fascination with shipwrecks. It follows star-crossed lovers aboard the luxurious ocean liner sailing across the Atlantic. Combining glorious visuals and melodramatic romance, Cameron impressively strikes a balance between history and drama. The emotive impact of a love story flourishing shortly before a catastrophe makes Titanic a romantic tale of epic gravity and proportions. The film also catapulted lead stars Leonardo DiCaprio and Kate Winslet to international stardom. 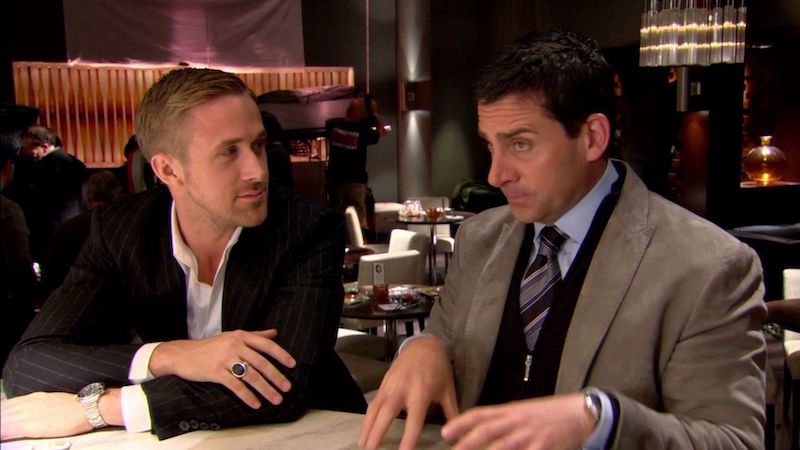 Steve Carell plays Cal, a middle-aged man heartbroken over the demise of his marriage. When he meets Jacob, a womanizing younger man at a bar, he starts to regain his confidence around women by learning his tricks. From his new slick outfits to his improved swagger to knowing the right pick-up lines, he rediscovers his manhood only to realize what, or who, he truly values the most. Crazy, Stupid, Love has equal amounts of fun and sweetness in it, made more appealing by its talented cast. 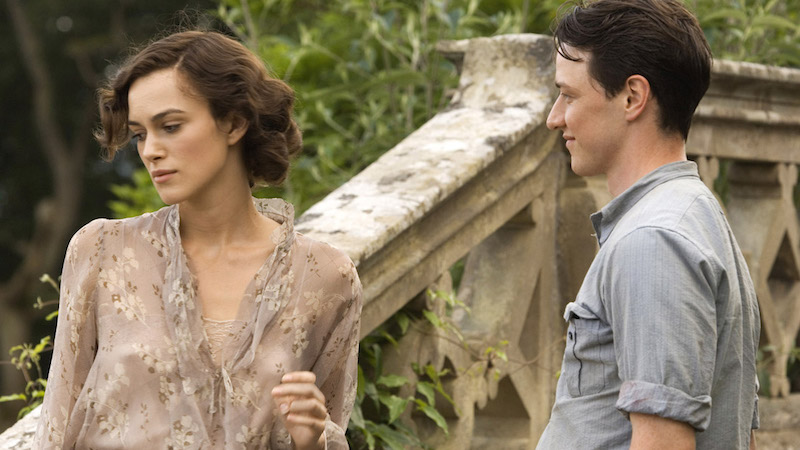 An adaptation of Ian McEwan’s novel of the same name, Atonement is a story of love at an inopportune time of crime, jealousy, and deception. Praised for its acting, cinematography, musical score, and its faithfulness to the novel, Atonement showcases Keira Knightley as a solid presence in period dramas, James McAvoy as an enthralling male lead, and  Saoirse Ronan as a rising talent. 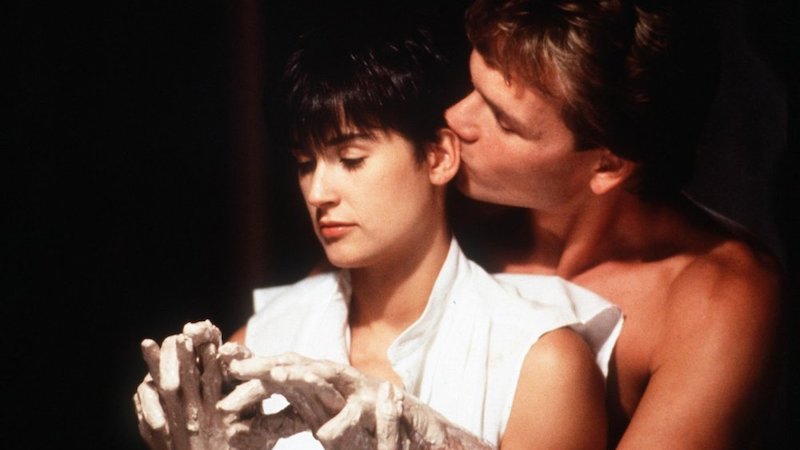 Love transcends even the finality of death. When a man unexpectedly dies at the hands of a mugger, he discovers that his death wasn’t random and that his girlfriend is also in danger. Now a ghost, he enlists the help of a psychic to warn her. In its entirety, Ghost is a moving story of romance cut short by tragedy and betrayal. While focusing on the sentiments of two people and their immeasurable love, Ghost also entertains with its blend of comedy, horror, and mystery. 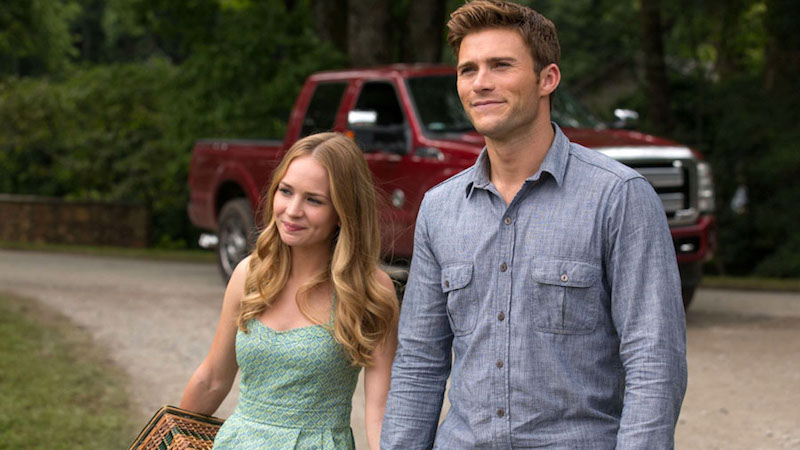 Based on Nicholas Sparks’ novel of the same name, The Longest Ride follows a bull rider and an art student as they fall in love. Eventually, the differences in their life aspirations put a strain on their relationship. Like with any other Sparks novels, The Longest Ride incorporates intense love, obstacles, and the enduring devotion to get through it all. While overly sentimental at times, The Longest Ride still offers an indulgent dose of romantic delight. 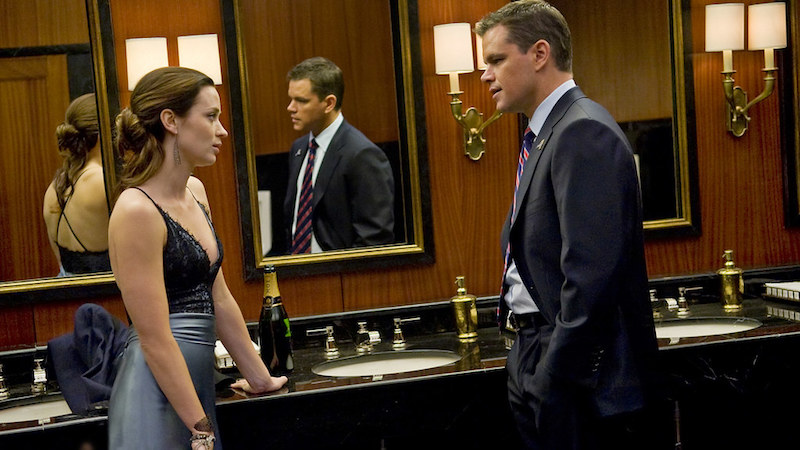 When a congressman has a romantic encounter with a dancer, he also learns that everything that transpires around him is manipulated by the “Adjustment Bureau”. He is to follow the plan devised for him and is forbidden from pursuing his love interest. Interestingly, fate seems to intervene as chance encounters lead for a more deepening romance between the two. The Adjustment Bureau mixes old-fashioned romance with science fiction, which also delves into the realms of metaphysics. Garnering mostly positive reviews, the movie also highlights the remarkable chemistry of its lead stars. 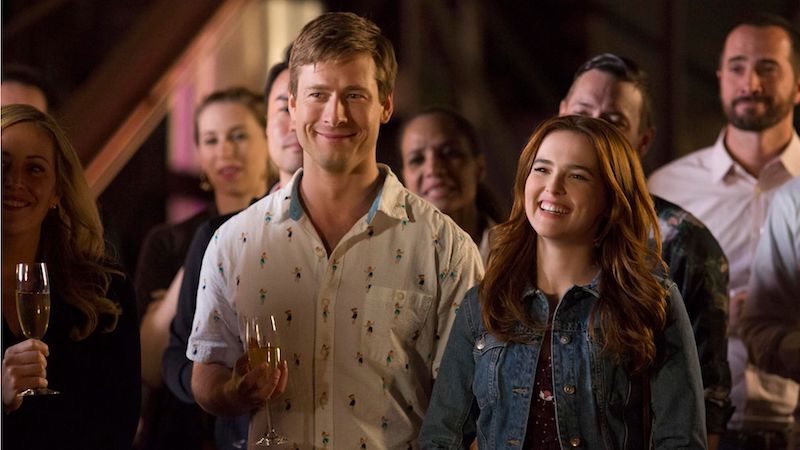 Two overworked assistants come up with a plan of a lifetime: set up their bosses so everybody can slow down. While they recognize the absurdity of their ploy, they’re too exhausted and frustrated to care. Their plan works, however, they also find themselves falling in love. Formulaic in nature, yes, but Set It Up is a fun watch that doesn’t require lots of eye-rolling. The romantic tricks used are just enough, making it neither boring or sappy. 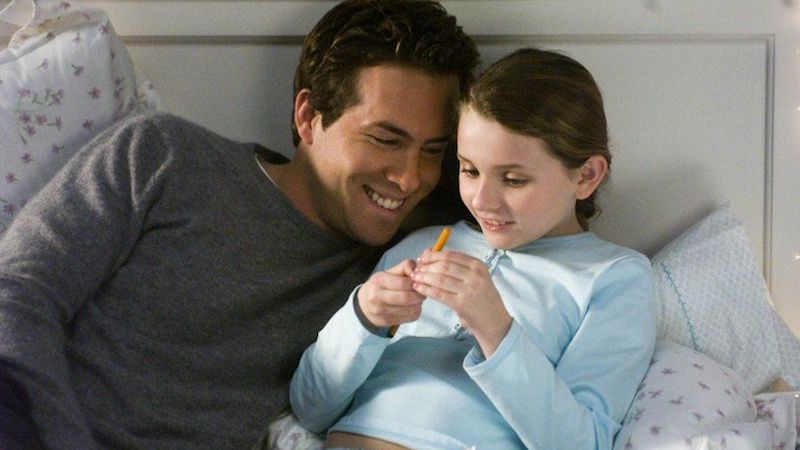 With its very “How I Met Your Mother” premise, Definitely, Maybe provides a more satisfying ending than the aforementioned comedy series. In the film, Ryan Reynolds plays a father in his 30s who shares with his 10-year-old daughter the romances he had before marriage. With love interests that include Rachel Weisz, Isla Fisher, and Elizabeth Banks, the clever screenplay, its sweetness, and easy-going charm, what’s not to love? 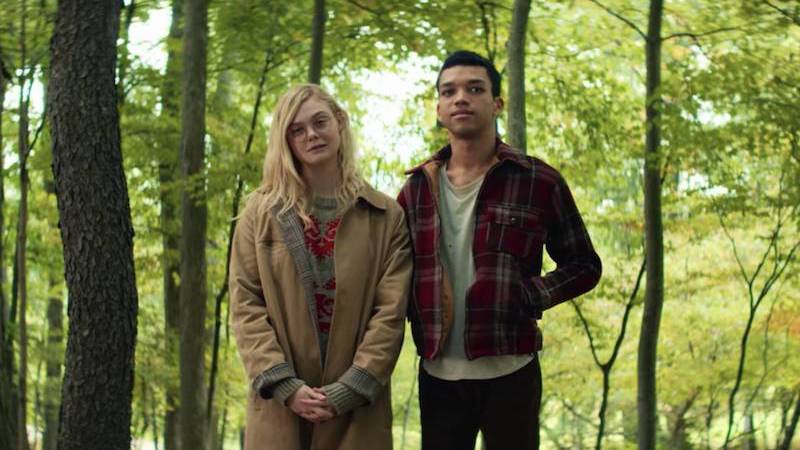 All the Bright Places focuses on the characters’ journey to healing through friendship and love. Elle Fanning plays Violet, who grieves the death of her sister. She partners up with classmate Theodore for a project about the wonders of Indiana. As they spend more time together, they fall in love and find more reasons to admire the beauty around them. All the Bright Places is mostly teen drama; however, it also brings serious depth on teen sentiments that you’ll find moving regardless of age. 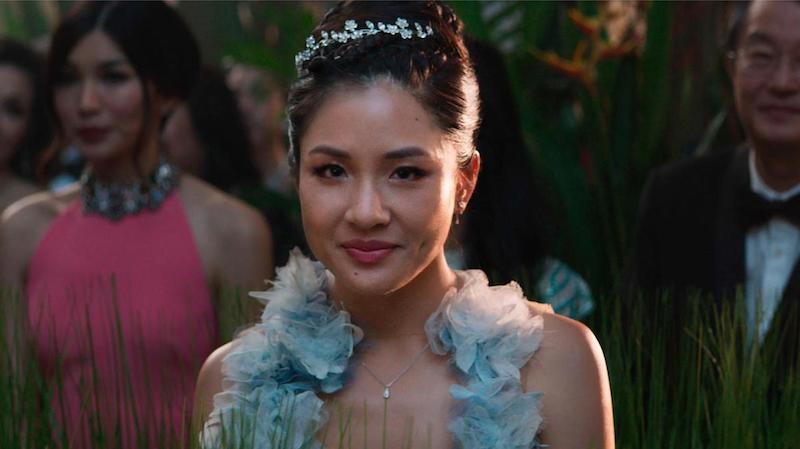 Chinese-American professor Rachel Chu and her boyfriend Nick Young travel to Singapore to meet the latter’s family, only to find out they’re amongst the country’s richest. With a world completely different from her own and a disapproving mother to boot, she struggles to find her place and keep their relationship unstirred. Crazy Rich Asians, while not unique in its plot, is charming thanks to the richness of emotions conveyed and Asian values portrayed. Based on Kevin Kwan’s novel of the same name, the film adaptation stands out with its grandiose imagery and familiar romantic comedy that still captivates. 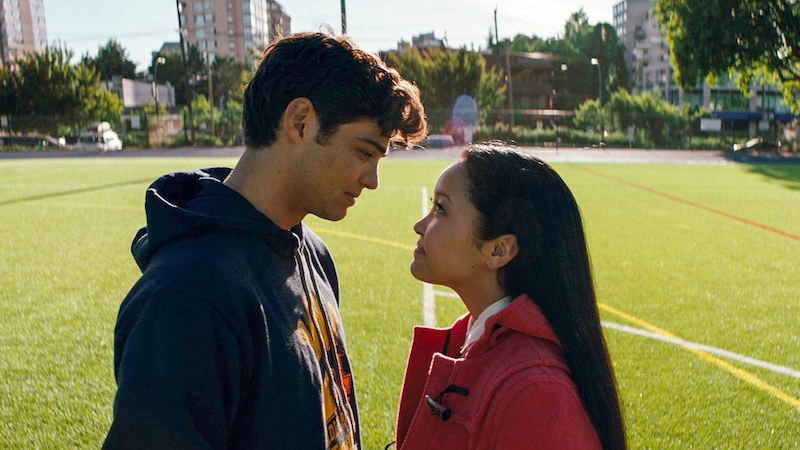 All right, enough with intense romance and drama. If you’re looking for something that’s light, fun, and will make you feel nostalgic of your teenage loves, Netflix’s To All the Boys I’ve Loved Before fits the bill. It follows Lara Jean, a high school student who writes love letters to guys she likes but never sends any of them. Her latest is for her childhood friend and sister’s boyfriend, Josh. When all her letters get sent without her knowing, she must find a way to save face. Teenage romance is pure, honest, and a lot of fun. Just watch To All the Boys I’ve Loved Before and you’ll see. 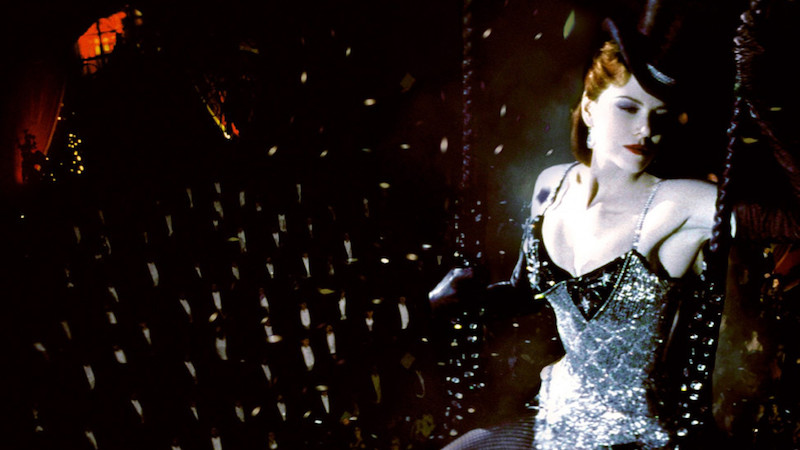 Ewan McGregor plays Christian, a young English poet who falls in love with Satine, the Moulin Rouge star and courtesan played by Nicole Kidman. Hiding her loneliness and misery in the colors and sparkles of the stage, she finds his affection and sincerity soothing and reviving. As they struggle to hide their love affair, it becomes more apparent how she’s trapped in a life she didn’t want. Lavish in its visuals and style, Moulin Rouge! is a spectacle worth seeing. 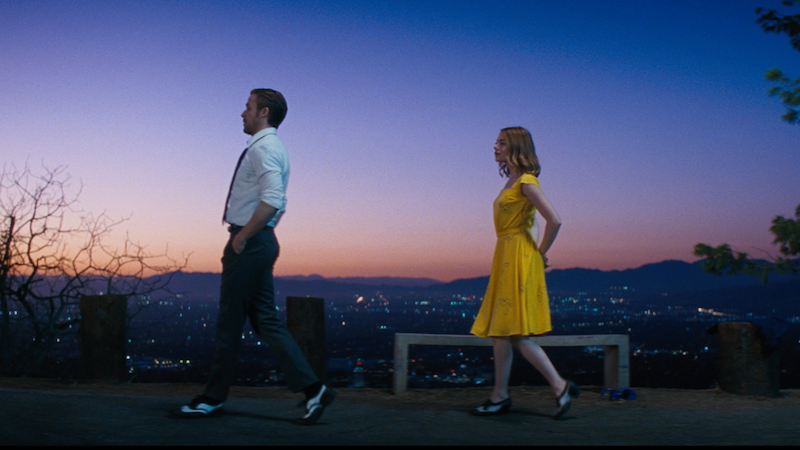 Emma Stone and Ryan Gosling prove to be perfect screen partners in Damien Chazelle’s musical romance La La Land. Stone plays Mia, an aspiring actress while Gosling stars as Sebastian, a jazz pianist. Fueled by their dreams, their common drive to pursue their passion ignites a spark between them. Acclaimed for its screenplay, direction, and the leads’ performances, La La Land pays homage to art, love, and the pursuance of both. 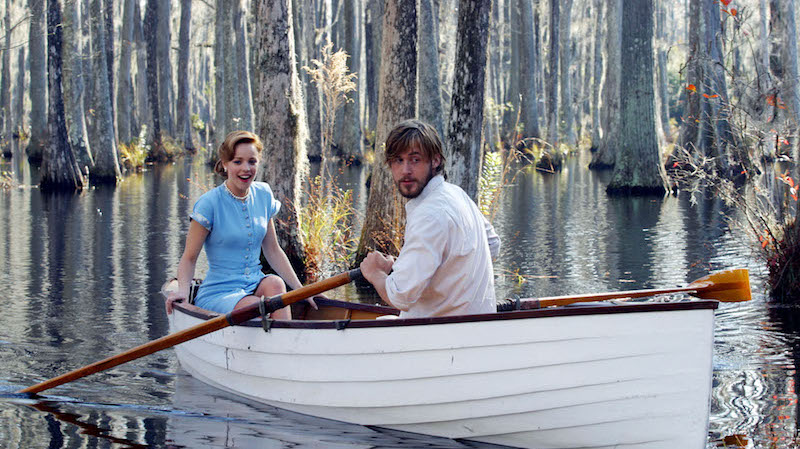 Allie and Noah are a young couple. While crazy about each other, they ultimately separate after the intervention of the former’s family.  They reunite many years later, enduring separation and war after realizing their feelings haven’t changed. Their story is read from a notebook by an elderly man, Duke, to his fellow nursing home resident, who suffers from dementia. The Notebook may be something that’s straight out of Nicholas Sparks’ penchant for contrived romance, but this adaptation manages to rise above its overly sentimental clichés thanks to Ryan Gosling and Rachel McAdams’ impassioned performances. 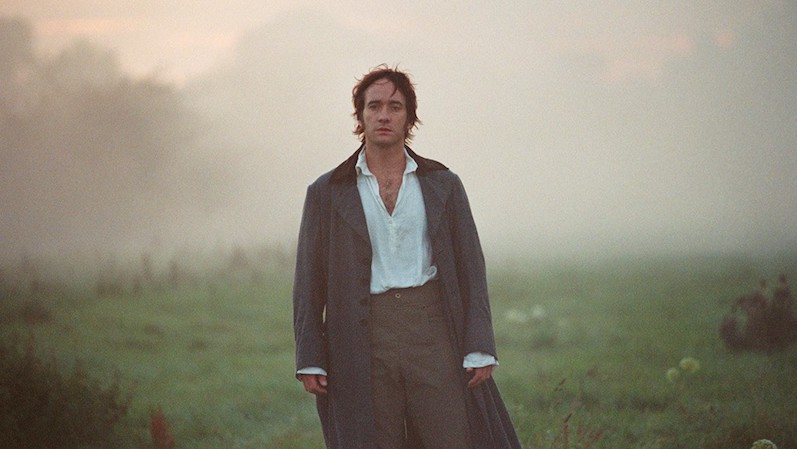 Adapted from Jane Austen’s novel of the same name, Joe Wright gives this film adaptation further charm and profundity with his alluring cinematography. The movie chronicles five sisters from an English family. Their day-to-day consists of dealing with issues of marriage as their mother insist they only find rich husbands. Keira Knightley stars as the lead Elizabeth Bennett who has captured the interest of the wealthy bachelor Mr. Darcy. Though they get off to a rocky start, they soon develop feelings for each other. Their budding romance, however, is not without misconceptions and misunderstandings. Pride and Prejudice has been adapted too many times, but Wright’s version stands out all thanks to his knack for modern filmmaking. 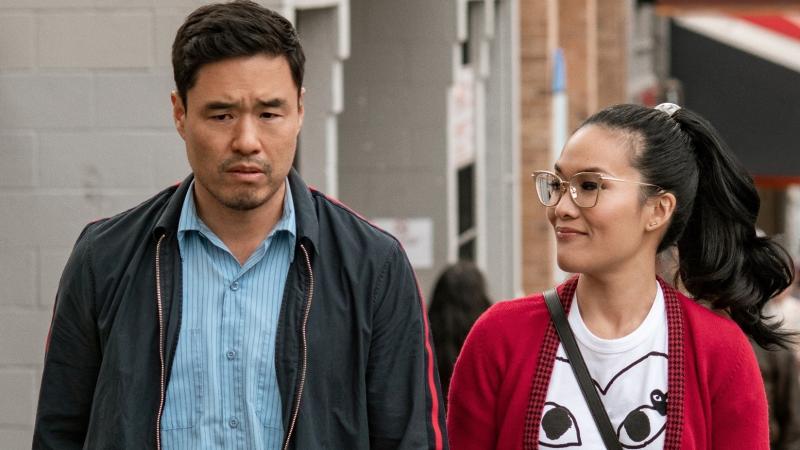 Sasha and Marcus are childhood friends, their friendship even continuing into their teens. After their short-lived teenage fling ends badly, they fall out of touch and only sees each other again 16 years later. In the present, Sasha is a successful celebrity chef while Marcus still struggles with his musical aspirations. While there’s tension in their initial reunion, they soon reconnect and renew their friendship, only to fall in love. Again. But it’s not that simple. Again. Always Be My Maybe, despite the cheesy title, is an excellent romantic comedy that explores Asian-American culture, offers sassy dialogues, and showcases the dramatic and comedic chops of its lead stars. Plus a beloved actor makes an appearance and is willing to make fun of himself. 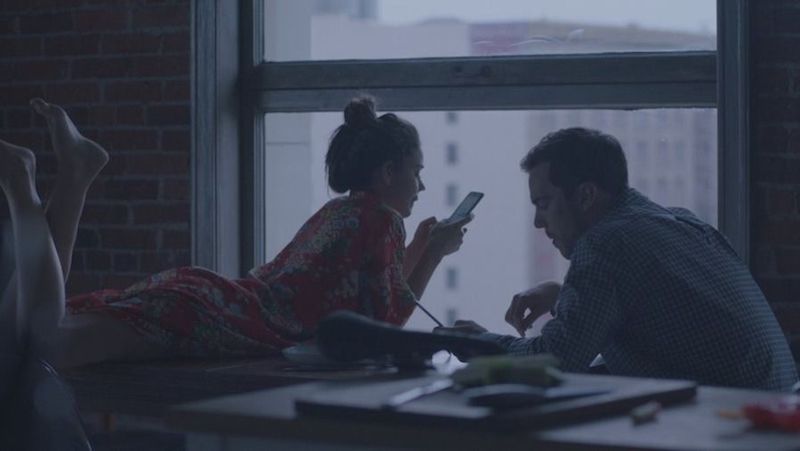 In the world of modern dating and hookup culture instigated by social media, everyone needs to buckle up. Beginnings are usually passionate and exciting but there’s always the loss of novelty looming. What happens after that? For Gabi and Martin, that means exploring other options and discovering new boundaries. As such, Newness aims to portray the whims, the impulses, and the complexities that characterize today’s relationships. 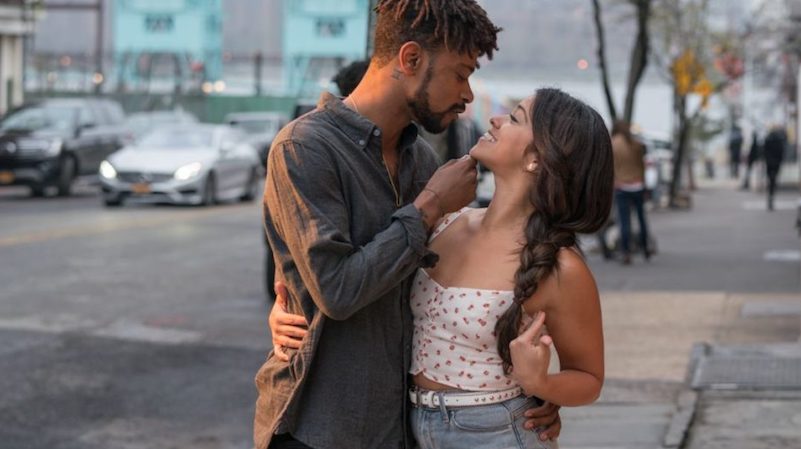 For aspiring music journalist, Jenny, it’s the end of an era – her boyfriend of nine years decides to call it quits rather than do long distance and she’s soon leaving her 20s to enter a new chapter of her life. Someone Great features elements of a typical girls night out-romcom genre but the chemistry of the cast obscures any hints of such platitudes. Instead, it celebrates friendships that stand the test of time, phases of love, and self-discovery.

These are just some of the best romantic movies you can find on Netflix. With the assortment of films featured, there sure is something for everyone. There are feel-good romances that it’ll be hard to stifle your smile, as well as enduring love affairs that are sure to make you sob. Of course, there’s also something lighter and younger that’s reminiscent of teen love. Whatever it is you’re looking for, we’ve got you covered. 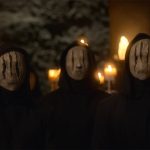 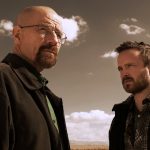