2020 has taken a lot from the people––jobs, opportunities, family, friends, and Chadwick Boseman. Heard all around the world, Boseman served not only as the King of Wakanda but as an idol to many. To continue his legacy, Marvel thought it Avengers: Endgame wasn’t the proper farewell for Boseman. Instead, Marvel Studios President Kevin Feige confirmed that the Black Panther actor actually recorded some lines for the upcoming Disney+ series, What If…?, in the summer.

WHAT IF…?, an Original Series from Marvel Studios, is coming Summer 2021 to #DisneyPlus. pic.twitter.com/P8VDm2rhXJ

What If…? is inspired by the Marvel comic of the same name. In the comic, readers will be able to explore alternate timelines within the MCU––now imagine that as a viewer.

If you’ve watched the trailer, one of the storylines heavily showed to us was that of T’Challa becoming Star-Lord instead of Peter Quill. With the background voice of Jeffrey Wright as Uatu the Watcher, it seems all too believable.

“These are all sorts of stories we couldn’t explore through live-action,” Feige said.

Reportedly, Black Panther II plans to start productions in the summer of 2021. However, Marvel Studios won’t be reprising the role of T’Challa (Chadwick Boseman) or to use technology to revive him with a digital double. According to Marvel, the second part of Black Panther will continue down its original path of  “the incomparable world of Wakanda and all of the rich and varied characters introduced in the first film.”

Gladly, Ryan Coogler will be returning to direct and write for the movie which is slated to have a theatrical release on the 8th of July, 2022. 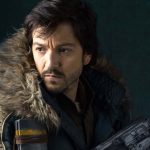