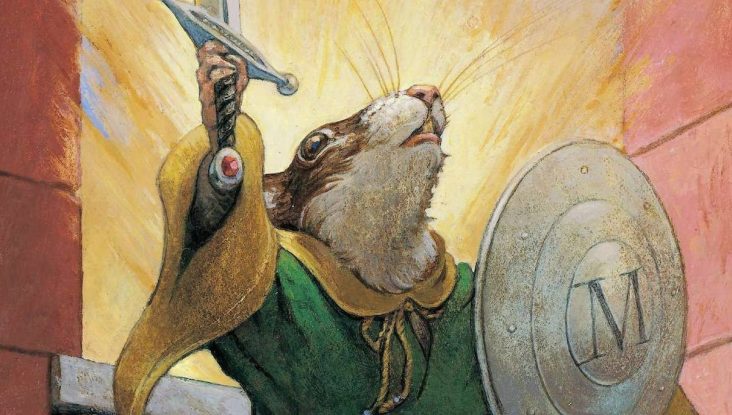 Rodents at home are bad. Rodents in your garden are bad. Rodents in every physical place possible are, quite frankly, bad. However, rodents in movies––good. After the cancellation of Fox’s Mouse Guard movie, Netflix is filling out that gap with this rodent-inspired genre content––a sentence I never thought I’d be saying in my life. The streaming giant announced on Wednesday that it has partnered alongside Penguin Random House Children’s UK to produce an animated film and TV projects all based on the Redwall novels of Brian Jacques.

Big news! The creator of Over The Garden Wall is working on a Redwall adaptation for Netflix! I'm already preparing myself for the feast scenes. pic.twitter.com/6bie3CwpqI

Started off in 1986, the series now boasts of a whopping 22 books and is set in a place The Lord of the Rings‘ J. R. R. Tolkien would be proud of with more anthropomorphic animals than you’d rather expect. If mice aren’t your cup of tea, then this might just be the one to change your mind.

The feature film, written by Over the Garden Wall creator, is expected to be based on the very first novel of the series. If this feature goes as planned, then the streaming giant has all the abilities to kickstart one of the biggest franchise they can possibly acquire without worrying about source materials. The TV adaptation, on the other hand, will be focusing on Martin the Warrior––”a wise and ferocious mouse who co-founded Redwall Abbey along with Abbess Germaine,” according to Deadline.

According to the official release, the agreement “marks the first time that the film rights to the entire book series have been held by the same company and the first time a feature film of any of Jacques’ works will be made.”

Originally, the books were adapted to become an animated show that ran for three whole seasons between the 1990s and the 2000s. There was also a stage musical and a video game that was inspired by the books. Talk about flexibility, am I right?

“We couldn’t be more delighted to announce this deal,” Ben Horslen, Fiction Publisher for Penguin Random House Children, said in a statement. “These perennially popular stories have been etched onto the hearts of millions of readers, and we are thrilled to partner with Netflix to bring those beloved characters on screen for families worldwide to enjoy.”

“Brian often travelled the globe to tell his Redwall stories to young audiences, more often than not at their schools,” added Alan Ingram, representative of The Redwall Abbey Company (owner of Jacques’ intellectual property since the author passed away in 2011), “Brian would have been very happy to see that Netflix shares his joy and desire to bring his stories to life as a new universe of films, series and potentially much more for audiences of all ages to enjoy. We are very excited to embark on this new endeavour with Netflix and Penguin Random House UK.”

Aforementioned, the Redwall fantasy novels bring David Petersen’s Mouse Guard comic to light as it also utilizes small mammals like mice to conduct an awesome epic fantasy story. I don’t know what it is, but it’s probably because there’s nothing you’d expect of small mammals to do but be pests of the world––so writing them epic stories normal to humans are effective in its own right. It’s kind of like the David and Goliath effect where you’d root for the smaller contender––the whole underdog story, or in this case, the whole undermouse story.

Anyway, the Mouse Guard comic was also on the verge of receiving a movie adaptation of its own from Maze Runner director Wes Ball but Disney decided to pull the plug two weeks before production. That must’ve stunk big time. At that point, stars like Idris Elba, Andy Serkis, Samson Kayo, Jack Whitehall, Thomas Brodie-Sangster, and Sonoya Mizuno were all attached to the movie adaptation. 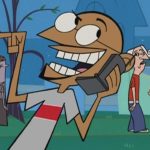 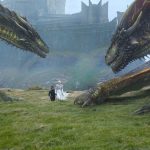