Super Crooks began as an American superhero comic book series created by Mark Millar and his co-author and artist Leinil Francis Yu. Now, it will come to Netflix, adapted as an animated series. And from the looks of it, the show looks promising.

Netflix has revealed the trailer, and there are tons of actions to be expected. The trailer also shows that there are various characters with different interesting personalities and extraordinary abilities to discover. Johnny Bolt’s entrance from prison is a career criminal and presents his cunning smile. It seems that he is about to show his unbelievable skills with his mastermind, thinking, and quick wits.

What is there to watch out for Super Crooks?

How attractive will the series be? Well, it includes a gang of felons, which is unusual to have as protagonists of the show. Moreover, there will be a heist since that is the whole point of why their group formed. There are also fighting scenes, together with their supernatural abilities. Some of their superpowers include Johnny Bolt’s electric powers, Johnny’s ex-girlfriend Kasey with her power to make people what she wants them to see, and other extraordinary skills for the team of crooks show.

There is still a lot to unveil through the show that might give the audience an Ocean’s Eleven vibe with X-Men capabilities. It is anticipated to be a remarkable series, considering its high-quality presentation and flexible animation. The series was made possible because of the creative mind of Mark Millar, who has been known for his creative writing of multiple superhero comic books, turned into live-action movies. Those movies include Kick-Ass and Kingsman.

The animated series is directed by Motonobu Hori, written by Dai Sato, and produced by Studio Bones. Ensuring fans will be all over the place because Studio Bones is the same studio that has made such unique and controversial anime like My Hero Academia and Fullmetal Alchemist. Of course, the original writers, Millar and Leinil Yu will also produce the project. Millar will be handing out new plotlines to bring a more authentic experience to the viewers.

The show will become available on Netflix on November 25, 2021, bringing a good binge watch of 13 episodes. Get ready to experience an entertaining, action-packed series with Johnny Bolt with his crew of eight supervillains for one last heist! 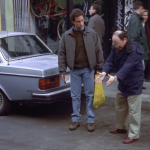