Thank the heavens above and Optimus who turns into a truck, we have a release date for the third season of Transformers: War for Cybertron. The upcoming season of the trilogy is titled Kingdom––and here’s everything there is to know about Season 3!

What is Transformers: War for Cybertron Season 3 all about?

2020 was a difficult year and even more difficult for others. The pandemic wasn’t fond of production schedules as well––canceling them with its sole existence. However, the one thing that stood out during the pandemic: Netflix. To end the agonizing year, the streaming giant released the second chapter in the trilogy of Transformers: War for Cybertron titled Earthrise.

It was a treat everyone saw coming after a successful run for the first season, Siege. Now, a release date for the third season has officially been confirmed by Netflix!

To a handful of fans, just as they were expecting a second season––they also expected a third. The streaming giant had all the faith in the success of the series that they ordered a full trilogy.

Kingdom will be about an epic bout between the Autobots and the Decepticons to see who gets the opportunity to change destiny and fate altogether forever. As Maximals and Predacons join the fight, it’s an epic battle to the death.

When is the release date of Transformers: War for Cybertron Season 3 on Netflix?

Just like all releases this week, we have the streaming giant’s Geeked Week event to thank. The third season of Transformers: War for Cybertron titled Kingdom will be premiering on Netflix on the 29th of July, 2021.

Warranting a release all around the globe, the third season will be released five months after the debut of the second season on Netflix. I guess the stars have aligned for the Autobots and the Decepticons to fight it out.

What’s most impressive about the production is how they’re able to meet crucial deadlines and do it at such a high level. New episodes have released almost exactly six months after previous seasons. That goes to show how dedicated this team is to provide you with only the best Transformers franchise story they have to offer.

Just like its predecessors, the third season will also be boasting six episodes for the audiences to enjoy.

At this juncture, it’s hard to expect or foresee whether or not another season of Transformers: War for Cybertron will be created. Obviously, this is supposed to only be a trilogy. If anything, if the series does close the curtain with a round of applause and fantastic performance, who knows? It wouldn’t be all that surprising to see another animated Transformers story in the making from Netflix. It isn’t too farfetched to even expect an OVA, as well. 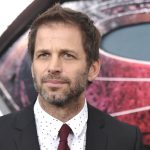 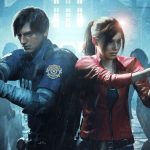