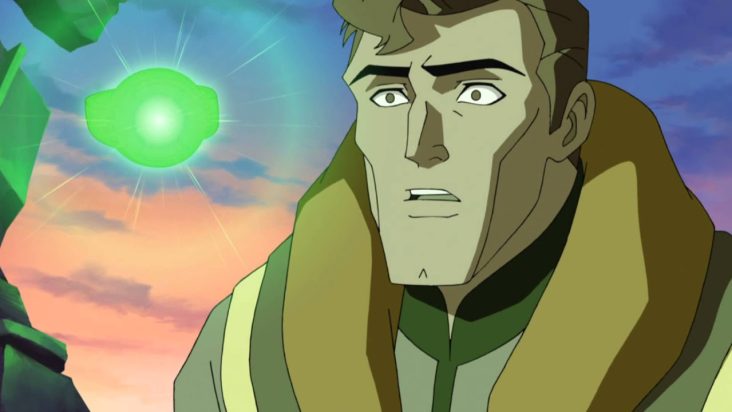 Four-time Emmy Award winner Alan Burnett departs from a 17-year stint in the Batcave to establish intergalactic justice as the screenwriter for Green Lantern: First Flight, the next DC Universe animated original PG-13 movie coming to DVD on July 28, 2009.

Burnett, who began his animation career at Hanna-Barbera Studios with Super Friends in 1981, has been the single most consistent active figure in bringing the Batman’s legacy to animation since 1991 – when he began scripting episodes of Batman: The Animated Series, the Emmy®-winning production widely considered a pivotal moment in American animation.

Burnett’s stellar talents have merited four Emmy Awards, three Annie Awards and two Humanitas Prizes. His work within the Batman realm includes as a series producer on Batman and Superman and Batman Beyond, and most recently as supervising producer and story editor for Warner Bros. Animation’s award-winning series The Batman. He has remained active in crafting the words behind numerous DC Comics projects, both animated and in comic book form. In the direct-to-DVD arena, Burnett co-produced and co-wrote the animated feature film Batman: Mask of the Phantasm, was supervising producer and writer for Batman: Mystery of the Batwoman, and served as producer on the feature-length Batman Beyond: Return of The Joker. He also served as movie story editor and the writer of the anchoring segment of the DC Universe animated original movie, Batman Gotham Knight.

Burnett, the primary story editor for Warner Bros. Animation, took a little time to offer his views on his humbling beginnings in comics, the influences of Alfred Hitchcock and Woody Allen, and the simple one-line pitch behind the screenplay for the first-ever feature length Green Lantern film. Without further ado, here’s a Q&A with Alan Burnett.

Alan Burnett: They had been going through some ideas for Green Lantern stories and none of them were quite working out and I came up with this notion that I thought would be interesting. So, I just pitched it to them in one line. “Have you ever done Green Lantern as Training Day?” with the idea of the Denzel Washington role being Sinestro. They said, “That sounds pretty good – start writing.” And that’s how it began.

Q. So this is a police story?

Alan Burnett: We’re treating all the sectors of the universe as precincts and there’s, I believe, about 3,600 Green Lanterns – one for every precinct. Hal Jordan covers our section. The story is essentially Hal Jordan’s first day on the beat as a cop and he’s partnered with Sinestro. He’s seeing the universe for the first time, and we get to look at the universe through his eyes. It’s a bizarre place, but it’s also pretty recognizable.

Q. Is there a message within this film?

Alan Burnett: Well, one of the messages is that I like lots of fights (he laughs). I suppose it’s the old “Don’t judge a book” thing. Appearances are deceiving. Those who you think might be your greatest friend can be your greatest enemy, and those you might think are of no use to you could be the most important person in your life.

Q. Did the origin story development of Hal Jordan in Justice League: The New Frontier influence your approach to this first Green Lantern film?

Alan Burnett: I’d originally treated the origin story by going back to the very first Hal Jordan/Green Lantern comic book. But ultimately, my script was about 20 minutes longer than it should’ve been. Bruce Timm came up with the idea of getting the origin done as quickly as possible, so that’s where some cuts were made. Now we get the origin story done before the opening credits, and we leap right into the adventure from there.

Q. Was there much research involved in writing this script?

Alan Burnett: I’ve been keeping up with the comics, so I didn’t have all that much research to do. There has been a lot written on Green Lantern. I actually think he’s very complicated. Hal Jordan has gone through changes in the comic books in the last 35 years or so that are just shocking. But I didn’t have to deal with his recent history because I was going back to a story from his beginning. However, I am dealing with Green Lantern characters who didn’t exist when I started reading the book, so there was a little bit of research on that. I’ve written Green Lantern in the comic books on a few occasions, so I had some notion of most of the characters I was dealing with in this film.

Alan Burnett: Green Lantern is sort of a unique super hero. When you’re writing his powers, they do seem a bit odd – at times, they’re very sci-fi and at other times very magical. It’s like that old saying about the technology being so advanced that it looks like magic. He has a ring that allows him to construct anything he can imagine. One of the tricks to writing about those powers is that, when you come up with something he does with the ring, the audience is expecting to be amazed, but also – and this is odd to say about a comics/science fiction story – they need it to be in context, and it needs to be believable.

Hal is also a very colorful character and he’s in the middle of this big soap opera in space. It’s a very involving backdrop that opens the door to telling a million stories with him. He also has one of the great costumes – that great Silver Age suit from the 1950s. He was one of the few, and maybe he was the first flying character, who didn’t have a cape. So he has this sleek outfit and it’s very striking.

Alan Burnett: We play Sinestro as sort of the bad half of Hal Jordan. As I was writing them, I figured they were pretty close. They both have distaste for authority. But Sinestro is the dark side of the Green Lanterns – he wants absolute control, while Hal Jordan is more about serving the people. The other thing about Sinestro is that he doesn’t think of himself as a villain. He has a plan which he thinks is going to benefit everyone, but unfortunately what this plan does is give him absolute power. And, of course, absolute power corrupts absolutely – and you can see that it’s corrupting him even as he tries to wield it.

Q. When did you first fall in love with comic books?

Alan Burnett: I had read comic books like “Little Lulu” when I was young, but when I was nine years old we took a vacation – and I always saved up comic books for the vacation because it was a long trip from Ohio to Florida. Into my stack that year I got the super hero comics and I particularly remember bringing Batman. Somewhere around Kentucky, I started reading my first super hero comic and it was like I lost my virginity. It was just the most amazing thing. I was suddenly in an adult world that I sort of understood and it was sort of made for me. And I was hooked. I’ve been hooked ever since.

Q. As you exited Kentucky during that eye-opening trip, did you ever imagine you’d be writing those comics and cartoons as an adult?

Alan Burnett: When I was a kid reading this stuff, I never thought that I’d be writing it. But you know, it’s because I did read this stuff then that I write it now. When I started working at Hanna Barbara in 1981, they were looking for someone to take over the Super Friends show and they knew that I was a big comic book fan. Before that, I don’t think the story editors or the writers cared about super heroes. So I have two degrees from college, and they don’t mean as much to my career as those four or five really intense comic book reading years between the ages of 9 and 14.

Q. Who are your greatest writing influences?

Alan Burnett: I have two major influences and it’s kind of strange to say them together, but those would be Alfred Hitchcock and Woody Allen. Hitchcock wasn’t a writer, of course, but in a way he was because he sat down with his writers and worked his way through the script with them. I think there’s a lot of Hitchcock influence in some of the action-adventure things I’ve done. It’s just little things, certain scenes or actions, that remind me of something he would’ve put in a film. I think Woody Allen has influenced the way I interject comedy into the action adventure. That’s my favorite genre: action-adventure comedy. Like North By Northwest. That’s just a beautiful, beautiful movie, and it’s as funny as it is thrilling. That’s my favorite type of entertainment. 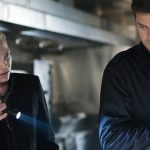 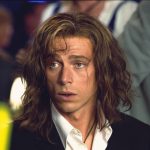