A lot of fans were claiming that Chainsaw Man is the best anime of the year. Do you agree with this statement? Chainsaw Man is indeed a masterpiece, despite being new it already won several awards and has more than 18 million copies in circulation. Its anime adaptation is really trending right now and receiving positive feedback from critics.

What Is The Plot Of Chainsaw Man?

The story took place in a world where negative emotions give birth to devils. And the twist here is humans can form a contract with their devil. They could gain powers by employing them or making them specialized in hunting. In certain instances, the demon can also inhabit the body of a dead human, and they were called fiends.

The main protagonist of the series named Denji is working as Devil Hunter because of his father’s debt to the Yakuza. He has a companion named Pochita also known as the Chainsaw Devil. While working Denji was betrayed and killed by the Yakuza. Suddenly, Pochita makes a contract with Denji to make him a humanoid in exchange for showing his dreams to Pochita. After becoming humanoid Denji slaughtered all of the members of the Yakuza.

After the government saw his overwhelming powers they approached him and asked him to join their team. That’s where his adventure starts as he was given a task to kill the perpetrator of the greatest massacre in human history.

The Chainsaw Man anime adaptation was produced by Mappa. The same studio that produced Jujustu no Kaizen, God of Highschool, and the final season of Attack on Titan. If you have watched the said animes you could expect a high-quality animation for Chainsaw Man.

When Was Chainsaw Man Released?

It was released last October 11, 2022, and since then it maintained being the top 1 anime for Fall Season 2022. It is expected to have new episodes every Wednesday until it completed 12 episodes.

What do you think about Chainsaw Man? Do you think it lives up to its fame and hype? Don’t forget to leave your comments below! 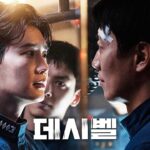