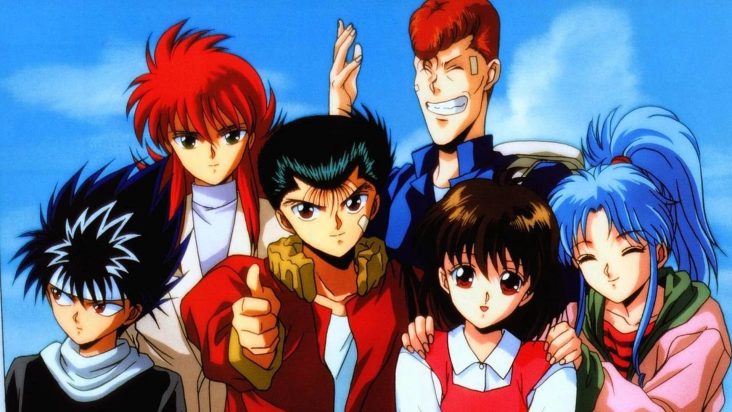 We are back covering another classic from the 90s. This time we will tackle Yu Yu Hakusho from Yoshihiro Togashi, the same mangaka that created Hunter x Hunter. There will be some minor spoilers as it has been three decades since the anime was released. So if you haven’t watched it yet, you can catch it on Netflix or Crunchyroll among other sources.  I won’t cover the OVAs and two movies here. Instead we will focus on the anime itself.

After committing a selfless act of sacrifice to save a kid from a car accident, our story starts off with the protagonist, Yusuke Urameshi, already dead. Botan (a spirit world guide) offers to give him his life back after undergoing a trial. Yusuke initially declines the offer.

To his surprise, the people who attended his funeral show varying degrees of grief.His mother is in a depressed and unmoving state. Keiko (a childhood friend who is basically his girlfriend) openly weeps. Kuwabara (a fellow delinquent who is basically his best friend) laments the fact that they can no longer fight and also cries out. Mr. Takenaka, a teacher at their school, wishes Yusuke could have lived longer to fulfill his potential. Last but not least, the kid he saved and his mother shows up to offer their condolences while the kid wonders why he can no longer play with his ‘big brother’. 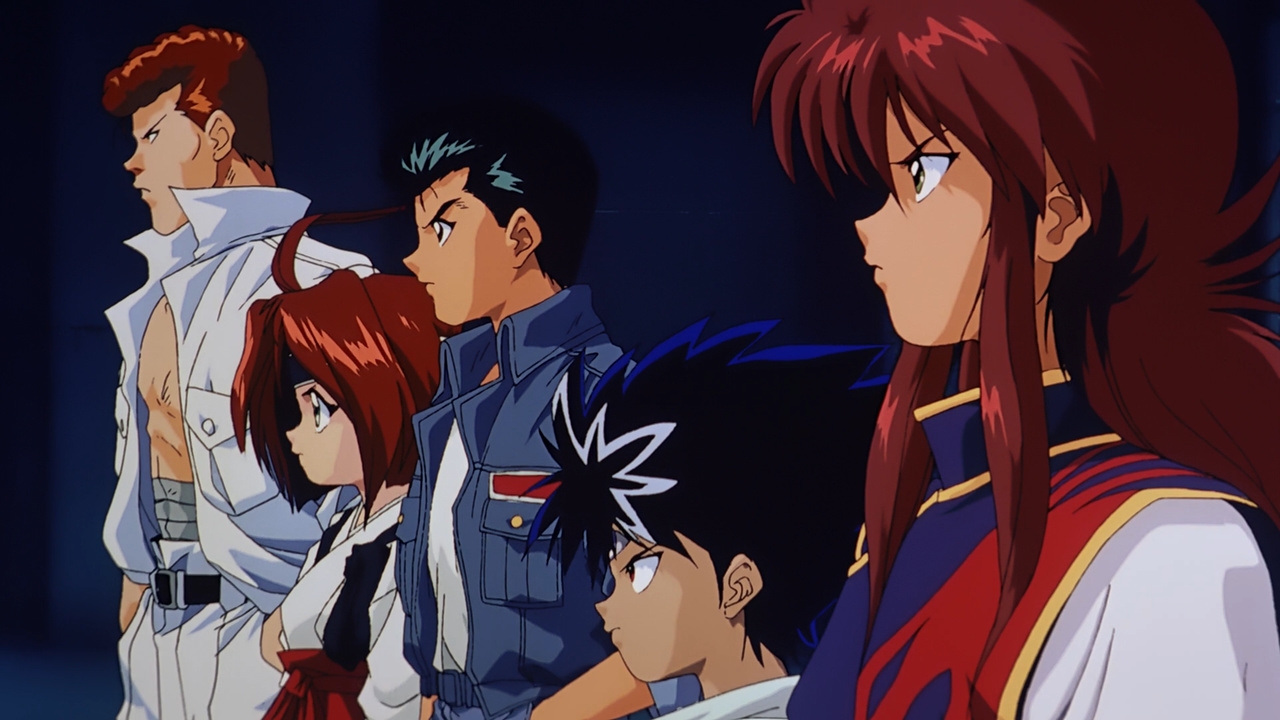 After seeing how much his death meant to the people around him, he accepts the offer to gain his life back along with the help of Botan and Koenma (ruler of the spirit world).

The first few parts of the anime follow Yusuke’s tasks to revive himself. Followed by meeting the other main characters such as Kurama and Hiei and facing off against the starter enemies of the anime. This includes the fights with the initial confrontation with the trio of Kurama, Hiei and Gouki. The search for the demon hiding among the applicants to be Genkai (the master of the Spirit Wave technique) disciple. The Saint Beasts who tried to take over the human world. As well as the introduction of the best antagonist of the series, the Toguro brothers.

This is followed by my favorite segment of the anime. The Dark Tournament is possibly the best tournament arc in anime as covered extensively by Somewhere Past Never. You can watch the video to get a better and more in-depth discussion on the arc.

The last two arcs aren’t all that great in my opinion as the anime peaked in the Dark Tournament for me. Still though, the anime ended perfectly in my opinion, though the epilogue from the manga has also been covered in OVA form. If you ever feel sad or want to feel good, you can always watch the ending of the anime.

Does it stand the test of time?

Headlined by legendary voice actors such as Justin Cook and Christopher Sabat. In my opinion, it is also one of the few anime where the English dub is superior to the original Japanese dub. If you’ve watched the anime, you should be able to instantly recognize the English dub for the majority of the main cast.

The characters are rarely ever one dimensional aside from certain one arc villains. Younger Toguro being one of the best antagonists. At first, you’d think he was just a stoic muscle-headed brute. He is far from that though as his backstory gets fleshed out during the story. It’s hard not to feel for the guy after the Dark Tournament arc ends.

The same applies to the protagonists, especially the main character Yusuke Urameshi. He isn’t a simple character. Most Shounen protagonists are goody two shoes idealists who always strive to do the right thing. Yusuke is foul mouthed, can play dirty, was a delinquent at the start of the story, and far from the normal main characters that you’d see in this setting.

Romantic scenes are rare but when they happen, they are absolutely amazing. Yusuke’s proposal to Keiko shows how well their characters are made. As one comment in the video pointed out, they never admitted to being in a relationship but you know damn well that they really do love each other. I wouldn’t blame you if you teared up a bit while watching it, I know I did.

The fight scenes are high quality. If you love anime fight scenes, then this anime will never disappoint. Not all fights are the same and generally the best fights do not end on conventional terms where the winner just overpowers their opponent.

The music is superb. The character themes and background music greatly enhance the experience and bring forth the right emotions for each scene they are used. The best example for me would be when Yusuke struggled to contain the energy that Genkai gave him. Meanwhile, Puu tried to assist Yusuke and give him water. The animation, dialogue, music, all blend so well that it’s hard not to feel any strong emotions during this scene. The transition from the smooth and calming music to the uplifting and powerful music as Yusuke overcomes his limits and pain to save Puu is one of the best scenes of the anime.

Don’t even get me started on the opening and ending themes. Especially the changing ending themes depending on where we are in the story. I was listening to the OPs and EDs while writing this.

All of the above is comparable or even better compared to the best of any recently released anime.

Unlike my previous retrospective into Slam Dunk, I do not have any anime suggestions for this anime. I haven’t really watched any other anime that gave me the same feel as Yu Yu Hakusho. Sure there are multiple Shounen anime out there, but this one just stands out to me for some reason. If you really want to, you can check out the recommendations from MyAnimeList.

Yu Yu Hakusho is hands down one of the best anime ever made. I never get bored rewatching it multiple times and is also perfect for listening to in the background while doing other things. If you want to experience one of the best anime around (not just in the Shounen genre), there is no better time to start than to watch it right now. 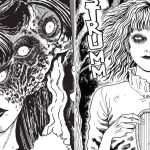