This year has truly been big for Netflix. From widening their variety of content and catalog to controversial discontinuations, the streaming giant has done it all in 2021. In fact, earlier this year, they even rebranded one of their biggest Twitter accounts in what was @NXOnNetflix to @NetflixGeeked. Now, series and movie fans know that there’s a venue for anything related to the culture of the geeks. And believe me, the pandemic has transformed non-geeks to geeks in just one My Hero Academia or Attack on Titan episode.

This will serve as the domain for all of the Netflix Originals under genres like comic books, video games, sci-fi, or fantasy in general. However, something bigger is coming to the streaming giant in partnership with Netflix Geeked––a whole week to celebrate announcements and title revelations.

What will it be about?

On a great refreshing Monday morning, the streamer announced an event called “Geeked Week.” From the 7th of June to the 11th of June, 2021, the virtual been will happen on the Netflix Geeked (@NetflixGeeked) Twitter account and will be a means to showcase some of the most fun title reveals and news from popular series and movies on the streaming platform. One of the most exciting parts is that there will also be announcements for unreleased projects, too!

Mark your calendars for #GeekedWeek! From June 7th to 11th, @NetflixGeeked will be LIVE with big news, exciting first looks, and more from the shows and films you love. pic.twitter.com/OX6udT7t13

What are the titles involved in Geeked Week?

While there really is no expecting on what the unreleased titles are because not everything is on Netflix anyway. However, the streamer did tease the fans of some of the shows involved during the span of the week. The list includes the likes of Masters of the Universe: Revelation, Lucifer, The Umbrella Academy, The Witcher, The Sandman, The Cuphead Show, Resident Evil, Sweet Tooth, Cowboy Bebop, and a lot more. You know Netflix and its secrets––it’s deeper than the ocean.

If you’re fans of the shows, you’re already aware that some of these series have new seasons either in production or literally just waiting for the release date to come. That list includes The Umbrella Academy and The Witcher. One of the most-awaited announcements, though, is Lucifer‘s release date as it’s pretty well-known by now that the series is on its last season. If anything, what a way to end the series. Some banter tweets to save your life down below, too.

It’s just that, for the most part, people will be looking forward to new Netflix projects. Masters of the Universe: Revelation and The Cuphead Show are upcoming titles on the platform. The latter is one of the more exciting ones as it does revolve around a video game series and if it weren’t for Geeked Week, we wouldn’t have had any updates on the adaptation. If anything, this is the first real piece of news for any of the upcoming series on the streamer. 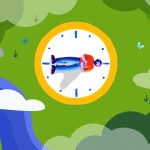