What’s up Naruto fans? It’s been more than a decade when the storyline of Naruto gave a different flavor to the anime world. Up to this date, the hype still resides among fans though the last episode for original series ended last 2017.

The lengthy appearance of this anime provides viewers an exact clue about the height of each characters. It is concretely presented on the story itself, so it doesn’t give viewers the guessing game vibe.

To give you a clearer overview of how tall these characters are, a table below is provided for your reference: Naruto series won’t come to life without Naruto Uzumaki, the main anime character of the story. He is 4’9″ tall during the start of the episode. As he turns 13 during the end of the episode 1, he grew to 4’10” (147.3 cm) height.

Naruto became  jinchuruki( possessor) of the Nine-Tails because of his father’s legacy on fighting the previous nine-tails. Sadly, this title gave him the cost of being shunned by most of  Konohagakure (Konoha).

Turn of events came when Naruto trained to become the most powerful ninja. The people of Konoha then gave a nod to Naruto being their hero.

No other ninja of his age can match Naruto’s skill. His special access to Kurama, through his Nine-Tails power, made him powerful beyond compare.

He played an instrumental role in winning the fourth Shinobi World War. By the end of the Naruto: Shippuden, the world gave him the recognition as a hero and became Konoha’s seventh Hokage (fire shadow). 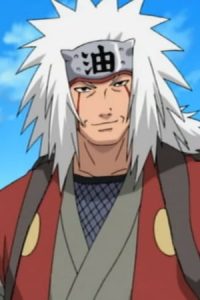 Jiraiya proves that a wisdom of the old is a map to the young. He made a crucial part on bringing out Naruto’s inner skills. He was in his 50’s when the episode started so it’s not surprising that he measures 6’3″ (190.5 cm).

Jiraiya is one of the three Sannins of Konoha, making him a legendary character in the series. He cascades all his lessons to Naruto which he got from travelling to different places. After his journey, he became more of a hermit. Sasuke is 4’11” tall during the start of the part 1 and grew to 5″ by the end of the part 1. When his older brother murdered the rest of the Uchiha clan, he decided to train himself to give justice to his clan’s death. After the training, he joined team 7.

Sasuke was bothered by his slow progress so he decided to leave the group and embark on a new journey.  This was the start of his character change. On a sad fate, he turned to be an international criminal.

The good part is, when he learned about his older brother’s actions, he took a step in ending and winning the fourth shinobi world war. Sakura Haruno was 4’11” tall during the part 1 and went into 5″ by the end of it same as Sasuke’s. Sakura manifests a low self confidence as seen on how she questions her ninja ability. She became even less unsure of herself when she joined  Team 7.

It’s not a surprise that she often relied on her chakra and avoided getting involved on a fight. It was her lack of self confidence that lead to her slim emotional understanding. As the story flows, Sakura learned the art of social skill.

Thus, the later part revealed her protective character to her friends, especially Naruto. Kakashi’s height measures 5’11” during the start of part 1 until the end of part 2. He was 26 during those episodes so it  makes sense that he had such an overwhelming height.

This character portrays a carefree ninja role with no desire to play responsibilities. On the opposite, Kakashi is one of the most skilled ninjas in Konoha. Ninjas and non-ninjas looked up to him and were constantly asking for his advice.

Kakashi took the task  of a leader for team 7 ( Naruto, Sasuke and Sakura) and taught the group the essence of teamwork.

Known by people of Konoha as the Kakashi of the Sharingan, he gained this reputation when Obito gave the Sharingan eye to Kakashi in replacement for his damaged left eye during the Third Shinobi World war. Itachi is 5’8″ during the part 1 and 5’10” on part 2. He projects a strong and determined character. A shinobi of Uchiha clan and an Anbu captain, Itachi never boasted his skill.

He is one of the few people who never treated Naruto badly for being a bearer of the nine-tails.

Itachi is a brother to Sasuke but the two had  ruined relationship when he killed his whole Uchiha clan. Sasuke vowed to avenge his clan’s death but on the other side, Itachi did the killing because he wanted to protect his brother. Hinata was 4″9′ when the series started and became 5″3′ during the beginning of Boruto. Hinata had a distinct past. She was once a heiress of the Hyuga clan but for a sad reason, she was culled from the role because the clan thinks she’s unfit for it.

Later on, she became a member of Team 8 and showed sincere admiration to Naruto’s advanced skills. She discovered her potentials through the help of her cousin, Neji.

Hinata has the ability to see things farther in a clean detail, which served as an advantage for her team as well. By the end of the first part, Hinata redeemed herself when she regained relationship to her clan. 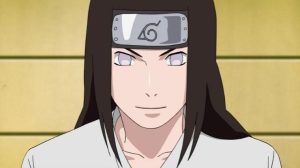 Neji was 5″2′ during the part 1 and grew to 5″8′ by the beginning of part 2. He is in possession of the Byakugan and a prodigy. But when he met Naruto, he discovered the full of his potentials.

Prior to meeting Naruto, Neji served on a Hyugan house and was not permitted to advance his abilities. It was Naruto who showed him how powerful he can be. So Neji decided to alter his present status and joined Naruto’s team for the sake of shaping his future. Gaara’s height measures 4″9′ during the part 1 and became 5″5′ by the beginning of part 2. He is a shinobi in Sunagakure. Just like Naruto, he was an outcast to his village  because he’s made up of the one-tailed shukaku power.

He differs in terms of his aggressiveness to kill people on his way. But it’s when he was defeated by Naruto that he refrained from hurting the weak.

He turned as the good guy and used his one-tail power to acquire the Sunagakure’s fifth Kazekage (the fifth Wind Shadow) status. He was 5″10′ during the part 1 and 5″7′ by part 2. Orochimaru is one of the legendary Sannins of Konoha. However, he works to fulfill a personal agenda. He wanted to unfold the world’s profound secrets at any costs.

He desired on making himself immortal so he could have a multiple lifetime to explore the world. Orochimaru inflicted harm to people because of his selfish ambition, he then fled to Konoha to avoid getting criminalized. 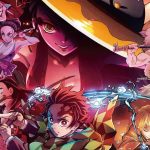 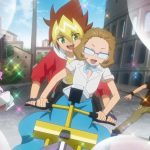