Marvel Entertainment just dropped a YouTube trailer of its upcoming dark superhero series, Moon Knight, a few hours ago, and it already has almost 7 million views! The phrase “Hello and welcome to Staying Awake” kicks off the trailer, which welcomes you to chaos as madness envelopes the show’s star Oscar Isaac.

We can’t wait to stream this original series on March 30 on Disney+.

In the six-episode series, we’ll get to see Steven Grant, an inconspicuous gift shop employee who experiences a constant blackout and past life memories. Steven discovers that he shares a life with Marc Spector, a former soldier suffering from a dissociative identity disorder. Marc is a medium for the Egyptian moon god Khonshu, further aggravating his dilemma over his mental condition.

Steven and Marc must explore their complex personalities while struggling to overcome the deadly mystery tossed to them by the powerful Egyptian gods.

Unlike all other Marvel TV shows, Moon Knight follows a whole new path and shows no connection with the MCU. First featured in the Marvel comics in 1975, Moon Knight initially has super abilities influenced by the moon phases but most recently has kept his powers on the down low, with the help of advanced technology.

Moon Knight is created and written by Jeremy Slater, and directed by Mohamed Diab together with the team of Aaron Moorhead and Justin Benson. 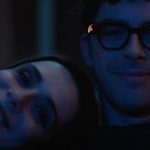 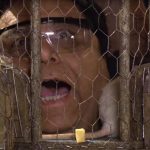