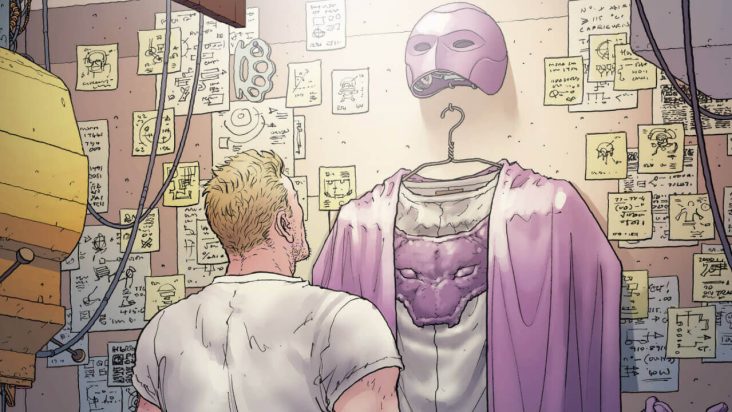 We’re a few steps closer to finally experiencing what it means to be included in the Millarworld Universe. Though many people prefer reading comics, seeing them come to life is a totally different experience. With that, Mark Millar’s Jupiter’s Legacy is set to release on Netflix globally in 2021, and here’s everything you need to know about the upcoming superhero-drama!

Jupiter’s Legacy is an upcoming superhero-drama based on Mark Millar’s comic of the same name. The source material of the Netflix Original is widely regarded as Millar’s best contributions to the comic world alongside Jupiter’s Circle. Fortunately for the streaming giant, the superhero-drama series will be the first title from the Millarworld Universe to see the light with the streamer.

Steven S. DeKnight is set to direct the series. Coming from a heavy load for Daredevil serving as the writer, producer, and director, Netflix got itself a hidden gem in signing an overall deal with DeKnight.

NXonNetflix alongside IGN will be testing the waters––finally lifting the lid on the series on the 26th and 27th of February as the show gets to take part with IGN’s Fanfest event. Here’s what you need to know about the story of the series:

“Ahead of the upcoming epic new superhero series Jupiter’s Legacy, comic creator Mark Millar and series star Josh Duhamel come together for the exclusive first interview about the highly anticipated project. In this exclusive conversation, we’ll get new details from Millar and Duhamel on how the expansive graphic novels jumped from page to screen in Netflix’s new series. New character details, new plot details and an Easter egg from Frank Quitely, we’re delivering answers on this superhero saga that has been years in the making.”

Set in the 1930s, Jupiter’s Legacy revolves around the first generation of Superheroes and their inevitable rise to fame and responsibility after receiving their powers. At the present day, however, the original heroes are now glorified as the elder guards. Carrying on the mantle of responsibility and superhero-ness are the children of the fabled heroes. The only thing is that they’re struggling to carry their parents’ names and feats.

If you’re confused about what the story of the Netflix series will be, then rest easy knowing that Mark Millar confirmed in May 2020 that the series is a “combination” of Jupiter’s Legacy 1 and 2 as well as Jupiter’s Circle 1 and 2.

In early 2019, Millar also confirmed that Netflix is the owner of Jupiter’s Legacy––giving them the freedom to tweak some components of the story. Not only that, but the streaming giant also owns Millarworld properties that have yet to be licensed out like The Kingsman and Kick-Ass.

Imagine what Marvel is to Disney and what Millarworld is to Netflix––they’re both one and the same. All of the future projects coming from Millarworld will be developed and created exclusively by the streaming giant. Though the comic book series isn’t quite as popular as Marvel, let’s hope that the co-existence of both parties create an even greater sum.

That’s not all, though! Thanks to IMDb’s updates, more stars are to be featured in the show

American Jesus wraps in Feb and none of our new projects launch until 2021. How will you cope? Here’s a wee preview of everything I’m writing at the moment from the drafting board in my office. #NetflixLife pic.twitter.com/ZOvMGjpIrH

Unfortunately, no official release date has been released by both Millar nor Netflix. However, Millar did tweet out that the likelihood of a 2021 release date is the most possible one. 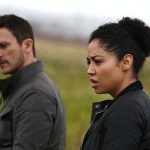 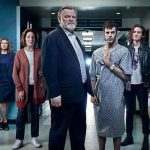