Well hello there, Stranger Things fan. Though there really isn’t much happening around the Stranger Things world, maybe a little backstory would suffice you of your content cravings. Remember Bob Newby? Yes, the ‘Bob’ that died during the second season. Played by Sean Astin, the character was extremely easy to love but unfortunately met his doom in season 2’s penultimate episode. For some, Bob’s death was short-lived––but his story was never supposed to go that far anyway.

Sean Astin’s Bob Newby was introduced during the second season of Netflix’s most popular sci-fi series, Stranger Things, as Joyce Byers’ (Winona Ryder) boyfriend. Working at the local Radio Shack, Bob always made time to visit the Byers residence to make efforts to become some sort of a father figure to Jonathan (Charlie Heaton) and Will Byers (Noah Schnapp). Though he didn’t look strong on the outside, he was the most mentally powerful––helping Joyce, Hopper, and Will’s friends get further in reaching the Mind Flayer’s possession of Will’s body.

However, when push comes to shove––Bob eventually sacrificed himself so that everyone else could make it out alive. What a hero, this Bob Newby is.

“The Mind Flayer,” the episode where Bob was killed, was a blessing in disguise for Sean Astin. Reportedly, the character was supposed to be killed much earlier––like episode 3 earlier. Instead of being eaten by Demodogs, the Duffer Brothers had different plans for Astin’s character.

In the second season’s third episode, Bob was supposed to be a victim of the eventual possession of Will’s body by the Mind Flayer. It’s just that Astin’s overall personality and likability were of the utmost importance––further delaying his death.

Either way, it looked as if season 2’s story was cohesive enough to warrant a third, even a fourth, season of the streaming giant’s sci-fi series. Now, we’re onto season 4! 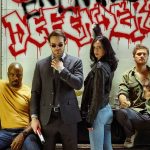