Well, well, well. Looks like Netflix just got the survey they needed. A new survey has revealed that more than half of Netflix subscribers share their password with someone outside of their homes like friends and literally-distant relatives.

This is the perfect time to point out how the streaming giant has actually increased its prices of their plans last week. However, it seems to be the most economical move for the platform as they have been getting some of the most top-notch bits of content in the industry following the happenings of the lockdown. With millions of subscribers worldwide, Netflix has easily been the most popular streaming service in recent times––and, boldly, maybe years to come.

The survey commission by Kill The Cable Bill has suggested that out of the 1,003 Netflix subscribers they interviewed, more than half admitted that they’ve shared their Netflix passwords with someone outside of their immediate family or with their children who do not live in their homes anymore.

Passwords have been shared with 17.7% of friends, 25.6% of family members who are not in their immediate families, and 9.2% for children no longer living in their homes. Those who don’t share their passwords, however, come at a staggering 47.5%.

Some have speculated the graph because the sample size may not have been huger than expected––considering there are millions in the world and only a thousand in the graph. However, it does reveal that more than 50% more people have access to the streaming giant than the number of subscribers indicates.

Still, that shows that the majority of people actually choose Netflix to be their source of entertainment as compared to other streaming services because the streamer has dominated the numbers game while at a disadvantage of people sharing their accounts to those outside their homes. Meaning if those people actually had their own accounts, Netflix’s subscribers would double or triple easily. 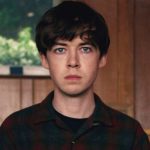 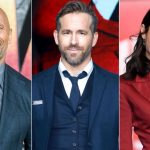