Vash Set to Spread the Love and Peace in Remake, Trigun Stampede
If you didn’t know then Trigun isn’t actually a new anime! Trigun Stampede is in fact to be a CG remake of the original Trigun anime television series released in 1998. The anime was adapted from Yasuhiro Nightow’s 1995 “Trigun” manga that was published in a shōnen manga magazine called Monthly Shōnen Captain. 25 years later Sony’s Crunchyroll service will be bringing an amped up CG reboot of the classic western shooter, Trigun Stampede

25 years after the first anime series, #TRIGUN will
be reborn in 2023 entitled TRIGUN STAMPEDE, produced by the Japan’s best 3D animation
studio Orange (@cg_orange_inc) with an all-new staff and cast. https://t.co/HqMU1s6sMN pic.twitter.com/a0R1TGsnMg

This time around Studio Madhouse (Overlord, Boogiepop, Sonny Boy) won’t be animating the Trigun Stampede series, which seems understandable as this is to be a 3D animation adaptation. Studio Orange, the CG imagery masterminds behind Black Bullet, Beastars, and Gozilla Singular Point are set to animate Trigun Stampede. Though Nightow’s involvement is confirmed, their hasn’t been much follow up about the storyline and the voice-over cast for Trigun Stampede. Crunchyroll is set to simulcast the series globally, with further details to be revealed in the upcoming Anime Expo 2022.

The original Trigun anime was adapted from Yasuhiro Nightow’s 1995 “Trigun” manga that was published in the Monthly Shōnen Captain magazine. The plot is set on the planet Gunsmoke where rumours of a ruthless gunman Vash the Stampede manifest. In reality Vash’s a softie who ends up in the worst possible situations, and due to that he must now safeguard his life from bounty hunters gunning for his head.

Nightow based Trigun off of American Western shooters, but with a blend of a protagonist who despises killing, further seasoning the series with detailed character exploration. The Trigun manga soon became a fan favourite, leading to an anime being directed by Studio Madhouse’s Satoshi Nishimura. The original Trigun 1998 anime aired with twenty-six episodes, which was then followed up a decade later in 2010 with a feature film labelled Trigun: Badlands Rumble. Now a new 3D reboot is set as Trigun Stampede. 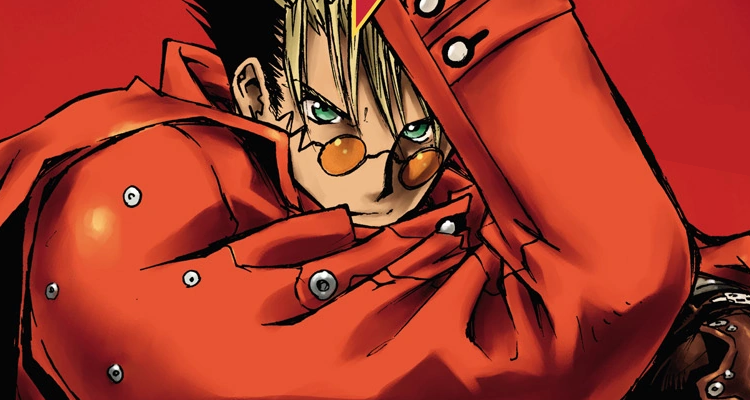 If you want to dive deeper about the remake then tune in on the Anime Expo Panel being held on 2nd July. It will be attended by the creator Yasuhiro Nightow, Kouji Tajima (Designer), and Kiyotaka Waki (Producer at Orange) in Los Angeles. Studio Orange will also have their own Crunchyroll panel at the JW Marriott Hotel Anime Expo where they’ll talk more Trigun Stampede with Yasuhiro. 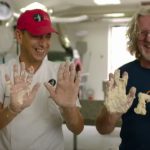 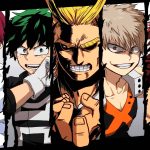