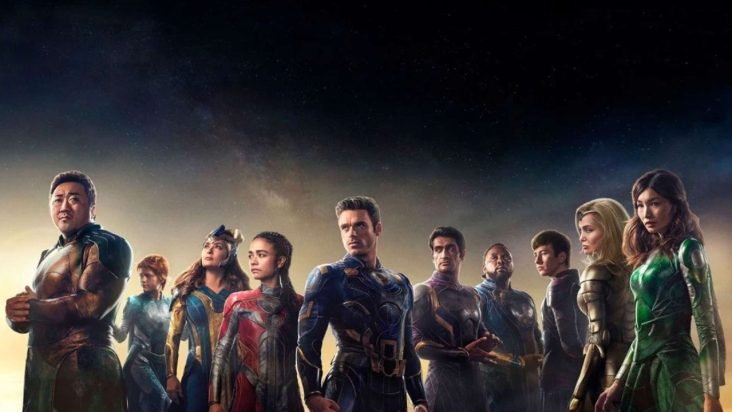 After this MCU’s Hollywood debut on October 18 2021, we are happy to announce that Eternals finally premieres on Disney Plus next week Wednesday, January 12.

What Is Eternals About?

Eternals is about a new group of MCU immortal superheroes who have been living in the shadows for thousands of years. However, the unexpected events of Avengers Endgame force them to team up against humanity’s oldest enemy, The Deviants.

The film is directed by Chloé Zhao, who also directed the movie Nomadland for which she won a couple of Oscars. The cousin duo, Matthew and Ryan Firpo wrote the movie’s script.

The Cast of Eternals

Marvel Studios put together an incredible team of A-listers for the superheroes’ roles.

First, we have the Academy Award winner Angelina Jolie as fierce warrior Thena and Richard Madden, who played Prince Kit in the 2015 Cinderella film as all-powerful Ikaris.

Despite its powerful cast ensemble of Hollywood stars, the film received mixed reviews, with 47% rotten tomatoes, 68% score on IMDb and a 52% Metacritic score.
Richard Roeper from Chicago Sun Times described the movie as “one of the more forgettable MCU movies” while Johnny Oleksinki from New York Post said, “Chloé Zhao has upchucked one of the MCU’s worst movies in ages.”

However, some positive critic and user reviews with 78% likeability make this movie a must-watch if you are a marvel fan.