One of Netflix’s most beloved tv shows is back for a fourth season. The first seven episodes of Ozark season 4 will be available for viewing on Friday, 21, 2022.

Netflix dropped the series’ trailer last night. The headline of its Twitter post reads, “Your greatest threat will always come from the inside…”

"Your greatest threat will always come from the inside…"

Though the entire season consists of 14 episodes, only the first part will be launched two weeks from now. There are yet no details on when the second part will be released.

The trailer recaps some notable scenes from the previous seasons, such as the almost execution of Marty Byrde by Del Rio and Helen Pierce’s death. All these are showcased with Byde’s voiceover as he narrates the implications of some choices. In the course of the flashbacks, you get to see a grisly car accident involving the Byrde family.

You are going to see some familiar faces in the fourth part of the series. And I say some in this context because, unfortunately, season 3 saw the end of some characters including, Ben Davis played by Tom Pelphrey and Helen Pierce, played by Janet Mc Teer as they died.

Much to our delight, Jason Bateman will come back as Marty Byrde and Laura Linney as Wendy Byrde. Their kids will also return as Jonah and Charlotte, played by Skylar Gaertner and Sofia Hublitz.

Will Ozark Return for a Fifth Season?

Much to our disappointment, the fourth part is the show’s final season. So, soak up the good moments as much as you can. 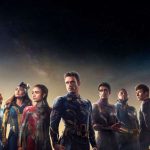