Netflix has been on a far and wide search for virtually impaired actresses to star in their adaptation of All The Light We Cannot See. At last, they landed on Aria Mia Loberti, a blind academic who will make her acting debut as Marie-Laure in the four-part series.

After a worldwide search of blind and low vision actresses, Aria Mia Loberti — who is blind — will make her acting debut as Marie-Laure, the star of All The Light We Cannot See, an epic four-part limited series that will be released with audio descriptions. pic.twitter.com/cICu0tWPbv

That’s not even the end of the news as the iconic actors, Mark Ruffalo recognized as Dr Brunner Banner “Hulk” in the Avengers movie franchise and Hugh Laurie known as Dr House in the medical drama series, House will star next to the show’s newcomer.

You might recognize Aria Mia Loberti from her 2018 talk about The Power of Solidarity and Silence on the YouTube channel TEDx Talks. Loberti is a strong advocate for the blind and visually impaired whose local activism landed her an Outstanding Youth position on the UN Women’s Task Force.

She is also an academic, research assistant, yoga instructor, President of URI’s Rhetoric Society and now a newbie actress. She’s truly an inspiration that we can do anything in life despite our body mishaps.

What We Know About The Show So Far

All The Light We Cannot See is based on the Prize-winning novel of the same name by Anthony Doerr. It features a blind teenage girl who meets a young German soldier Werner. The two strive to survive amidst the chaos of World War II in France.

The show’s executive producers will be Shawn Levy, Josh Barry and Dan Levine, working with 21 Laps Entertainment. Joe Strechay will be the associate producer and a Blindness and Accessibility Consultant.

What we know so far is that Loberti will be playing Marie-Laure the blind teenager, while Ruffalo will portray her supportive father. Stay tuned for more information on the show’s cast as production continues. 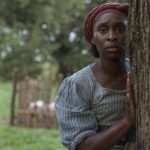