On the 8th of July Disney released the first teaser trailer for their upcoming film titled Encanto. The teaser introduces the viewers to an extraordinary family, the Madrigals, who live hidden in the mountains of Colombia in a vibrant town, inside a magical house. The Madrigals however are not your typical family, as all of them are blessed with their own unique magical gifts, all except for one, Maribel.

In an exceptional Family blessed with powers such as super-strength, shapeshifting, flora manipulation, etc. There is Mirabel, an ordinary 15-year-old who seems to lack any sort of unique magical gift struggling to find her place in her family.  But when she discovers that the magic surrounding Encanto is in jeopardy, Mirabel decides that she, the lone ordinary Madrigal, might just be her magical family’s final hope.

In recent years, Disney has been straying away from the common European lore that most of its animated fantasy films were based on in the past and more so towards other cultures outside of Europe, for example, Moana, which was heavily influenced by Polynesian and Pacific Islander culture, Coco which was based on Mexican culture and Raya and the last dragon, which was based on Southeast Asian culture. We’re starting to see a pattern as Disney continues with Encanto which is based on Colombian Culture.

Encanto will be released first in cinemas on the 24th of November, just in time for the Thanksgiving holidays.

Disney has confirmed that the film would be released in cinemas first, with a 30-day exclusive theatrical window. Meaning that the film will be available exclusively in theatres for 30 days, and unlike Black Widow’ or Cruella, Encanto won’t be released on Disney+ not even on Disney+ Premier Access for the time being. The new animated classic film, Encanto, will be coming to Disney+ on Christmas Eve, Friday 24th December 2021.

The following are the currently announced castings for the animated-musical film:

Encanto is the 60th film produced by the studio, the film is directed by Byron Howard, the one who directed Zootopia and Tangled. The film also features all-new original songs by Grammy and Tony winner Lin-Manuel Miranda who also made music for Hamilton and Moana. What are you most excited about this new Disney film? Tell us in the comments! 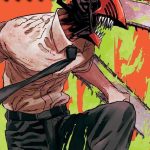