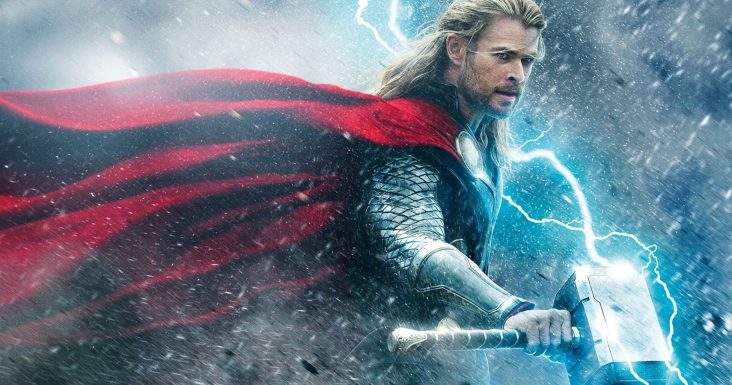 Any Marvel fan worth their salt probably knows the inscription engraved on Mjolnir, the god of thunder’s trusty hammer. “Whosoever holds the hammer, if he be worthy, shall possess the power of Thor”.

Even characters within the Marvel films and comics themselves get as curious as any Marvel fan when it comes to figuring out just how Mjolnir’s magic works.

Just what exactly makes someone worthy? Can it really not be lifted through sheer force? How steadfast are the rules? Are there loopholes? I’m sure some of these questions have crossed your mind at some point, if not something similar to them.

Whatever the case, it’s undeniable that those that are capable of using Mjolnir gain immense power. Here are all the characters we’ve seen in the MCU whose comic versions could lift the hammer, which makes those of them who still couldn’t lift it in the MCU prime candidates in the future.

Note: I’ll only be considering characters whose 616 counterparts (the main comic universe) can lift Mjolnir. Because if I consider other universes; well, by the rules of the multiverse, there’s a version of everyone that’s worthy. There are exceptions though, people who are worthy in the MCU but aren’t in the comics, I’ll include them too.

Mjolnir’s very first wielder is the All-Father himself. This one’s pretty obvious, Odin is literally the one who put the enchantment on Mjolnir in the first place so it makes perfect sense that he’ll have absolute authority over it. Hel, the chances are, the standards of whether or not someone is worthy are probably dictated or influenced by Odin himself.

The most well-known and most common user of the hammer of Thor is, of course, Thor. If you’re even just a light Marvel fan, you still probably know the story. Thunder god gets awesome hammer, does stupid stuff, becomes unworthy, does good stuff, becomes worthy.

Despite all his flaws and mishaps, he keeps getting back up and reminds us why he’s the god of thunder. But will he get to keep that title in the newest installation: Thor: Love and Thunder? Well, you’ll just have to watch and see true believers.

The sentient android born from the mind stone gets to use Mjolnir from day 1. Eat your heart out Thor (props to him though, not a jealous god that Thor). A little fun fact, Vision was never actually shown to be capable of lifting Mjolnir in the comics’ 616 universe.

In the MCU however, most likely due to being a pure and innocent being, Vision effortlessly picks up Mjolnir.

Though there’s also the argument that the reason Vision could pick it up is because he’s a machine and therefore not a person and so the enchantment doesn’t apply to him. The true reason is never really stated. It also sparks the question of whether Ultron can lift it then. But since Ultron hasn’t been shown to lift it in either the MCU or the 616 universe, I won’t be including him on the list.

Another major change is that in the movies, Hela was Mjolnir’s first wielder. It was Odin in the comics, and Hela wasn’t even a candidate there. It kind of makes you wonder why the hammer considered her worthy despite her desire of dominating Asgard. Does it just remember her touch? Is it just her destiny? That’s a conversation for another day.

One of Endgame’s big moments was Steve finally being worthy of Mjolnir. We’ve been hinted of his worthiness in Avengers: Age of Ultron where Steve managed to slightly nudge the hammer. The moment I saw the hammer rise, while Thor was getting a massive beatdown from Thanos, I immediately knew it was Steve. Goosebumps!

I guess it’s pretty safe to say though that we won’t be seeing the first Avenger ever getting thunder powers ever again… Or is it? Ever wonder if Steve Rogers really is dead in the MCU?

If you’ve seen the trailer for Thor: Love and Thunder, Jane’s probably the one you’re looking forward to the most on this list.

In the comics, she gets Mjolnir after Thor becomes unworthy due to a secret Nick Fury whispers to him. It doesn’t seem like that’s how it’s going to go in the MCU but we’ll just have to go and watch the movie to make sure.

She also gets the nickname: Lady Thor though she simply gets called Thor often enough. Another interesting little fact is that the engraving on Mjolnir actually changes from “if he be worthy” to “if she be worthy” once Jane becomes its user.

Loki might be someone who’s just as unlikely to be worthy as Hela herself if not more. He switches sides more often than Spider-Man changes film studios. How can he possibly be worthy?

Well, you’d be right to doubt him. In fact, the only reason Loki even becomes worthy in the 616 universe is because of a plot point where his moral compass gets reversed and so he becomes a good guy for realsies. And yeah, it was only temporary though.

MCU’s Loki on the other hand might have a better shot since his character development in the Loki TV series makes it seem like he’ll genuinely stop being a bad guy for good this time. One can only hope.

I don’t know if we’ll ever get the chance of seeing this one on-screen. Even if the Asgardians repaired it after the first Thor movie, The Destroyer likely became The Destroyee when Surtur blew up Asgard in Thor: Ragnarok. It’s still a cool concept though.

The reasoning for this one is not that The Destroyer is worthy but that it simply doesn’t have sentience and therefore is neither good nor evil. As Odin described it in the comics, The Destroyer wielding Mjolnir is simply “One weapon holding another”.

Moon Night is a special character on this list as he’s technically neither “worthy” nor is he a soulless machine that can lift the hammer because of the loophole that machines are not people and are not unworthy.

He has his own loophole that pretty much applies to just him and the moon god Khonshu. It turns out that Uru, the metal Mjolnir is made out of, comes from an ancient moon that was destroyed in a fight between two ancient gods. And Moon Night, thanks to Khonshu’s powers, has the special ability to manipulate the metal which is technically moon rock.

Sounds like a little a stretch I know, but hey, it’s in the comics, and Moon Knight’s recent introduction into the MCU puts that into consideration.

Similar to Loki, Carol Danvers’ time with Mjolnir was a temporary one. Her DNA was simply mixed with a clone of Thor and so gained the capability to summon and use Mjolnir.

It’s unlikely that we’ll see this in the movies any time soon but the thought of someone already as strong as Captain Marvel wielding the powers of a thunder god is something truly terrifying yet awesome.

Yet another character who’s worthy in the comics. T’challa and his ancestors actually have a history with the hammer and apparently are connected to it somehow. Even being able to wrest it from Moon Knight’s control.

But that’s not just it. Regardless of heritage, I’m sure T’challa, and in turn, Chadwick Boseman, is plenty worthy of Mjolnir. Wakanda Forever. 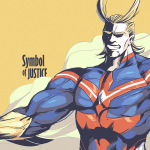 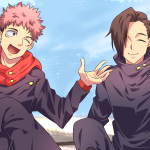