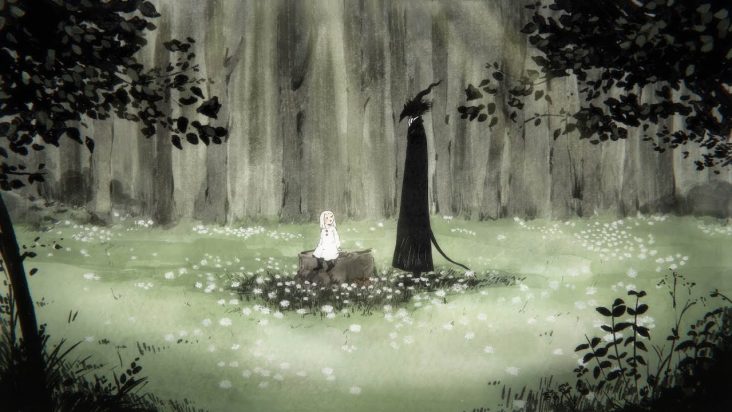 With summer in full swing right now, there’s nothing like kicking back at home, grabbing a snack, and tuning in to them fancy Japanese cartoons.

But with dozens of anime popping out monthly, it can be tough to keep track of it all and to pick which ones suit your interests or which ones you want to risk.

Here are some of the anime you’d wanna keep an eye out for this July! I’ve compiled them in a way that’ll suit a bunch of anime fan types. Whether you prefer shonen, romance, Isekai, or anything in between, you’ve come to the right place.

Contents show
1 For the Isekai Anime Lovers:
1.1 Uncle from Another World
2 For the Sports Anime Enthusiasts:
2.1 SHOOT! Goal to the Future
3 For the Shonen/Action Connoisseurs:
3.1 RWBY: Ice Queendom
4 For the Mystery/Supernaturally Curious:
4.1 The Girl From The Other Side
5 For the Comedy Enjoyers:
5.1 Teppen—!!!!!!!!!!!!!!! Laughing ’til you Cry
6 For the Lovesick Romance Fans:
6.1 My Stepmom’s Daughter Is My Ex

For the Isekai Anime Lovers:

Uncle from Another World

Uncle from Another World Trailer

As per usual, tons of new Isekai anime are coming out this month, but this one especially caught my eye. The show’s premise is about a man who wakes up from a 17-year coma. It turns out that during that coma, his consciousness was actually transferred to a fantasy world where he learned to make use of magical arts.

So now he’ll have to learn and adapt to all the major changes the world went through in the past 17 years with his nephew. All the while still being in control of the magic powers.

From the looks of it, instead of the usual Isekai shows which focus on the other world, this one is centered around what happens when someone actually comes back from the fantasy world. A really unique and fascinating way of depicting this genre.

It’s rare for an Isekai’s plot to be eye-catching due to the sheer number of them constantly being released, so this one’s looking really promising especially for those who have been feeling burnt out on Isekai recently and want something fresher.

For the Sports Anime Enthusiasts:

SHOOT! Goal to the Future

SHOOT! Goal to the Future Trailer

MyAnimeList Manga Rating: This season is an original/not adapted from anything

This football anime is apparently a continuation of an anime called “Blue Legend Shoot!” which ended in 1994. The manga also ends where the anime did so this season’s plot is an entirely new and original story that’ll pick up where the series left off.

It’ll show some of the characters from the previous series who have now grown up. But the main focus of the show is going to be on a new cast including Hideto Tsuji who attends the previous cast’s high school. The school’s football team has gotten weak and lost all of its former glory. Hideto, who isn’t even interested in the team, meets Atsushi Kamiya, the team’s former captain from the previous series. This sparks a series of events that will lead to greatness.

I admittedly have never seen the original Blue Legend Shoot! Anime, but I’m definitely curious about this one. It has the typical person who doesn’t care about the sport at first but comes to love it trope but hey, don’t fix what isn’t broken right?

MyAnimeList Manga Rating: 7.17 but the manga isn’t really the source.

This anime recounts Ruby Rose, Weiss Schnee, Blake Belladonna, and Yang Xiao Long’s early days in Beacon Academy while also possibly showing us new stories we haven’t seen in the first RWBY run. Join them with their outrageous weaponry and powers as they train to be hunters and one day face the Grimm and the dark forces that control them in the world of Remnant.

This one’s going to be a little controversial. Like Avatar: The Last Airbender, debates about whether or not to consider RWBY an anime have been going on ever since the show’s conception. One look at RWBY and you can immediately tell the heavy influences anime had in its creation despite not actually being created in Japan.

This one actually IS a 100% pure anime. Created by Shaft, the studio responsible for the Monogatari series and Madoka Magica, this show is Japan’s own take on the American series. It’s not exactly a remake or a reboot as RoosterTeeth themselves have made clear, but it’s not exactly a hundred percent the same either.

The Girl From The Other Side

The Girl From The Other Side Trailer

A story about two beings who aren’t supposed to interact with each other. Shiva, a young girl from the Inside finds herself in another realm… the Outside.

Naming senses aside, the Outside is a realm unfit for humans, a realm where deadly creatures live. These dark creatures are supposedly fit only for cursing people. But Shiva comes across a peculiar Outsider called Teacher and the two form an unlikely duo. Not being able to touch each other yet coexisting nonetheless.

This anime movie was actually released this March but for some reason has not gotten a proper English sub/dub until now. This looks and sounds like a really good watch at night or whenever you’re feeling melancholic.

For the Comedy Enjoyers:

A diehard comedy fan named Sakamoto Yayoi enrolls in Kazuki High School with dreams of one day being a comedian herself. She encounters a childhood friend there who used to do comedy acts with her and even formed a duo with her called “Konamonzu”. They get their act back together and maybe even meet some fresh faces who can help them.

A new anime that’s being adapted from a new manga (came out last year and doesn’t even have a MyAnimeList score yet). This one’s more of a gamble than the other anime on this list but I’m willing to give it the benefit of the doubt.

Nothing screams comedy anime more than an anime about two literal aspiring comedians. But the fact that it actually is about comedy is another risk. This’ll either be a gut-buster or a cringe-fest if they try a little too hard on pushing the comedy. Fingers crossed.

For the Lovesick Romance Fans:

My Stepmom’s Daughter Is My Ex

My Stepmom’s Daughter Is My Ex Trailer

The title is pretty self-explanatory. The plot of this anime is about Mizuto Irido and Yume Ayai, two ex-lovers who find themselves, for better or worse (probably worse), ending up as step-siblings.

NOW I KNOW WHAT YOU’RE THINKING!

And I can’t blame you, that’s immediately what came to my mind when I first read this anime’s premise. I’m sorry if you liked Domestic na Kanojo, I personally didn’t. I even dropped it. It’s a discussion for another day. Please don’t flame me in the comments.

But anyway, from the reviews I’ve read about the people who’ve read the light novel, this anime actually apparently feels nothing like Domestic Girlfriend. It’s a more wholesome and comedic story, and honestly, from watching the trailer, I agree. I’m willing to give this one a shot as it legitimately looks good. Fingers and toes crossed on My Stepmom’s Daughter Is My Ex.

And if I liked this one, maybe I can finally finish up Domestic Girlfriend and post a comparison or something. We’ll see.

And that’s that. Tons of anime with great potential coming out this month. What upcoming anime this July would you recommend to your fellow anime fans?

Or maybe your friends aren’t anime fans themselves? Well, if you can forgive them, there’s no shortage of ways to convince them to at least give the media artform a try. Here’s 6 reasons why people love anime. 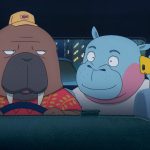 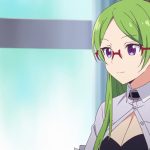