Cheers to the freaking new year! Netflix sets to drop the second season of the original docuseries Cheer on Wednesday, January 12 2022. Fans of this show were forced to wait for what feels like forever since Cheer season 1 made its debut in January 2020. So, it’s exciting news to hear the release of season 2.

Netflix announced the premiere of Cheer season 2 on Twitter on December 28 2021, with the logline, “Navarro Cheer is back, and their rivals are stronger than ever.”

Navarro Cheer is back and their rivals are stronger than ever.

In addition to the Twitter announcement, Netflix dropped the series’ YouTube trailer on December 28. The two-minute video showcases Navarro College’s cheerleading members exploring their newfound recognition as well as their challenges within and outside the team. It also briefly mentions Harris’ arrest scandal, with Aldana responding to the news by stating that she couldn’t fathom.

How Will The Show Address Jerry Harris’ Arrest?

Harris rose to stardom with his groundbreaking role in the first season of Cheer. However, in September 2020, he was arrested on account of federal sexual misconduct consisting of child pornography and soliciting.

His arrest impacted the team severely because season two’s filming was already underway, pending the charges. Episode 5 of season 2 will focus on the accusations against Harris. His brothers will feature in an interview where they come forward to file a lawsuit against him, claiming that his inappropriate behavior started when they were 13.

Season 1 of Cheer is still available on Netflix, giving you the chance to catch up on its foggy storyline as you wait for season 2 to premiere. 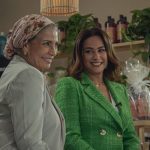