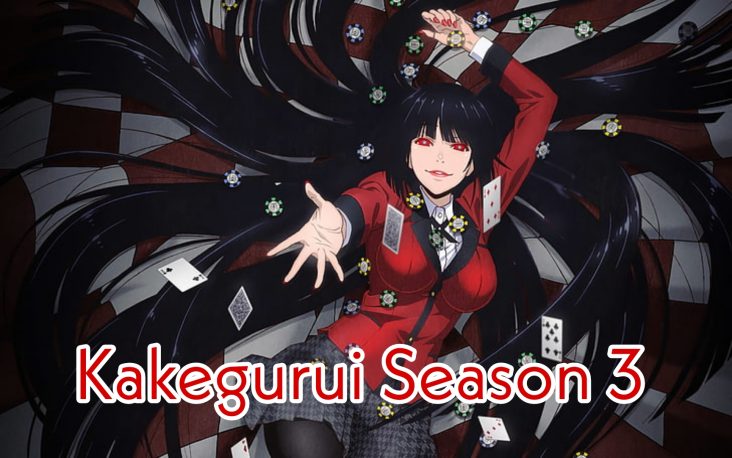 Kakegurui, or better known as Kakegurui-Compulsive Gambler, is an anime television series that originally broadcasted in 2017 on Netflix with 12 episodes. The anime is an adaptation of the manga Kakegurui, written by Homura Kawamoto and visualised by Tōru Naomura. The series was animated by Studio MAPPA, and it aired between July and September 2017 on Tokyo MX, MBS. Netflix retained the streaming rights, and released the series’ all 12 episodes in sub and dub.

Kakegurui Season 3 has been a topic of passionate discussion lately, and so we will be releasing all the known facts about the confirmation of a season 3.

As you may know Studio MAPPA is currently tied up with animating the upcoming Chainsaw Man anime and the Kakegurui Twin spin-off, so the likely scenario seems to be that we will be getting a Kakegurui Season 3 soon.

The spin-off’s release in August marks the fact that MAPPA hasn’t forgotten the series, and this is a likely speculation. So hang in there right for now. We’ll further discuss with you all the known rumours, and info regarding the Kakegurui Season 3 release date, plot, reception, cast, and lots more.

The manga has been a collaboration between the writer Homura Kawamoto, and illustrator Tōru Naomura. 14 volumes have been released as of February 22, 2021. A fifteenth addition is headed for compilation and release during sometime in October, 2022. Since release, the manga has had numerous spin-offs, amongst which Kakegurui Twin is set to receive an anime adaptation this August.

Season one had a terrific run during its release, and soon after season two came to our screens in January, 2019. An announcement for a Kakegurui Season 3 release date by Studio MAPPA still remains a subject of discussion.

A Kakegurui Season 3 seems very possible to happen sometime in the future. As for the season 3 release date, at the earliest we could expect early 2024, and if we’re lucky it just might stream on Netflix during winter 2023.

You know the plain facts, a spin-off is headed everyone’s way, and keeping that in mind it is easy to deduce that no trailer for Kakegurui Season 3 exists at this moment. Though the future of the series seems bright.

Both the season’s of the series have received much claim from audiences, making it currently a very talked about topic in the pop culture world. Due to its popularity amongst otakus, we know for certain that Studio MAPPA can’t stop denying the request for long.

For now we can only speculate about the potential look at a trailer for a third season of Kakegurui, which might not be until Summer 2023 at the earliest.

It’s impressive and thrilling take on gambling has peeked the interest of many fans, earning it unconventionally positive acclaim from critics and fanatics alike. The series has been a banger so far, and it just keeps getting better. Its psychologically challenging episodes, mysterious characters, and blissfully twisted games have earned it an astonishing rating of 7.26 on MyAnimeList for season one. The second season of Kakegurui contained 12 stunning episodes as well, which garnered it an exceptionally well 7.20 score.

More than 5 million copies have been in circulation since 2019 of Kakegurui. This led to multiple live-action adaptations of the series including dramas, as well as movies.

What will Kakegurui Season 3 be about?

News about whether the third season will directly take inspiration from the manga, or will it stray towards originality hasn’t been revealed as of yet. The anime is known to change the order of events that take place in the manga, which results in different characters being introduced at different times. As the story of Kakegurui Season 3 hasn’t been confirmed yet, we’ll give you a recap of the events so far.

Yumeko Jabami is a mysteriously alluring transfer student in the infamous Hyakkaou Private Academy. She appears to be innocent, and unbeknownst to the dangers of gambling, but that assumption turns out to be wickedly false. Yumeko soon decimates every gambling event, turning out victorious in one after the other. As she soon catches the eye of the student council president, further commotion stirs up, sending shockwaves throughout the system.

The anarchy that develops after Yumeko and the 105th student council president Kirari Momobami meet, leads to events that shaped the future of not only the academy but the state as well.

Who will be in Kakegurui Season 3?

No confirmed news has been revealed disclosing the cast, but the usual tendency is expected to be followed with recurring cast characters. Though the exact cast may not be known, we still have an idea of everyone who will most likely return;

Where to watch Kakegurui Season 1 & 2?

The first season aired from July to September 2017 on Tokyo MX, and MBS. A sequel broadcasted from January to March 2019 on the same channels. Netflix had licensed the series for a western release, marking the Kakegurui franchise as a strong addition to its anime line-up. Both seasons are available to stream on Netflix in dub and sub.

Will there be a Kakegurui Season 4?

The anime is known to stray away from the manga at certain instances, leading to slightly varied events. Even though that might be the way Studio MAPPA likes to do things, there is certainly enough material as of 2022 to adapt a fourth season of Kakegurui.

The third season is all but guaranteed to happen, and there is abundance of manga material for the possibility of a Kakegurui Season 4. Though don’t expect it to release until 2026.

The probability of a Kakegurui Season 3 totally shows omens of materialisation, but that time is still a hefty number of months away. Till then fans can certainly catch up on Netflix watching the previous two seasons, whilst eagerly awaiting for the upcoming spin-off in August. All the right boxes seemed to be tucked for Kakegurui, so fanatics should rest at ease. 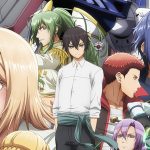